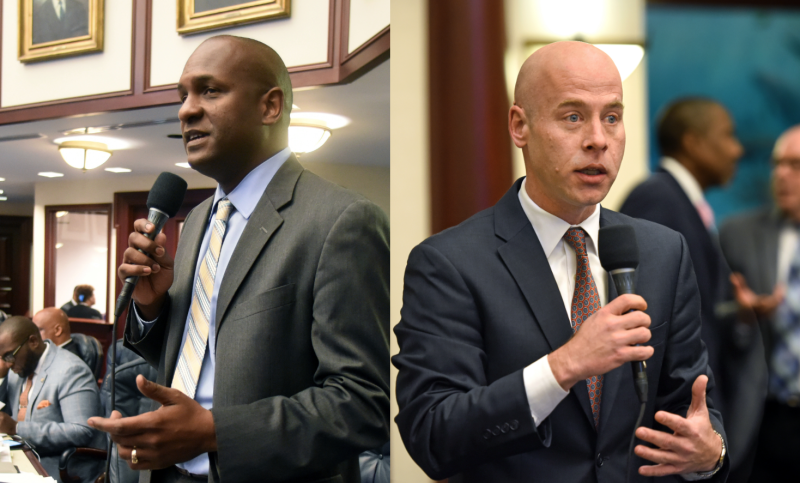 Florida House Democrats have chosen their leaders for the next two election cycles through 2024, settling the chain of succession for much of the foreseeable future as party members acknowledge they must win more seats to hold meaningful power in the Republican-controlled chamber.
Caucus members elevated Reps. Bobby DuBose, D-Fort Lauderdale and Evan Jenne, D-Dania Beach to lead them starting in 2020, after they pitched an unusual agreement to split policy and campaign responsibilities among the two lawmakers after Leader Kionne McGhee’s term ends in a year and a half. The caucus also voted for Rep. Ben Diamond, D-St. Petersburg, to take over the leadership in 2022.
Read more at the Miami Herald.
Image: Reps. Bobby DuBose and Evan Jenne, via Florida House