« Parents of kids shot at Parkland school file more than 20 negligence lawsuits | Main | Are the 'sanctuary city' bills dead in the FL Legislature? » 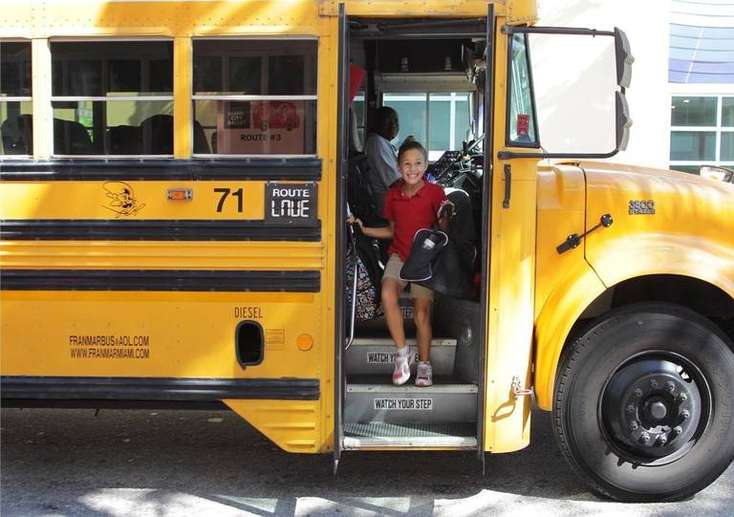 [Miami Herald file photo]
The Ways and Means Committee in the Florida House voted to approve a major tax package on Thursday which would require school districts to share additional revenue with charter schools that is the result of local referendums to raise property taxes.
The measure, House Bill 7123, would affect Miami-Dade, Broward, Pinellas, and about a dozen other districts around the state which have had these types of voter-approved raises. Those districts would be required, starting in the upcoming budget year, to spread that wealth to charter schools, which are financed by taxpayers but managed by private entities.
The chair of the committee is Rep. Bryan Avila, a Republican from the Miami area, where the school district is currently undergoing negotiations over a successful November ballot measure that was intended to give teachers a raise.
But school officials in Miami-Dade have said that they would not be granting that extra money for teacher salaries to charters, though they would consider sharing a portion for school security measures.
“We did not hear one piece of testimony whatsoever from anybody here from somebody from a school board. And I think that’s telling," said Rep. Blaise Ingoglia, R-Spring Hill during Thursday’s meeting. “It’s because they know, deep down, that what they attempted to do with cutting out these charter schools was absolutely wrong, unethical, immoral and trying to skirt the law."
Under this bill, if districts do not share their property tax referendum money with charter schools, the state may withhold other monies.
The tax bill passed without any amendments, despite several from Rep. Anna Eskamani, D-Orlando, which would have changed the portion referring to charter schools. Her suggested changes would have either removed that section completely, or required charter schools to use the extra funds for the purpose outlined in the referendums, or at least stated that districts will not held responsible for misuse of referendum funds by charter schools.
Republicans on the committee said her accountability suggestions were unnecessary and would be addressed by either the local district or the existing law.
“Obviously the school districts, before they have a referendum, should look to statute and model their referendums after the statute and not the other way around,” Avila said. “It’s up to us to provide that clarity.”
But Eskamani said this piece was “ideologically driven.”
The bill “doesn’t give any type of reflection on the fact that you have some charter schools that have made poor decisions,” she said. “If you’re going to make an accusation of bad actors on one side of the debate know that there are bad actors on all sides and that’s a worthy area to address. But that’s not what this debate was focused on.”
The bill had not yet been assigned to any other committee by Thursday afternoon.