FL House and Senate down on energy choice ballot initiative 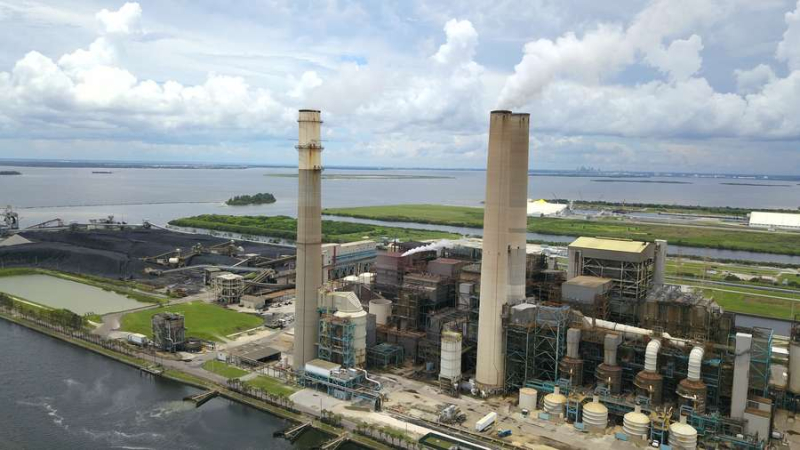 In filings to the state Supreme Court late Thursday, both the Florida House and Senate said they oppose the petition-driven ballot initiative that would reform how consumers purchase electricity in Florida.

The proposal, put forward by the Citizens for Energy Choices political committee, calls for the customers’ “right to choose” and would loosen the grip of private utility monopolies like Florida Power & Light, Gulf Power, Duke Energy and Tampa Electric Co. It would allow customers to pick their electricity providers from a competitive market or give them more options to produce solar energy themselves.

Attorneys for the House wrote that the initiative would have a "deleterious effect" and they consider this change to the state's constitution an "abuse of the initiative process."

They wrote that instead of altering the state's constitutional language, this proposal essentially aims to legislate by amendment.

"The current initiative proposes to add what essentially is a legislative policy to the Constitution—rather than address a structural or rights feature of the current charter," they wrote.

Senate President Bill Galvano argued that the initiative violates the single-subject rule found in the state's constitution, which allows voters to know what an amendment does and how it will affect the Constitution.

He wrote that if passed, the amendment would "dramatically affect" the functions of multiple branches and levels of government, and would force voters to choose among numerous different policy choices.

Galvano also took issue with the ballot summary and language, which he said fails to touch upon the "sweeping effects" it would have. He also added that if passed, the language would require the Legislature to "upend the entire electric utility regulatory framework."

Last month Attorney General Ashley Moody weighed in against the amendment, describing it as a veiled attempt to “eliminate” the state’s investor-owned utilities, such as Florida Power & Light.

The amendment’s language, she argued, requires creating a law “prohibiting investor-owned utilities from owning, operating, or even leasing any facilities which generate electricity.”

The result, she wrote, would prevent those utilities from competing in the new electric utility market.

“The title and this statement give the misleading impression that investor-owned utilities would still be able to sell electricity to customers, competing with additional, new providers,” Moody wrote. “But the actual text of the amendment forbids such activity.”

Several other groups have filed petitions in opposition to the proposal, including investor-owned utility companies, municipal electric groups and electric cooperatives.

The petitions come at a time when several bills by Republicans are moving through the Legislature to significantly alter the amendment process. One bill makes it far more difficult to gather the signatures needed to get constitutional amendments before Florida voters. Another bill would raise the vote threshold for an amendment's passage from 60 percent to two-thirds. A third bill aims to abolish the Constitution Revision Commission, a 37-member body that meets every 20 years to review and proposes changes to the state constitution.

The fight has turned into a partisan one, as progressives locked out of power in Tallahassee over the last 20 years have seen their policies passed by voters who approved amendments like protecting environmental lands and restoring voting rights to felons.

Alex Patton, chairman of Citizens for Energy Choices, said his group has "far more respect" for voters than utilities and the Florida Chamber of Commerce, who have lobbied heavily against the proposal and in favor of legislation to limit the process.

He said while he can't comment on the specific briefs, the committee is confident in their legal footing and look forward to having their day in court.

"I do hope I at least receive a thank-you card from all the white-shoe firms hired by the utilities and their political buddies for their increase in billable hours," Patton said in a text message. "Truly unprecedented."

Oral arguments on the proposal are currently scheduled for Aug. 28, 2019.