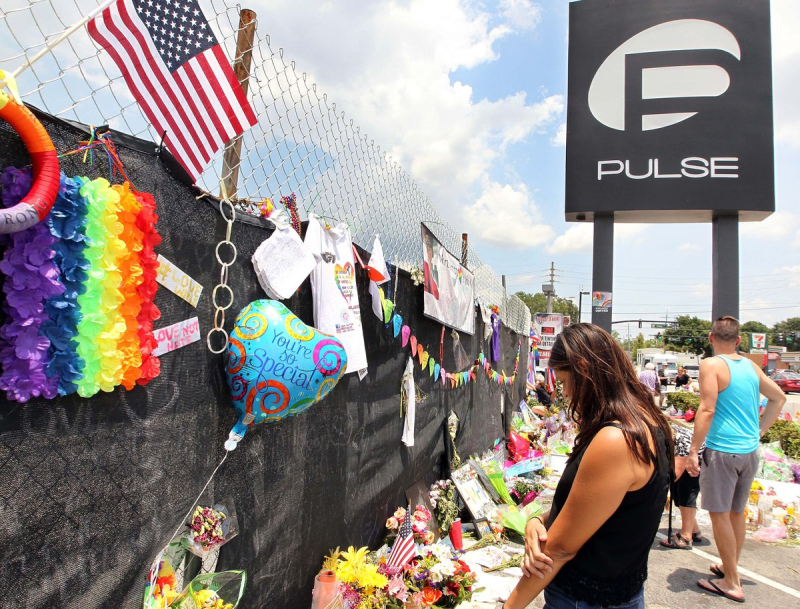 After funding for a permanent memorial in honor of the 49 victims of the 2016 Pulse nightclub shooting in Orlando came out to $0 on the budget proposals Wednesday morning, the House and Senate changed course.

The Senate put forth a proposed $500,000 for the memorial, and late Wednesday night House Speaker José Oliva said he's willing to make the effort as well.

"We are open [to funding the Pulse memorial]," the Miami Lakes Republican said. "We expect that there will be funding.”

The House matched the Senate's $500,000 in their proposal Thursday afternoon.

There is currently an interim memorial at the nightclub, with an offering wall, ribbon wall of photographs, a modest green space and a place on the original sign for the Pulse nightclub for visitors to write a message.

The onePULSE Foundation, a non-profit started by Pulse Nightclub owner Barbara Poma, has hosted an international design competition for the permanent memorial and museum. According to the group's website, a winner will be picked this summer.

Three years later, the project has yet to receive state funding.

Sen. Linda Stewart, who sponsored the request for Pulse funding on the Senate side, said she'll remain "steadfast" in bringing the memorial to her community.

"I have been diligently working to secure funding for a permanent memorial to the victims and families of this community," the Orlando Democrat said. "As long as I am the Senator of this district, I will continue to fight for the reverence of those affected by the horrific tragedy that occurred on June 12, 2016, at the Pulse Nightclub."

Last year when the Legislature passed a package to address school safety in wake of the mass shooting at Marjory Stoneman Douglas High School, the package included $1 million for a permanent memorial to the 17 victims at the high school in northwestern Broward County.

Rep. Carlos Guillermo Smith, D-Orlando, proposed an amendment then that would include $1 million for a Pulse memorial, which did not pass. He said Thursday that the investment is a "tremendous step" toward fully funding the project to be on par with Parkland's memorial

“Our budget chairs have listened to us in our sincere and authentic attempt to secure funding for the Pulse Memorial and should be applauded," he said. "

Rep. Anna Eskamani, who serves on the conference committee that takes up arts funding, said she was troubled by the disparity in funding between Parkland and Pulse. On Thursday, she said she was pleased with the quick response.

"I am thrilled to see our Speaker of the House — alongside both budget chairs — see the value and importance of supporting the creation of a permanent Pulse memorial in Orlando," Eskamani, D-Orlando, said. "We will continue to watch the budget proposal closely to ensure that we make it to the finish line."