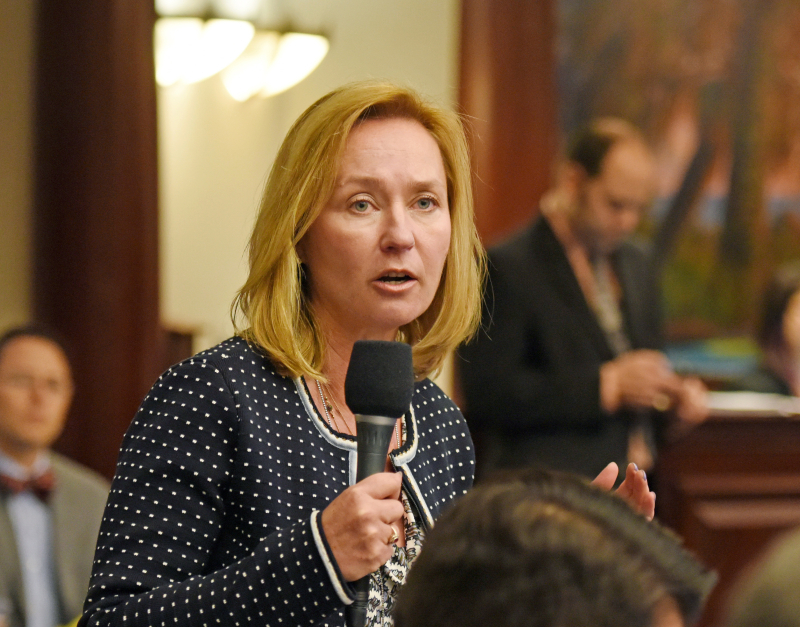 The Florida House advanced its first counteroffer on how to reimburse hospitals for Medicaid cases late Wednesday night, suggesting that it and the state Senate were moving toward a potential compromise on one of the thorniest disputes between the chambers sooner than expected.

During a joint conference of some of the Legislature’s lawmakers on the state’s health care budget, leaders announced that the House, which had advanced a plan to trim inpatient and outpatient payments to hospitals for Medicaid cases, was offering to roll back the proposed 3 percent cut to the state’s overall hospital Medicaid funding. The offer would also funnel about $24.7 million of the $318 million currently earmarked for hospitals with the highest Medicaid caseloads into base rates for all of the state’s hospitals instead.

"We're trying to get together and unite to make sure to spread [expenses] around the right way,” said Rep. MaryLynn Magar, R-Tequesta, who is leading the health care budget conference committee with Sen. Aaron Bean, R-Fernandina Beach. “We understand everything is a negotiation and eventually we'll get in the right place."

The state currently compensates all hospitals for Medicaid care at a certain base rate, which is outpaced by the Medicare rate or that of most private payers. But hospitals with the highest percentages of patients on Medicaid can unlock part of the additional $318 million in "automatic rate enhancements,” which are added on to the general funding they and other hospitals already receive. Those two dozen or so hospitals include some of the state's largest safety-net hospitals, including Jackson Health in Miami-Dade, which is the state's biggest individual Medicaid provider.

The House had initially proposed trimming hospital Medicaid reimbursement spending by 3 percent in both inpatient and outpatient care, or about $110 million. The Senate, however, had proposed reshuffling the additional Medicaid “enhancement” payments into the base rates paid to all hospitals, with the overall amount of money the state would pay for Medicaid reimbursements would remain the same.

Proponents of the Senate plan have said bolstering the base rate funding would mean money more fairly “follows the patient” — but safety-net hospitals, which have labeled the enhancements a “critical care fund” say the tiered structure is needed because  those hospitals with high Medicaid caseloads disproportionately handle more complex, critical cases.

The issue is far from resolved. A host of other changes outlined in language attached to the budget have yet to be formally negotiated on, and some of that wording includes specifics on how the base rate funding for hospitals would be weighted to reimburse more complicated, complex medical cases.

Magar said both she and Bean hoped to discuss offers on that language Thursday.

But the two leaders did also move closer on how to fund gaps at the Agency for Persons with Disabilities, which has struggled with deficits in the last few years. Both chambers also made progress on determining how much to appropriate to scores of local projects that are funded by the six agencies that fall under their purview: the state Agency for Health Care Administration, the Agency for Persons with Disabilities, the Department of Children and Families, Department of Health, Department of Elder Affairs and Veterans’ Affairs.

For session to end on time next week, lawmakers must reach agreement on all issues by April 30, so the budget can sit for a required 72 hours before the full chambers vote on the package by May 3.