Are the 'sanctuary city' bills dead in the FL Legislature? 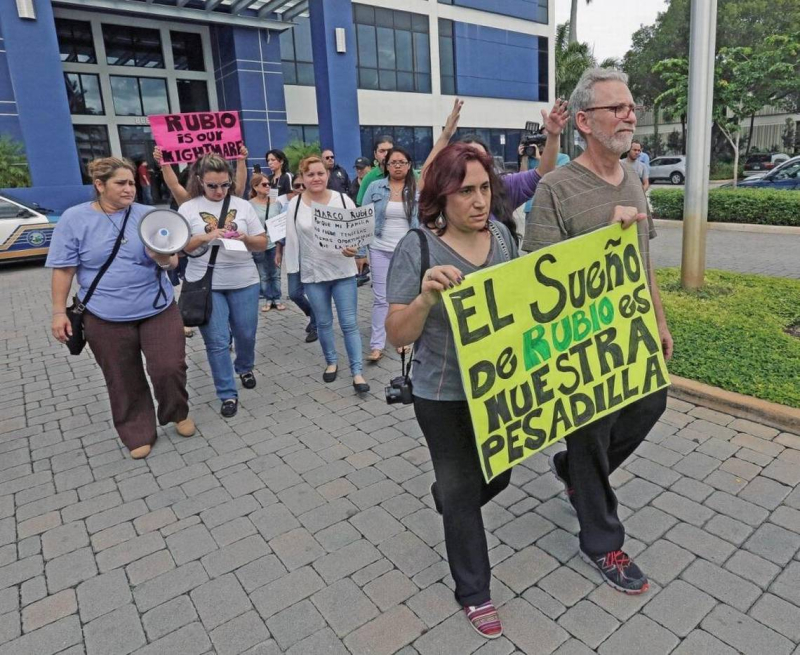 After bills aimed at banning so-called "sanctuary cities" were fast-tracked through the Legislature this year, progress grinded to a halt and they weren't heard for a week.

But the contentious bills will be heard in the House Judiciary and Senate Rules committees Tuesday and Wednesday afternoon respectively. These meetings are the last stops the bills need before heading to the chamber floor.

The bills create rules relating to federal immigration enforcement by prohibiting “sanctuary” policies and requiring state and local law enforcement to comply with U.S. Immigration and Customs Enforcement. The bill also would give whistleblower status to officers who report citizenship violations by undocumented immigrants detained in local jails on unrelated charges.

Under the bills, local law enforcement would be required to honor federal law enforcement’s request for an “immigration detainer,” meaning a request that another law enforcement agency detains a person based on probable cause to believe that the person is a “removable alien” under federal immigration law. The bill would essentially make the “request” a requirement.
Since they were filed, the proposals sparked a heated debate on who should be making immigration policy. Groups opposing the bills have held protests and rallies both at the Capitol and at district offices across the state, and say the bill is a "family separation policy." They rejoiced when the bills weren't put on any agendas last week.
The House and Senate have not yet worked out a technical disagreement related to whether policy bills should be allowed to be tied to the budget, which has slowed some policy bills, including a contentious school safety bill that would allow classroom teachers to be armed on campus.
In the House, Speaker José Oliva said there's still time to hear the bill, nodding to what he said would be a hectic schedule in the last three weeks.

"There's a lot of things that I think will still come through here that might appear stalled," Oliva told reporters last Thursday, in response to a question about the sanctuary cities proposal. "There are a lot of bills, next week's going to be a busy week, and then two weeks after that we're going to be in this chamber almost all day. There's still a lot of things to get done."

"There's time for that," he said of sanctuary cities, though he said he doubted the House would advance that proposal by this week.

Gov. Ron DeSantis, an ally of the president, campaigned aggressively against sanctuary cities in his state of the state address. He told the crowd that Florida “will not be a sanctuary state" and that he “won’t tolerate sanctuary cities that actively frustrate law enforcement.”