With longtime Miami lawmaker Anitere Flores leaving office in 2020 due to term limits, the race to claim her southernmost state senate seat is likely to be one of the most coveted and competitive in Florida next year.

Already, the candidates are lining up.

“I know the only place I can make a real difference in the lives of children and families in Florida is in Tallahassee,” she said. “I am excited about the journey ahead to represent the wonderfully diverse and vibrant communities that make up District 39.” 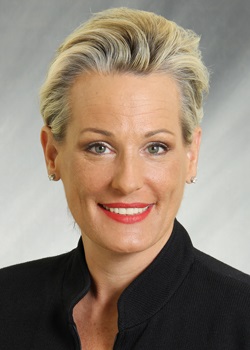 According to her various biographies, Hochkammer moved to Ecuador in 1994 after graduating from Northwestern University. She says she has lived in South Florida since 2009, when she, her husband and their three daughters fled Ecuador for the United States following the rise of leftist president Rafael Correa. Here’s how she describes it:

“After graduating from Northwestern, Anna took on an early challenge and moved to Quito, Ecuador at the age of 21 to pursue a Master’s in Spanish Literature.  Three weeks after she arrived, she met her husband, where they married and lived for 15 years, having three daughters, Sophia, Gracie, and Vivian. By 2009, with the world’s economy teetering on the edge, Ecuador’s then President amended the constitution, took control of the Supreme Court and plunged Ecuador into a socialist regime and economic collapse. Fearing for their safety, Anna and her family immigrated to the United States and found refuge in Miami-Dade.”

While in Ecuador, Hochkammer says she and her husband founded Profesores para Profesores, "which provided free professional development to teacher’s in Quito public schools." She also says she was a founding board member of an organization that negotiated public-private partnerships "to establish and run children’s libraries in poor neighborhoods in Quito."

Hockhammer has served on the Pinecrest Village Council since her election in 2016.The well-to-do municipality is located along the coast in southeast Miami-Dade and is outside of the state’s 39th district, which covers southwest Dade and the Florida Keys. But Hockhammer, who says she’s rented an apartment in Key Largo, need only establish residency by election day to meet the requirements of representation under Florida law.

For now, the only other “declared” candidate for Senate District 39 is Jeanette Nuñez, Florida’s lieutenant governor. Nuñez opened a campaign account in 2017, back when she was a term-limited state Representative and before Gov. Ron DeSantis picked her as his running mate last September.

Nuñez still had $116,000 in the account as of the beginning of March. But she stopped raising money once she was picked as DeSantis’ running mate, and a spokeswoman for the governor’s office said Nuñez is committed to her current job and has plans to close the account.