« State budget negotiators agree to smaller shift in hospital Medicaid reimbursements funding | Main | Florida is spending $200 million on affordable housing next year, most of it in Panhandle » 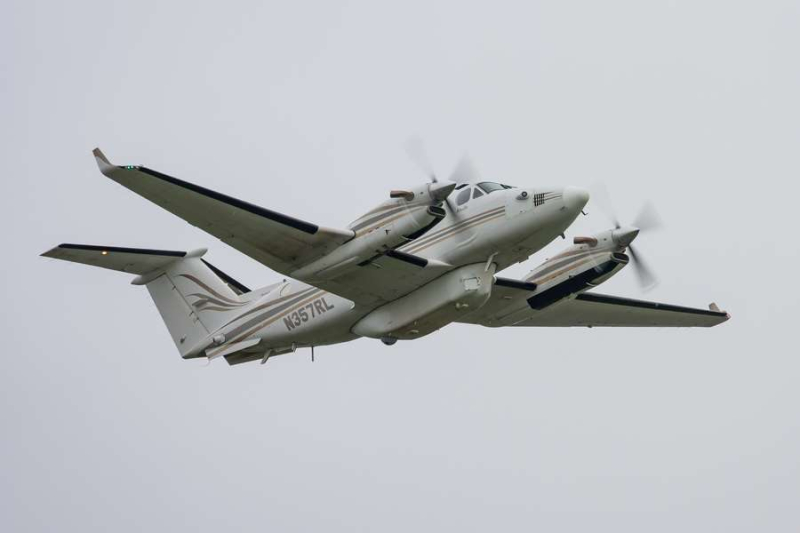 A 2003 Raytheon Aircraft Company B300 fixed wing, multi engine plane, as it takes off from Prestwick Airport in Scotland, United Kingdom in September 2011. The plane is believed to be the same plane that Florida Governor Ron DeSantis is using and is currently registered to Florida Department of Law Enforcement. [Photo courtesy of Robert Banks]
As the Florida Legislature continued haggling over various items in the state budget from school scholarships to hospital funding late into Thursday night, one item emerged settled: a new plane for Gov. Ron DeSantis.
It’s been three months since DeSantis’ plane had its air masks drop and his team made an emergency landing, leaving the Florida Department of Law Enforcement to do some much-needed
upgrades. DeSantis took over the plane, which has a mysterious past once thought to be connected to a drug seizure, after former Gov. Rick Scott sold off the state’s fleet when he was in office.
READ MORE: Is Ron DeSantis flying on a drug-seized plane? Unlikely.
Scott, a millionaire former health care executive, used his own private plane to travel the state.
Since then, DeSantis’ hand-me-down plane has become a point of fascination in the world of Florida politics.
The Legislature has agreed to set aside $3.8 million for a plane, pilots and maintenance staff. At that price, DeSantis may have to start by leasing a plane, which Sen. Jeff Brandes, R-St. Petersburg, said could lead to an eventual purchase.
“This is the third largest state in the country,” Brandes said after a Thursday night budget meeting. “The governor needs to get around effectively.”