« FL House passes bill to bury power lines | Main | Who are the six Republican Florida lawmakers who voted against the bill allowing teachers to be armed? » 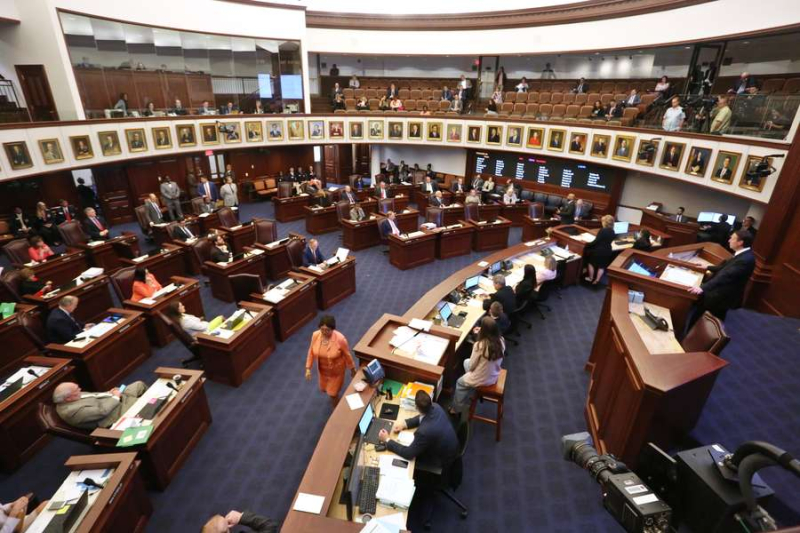 SCOTT KEELER | Times The Florida Senate was in session on Tuesday, April 30, 2019 during the last week of the sixty day session.

TALLAHASSEE — The Florida Legislature passed a bill, Senate Bill 190, that will result in higher required test scores for Bright Futures college scholarships for students who graduate in 2021 and beyond.

For students who would receive the “Academic” scholarship, which covers full tuition and fees at state universities and colleges, the required SAT score will rise from 1290 to around 1330. For the second-tier “Medallion” award which covers 75 percent of tuition and fees, the benchmark would climb from 1170 to about 1200.

The specific number for the new scores would be set by the Department of Education based on national averages, which are rising as a result of the test-makers removing the quarter-point penalty for wrong answers in 2016.

Even still, the change in scores will likely result in thousands of high school students no longer being eligible, and Miami-Dade Superintendent Alberto Carvalho said low-income and minority students would be disproportionately affected.

Rep. Ray Rodrigues, R-Estero, who sponsored the House version, said the change is needed to ensure the scholarship goes to students who are “indeed our best scholars.”

The bill also, notably, did not include another measure supported in the House that would have required universities to survey their faculty and students about their political leanings to ensure “intellectual diversity.”

Republicans in the Senate, however, rejected that language.

“I tell you this bill doesn’t have that in it because many of us ... find that idea dangerous," said Sen. Rob Bradley, R-Fleming Island. “Any time our country’s ever gone down that road it’s ended poorly.”