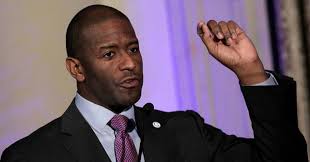 Broward County was ground zero for claims of election fraud, blown deadlines, lawsuits and incompetence during the 2018 election.

Now, Democrats are coming from Washington to hold hearings in Fort Lauderdale as part of a national effort to examine voting rights and election administration issues.

On Monday, four members of the Committee on House Administration, along with local Reps. Debbie Wasserman Schultz and Alcee Hastings, will hold an official field hearing at the Broward County Governmental Center. Former gubernatorial candidate Andrew Gillum, who is leading an effort to register one million new voters ahead of the 2020 election, is among the witnesses.

Since taking control of the House in November, House Democrats, led by Ohio Rep. Marcia Fudge, had or are planning hearings and listening sessions in Brownsville, Texas, Atlanta, North Carolina, North Dakota, Ohio, Alabama and Washington, D.C. The Atlanta hearing included former Georgia gubernatorial candidate and Gillum ally Stacey Abrams, and Republicans argued that her testimony was being used to raise her political profile.

Democrats are using the hearings to build evidence for future legislation that would require certain states to obtain federal pre-clearance before changing any voting laws or practices. In a landmark 2013 case, the Supreme Court ruled that a provision in the Voting Rights Act designed to prevent laws or policies that deny people the right to vote based on race was unconstitutional. Since the decision, certain states have tried to pass voter ID laws or revived voter ID laws that were declared invalid by the federal government.

Posted by Alex Daugherty on Thursday, May. 2, 2019 at 11:23 AM in 2018 Election, Alcee Hastings, Andrew Gillum, Debbie Wasserman Schultz | Permalink