FBI will meet with Florida lawmakers to discuss 2016 Russia hack 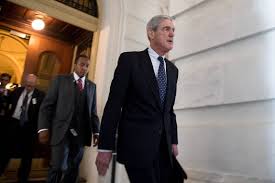 The FBI will meet with Florida Democrats and Republicans in the House of Representatives on May 16th after they asked for a briefing on the Russian government’s efforts to interfere in Florida during the 2016 presidential election, a congressional source told the Miami Herald.

Politico Florida first reported the meeting, which Reps. Stephanie Murphy and Michael Waltz requested on May 2nd. The FBI is also meeting with Sen. Rick Scott and Gov. Ron DeSantis after the Mueller Report said an FBI investigation found that "at least one Florida county" was infiltrated by Russian spear phishing attempts during the 2016 campaign. It's unclear which county was hacked and how much information the hack elicited.

Sen. Marco Rubio told the New York Times that an intelligence operation uncovered the breach some time ago. But he said national security officials chose to protect intelligence methods by issuing a broad warning to Florida’s 67 elections offices instead of informing the state or the local office that had been hacked.

“Everybody has been told what it is they need to do to protect themselves from the intrusion,” Rubio said. “I don’t believe the specific victims of the intrusion have been notified.”

The confirmation by Rubio, a Republican member of the Senate Intelligence Committee, elevated concerns about the security of elections in a state of 13 million voters. It also shed a new light on why there has been so much confusion around whether Florida was, in fact, hacked during the 2016 campaign.