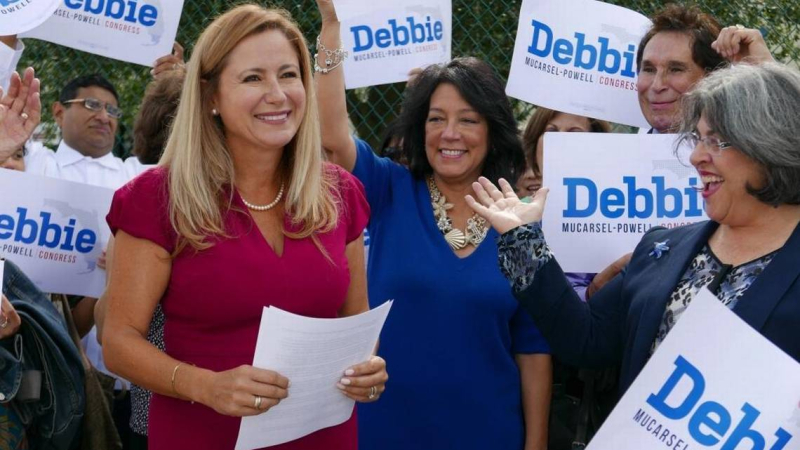 South Florida Democrats are among the most knowledgable lawmakers on the ongoing crisis in Venezuela, and frequently work with Republicans on the issue. After all, they represent some of the largest Venezuelan and South American communities in the United States.

That doesn't matter to national Republicans.

The National Republican Congressional Committee, a group that seeks to elect Republicans to the House of Representatives, launched a Facebook ad campaign this week targeting Rep. Debbie Mucarsel-Powell for not calling on Minnesota Rep. Ilhan Omar to step down from the foreign affairs committee after she referred to U.S. support for Juan Guaido as a U.S.-backed coup attempt.

"Ilhan Omar blamed the U.S. for the Venezuela crisis and openly supports murderous socialist dictator Nicolas Maduro," the ad says. "But Debbie Mucarsel-Powell has been SILENT. Tell Debbie it's time to remove Omar from the Foreign Relations Committee." 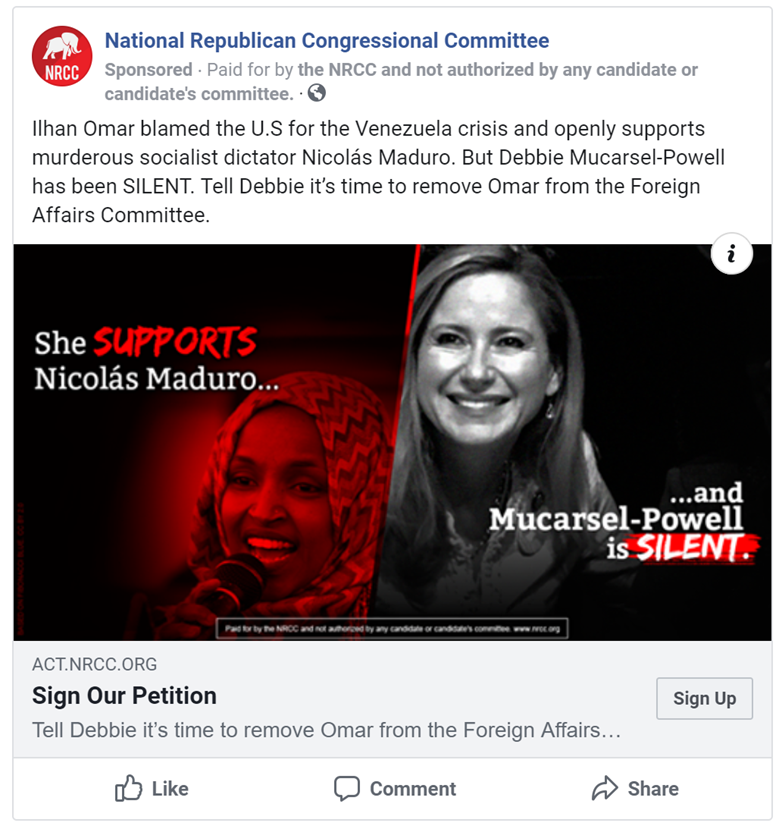 Omar is a lightning rod for controversy during her first months in office, making comments about Jewish people that evoked anti-Semitic stereotypes in addition to her critical comments on the administration's decision to recognize Guaido as Venezuela's legitimate leader. Republicans have called on her to step down from the Foreign Affairs Committee.

Mucarsel-Powell, along with South Florida Reps. Donna Shalala and Debbie Wasserman Schultz, were the first three members of Congress to sponsor legislation in response to the crisis in Venezuela and they do not share views of some of their colleagues on the left. Their bills passed the House of Representatives and await consideration in the Senate.

"We are targeting key swing voters who don't share in the socialist Democrats' embrace of a brutal dictator," NRCC spokesperson Camille Gallo said in an email. The ads will run for seven days and she said the total spending of the ad by is in the "thousands," according to Gallo.

Mucarsel-Powell has an announced Republican challenger in Irina Vilariño, the owner of Las Vegas Cuban restaurants, but she remains the favorite to win reelection in a Democratic-leaning district after raising over $450,000 in the first quarter of 2019.  She won one of the most expensive congressional races in the country in 2018 on a healthcare-focused message and her district is rated as "lean Democratic" by the Cook Political Report.

The NRCC has also attacked South Florida Democrats on whether or not they support impeaching Donald Trump, though none of them back impeachment.