A proposed constitutional amendment intended to end dog racing in Florida was thrown off the November ballot by a Tallahassee judge Wednesday, and by Thursday Attorney General Pam Bondi had appealed the ruling to the Florida Supreme Court.

The appeal puts a stay on Gievers' ruling until the court can review it. The deadline for finalizing the state ballot is Sept. 9, with overseas ballots distributed on Sept. 22.

Gievers called it a "material omission" that the summary and title of the amendment omits that fact that the amendment will decouple dog racing from slot machines and fails to explain that by adopting the amendment voters are embracing "a new 'fundamental value' of humane treatment of animals" in the Florida Constitution.

The proposal "is misleading and inaccurate and incomplete, while adding up to a 'hide the ball,' fly a false flag' and outright 'trickeration,' she wrote.

The amendment was challenged by the Florida Greyhound Association, the owners, breeders, and trainers whose livelihood could be jeopardized if the proposal were to be approved by voters.

Gievers agreed with the association that the amendment fails the constitutional test of clearly providing voters accurate and complete information about the impact of the amendment.

"Contrary to the words presented for consideration by the voters, the amendment would not end dog racing, nor would it eliminate wagering on dog racing,'' Gievers wrote.

Lawyers for the Greyhound Association argued that because tracks would still be allowed to conduct betting on dog races that are broadcast from outside the state, it would not put an end to all greyhound racing.

Greyhound racing has been dying in popularity for the past two decades but has been sustained in Florida because legislators required that in order to obtain a slot machine or card room permit, the operators had to perform a fixed number of live races a year.

Under the proposal, Florida would ban commercial dog racing after Dec. 31, 2020, shutting down the industry's largest U.S. venue.

Major Harding, the former Florida Supreme Court justice who represented the greyhound owners in court, argued that the amendment was flawed because failed to tell if voters that, if approved, it would allow dog tracks to become stand-alone casinos without any racing.

The amendment was backed by animal rights groups and had the support of the Animal Law Section of the Florida Bar. The supporter's political arm, the Protect Dogs-Yes on 13 campaign, said it expects to prevail on appeal.

"This is the first step on a long road, and we are confident that the Florida Supreme Court will uphold the amendment,'' the group said in a statement.

"This lawsuit is a desperate attempt to prevent voters from having a voice on whether greyhound confinement and deaths should continue."

The group, which has the support of animal welfare organizations, greyhound adoption groups and many civic organizations, argues that greyhound deaths are a constant at a Florida racetracks.

"Greyhounds also endure lives of confinement, kept in warehouse-style kennels in rows of stacked metal cages for 20 to 23 hours per day,'' the statement said. "Amendment 13 will phase out this cruelty, and help thousands of dogs."

The ruling could be a warning to the CRC, which faces legal challenges on two other amendments in which opponents claim they are misleading.

Proposed Amendment 10 is being challenged by Miami-Dade, Broward and Volusia counties because it fails to explain that it would strip voters in those counties of their constitutional right to govern themselves by overriding their home rule charters. The amendment rolls together several ideas, the most controversial of which would require Broward to elect a tax collector, Miami-Dade to elect a sheriff to replace its appointed chief law enforcement officer, and force Volusia County to reverse a decision voters made in 1970 to appoint its county officers.

A hearing in that case is set for Friday in Leon County Circuit Court. 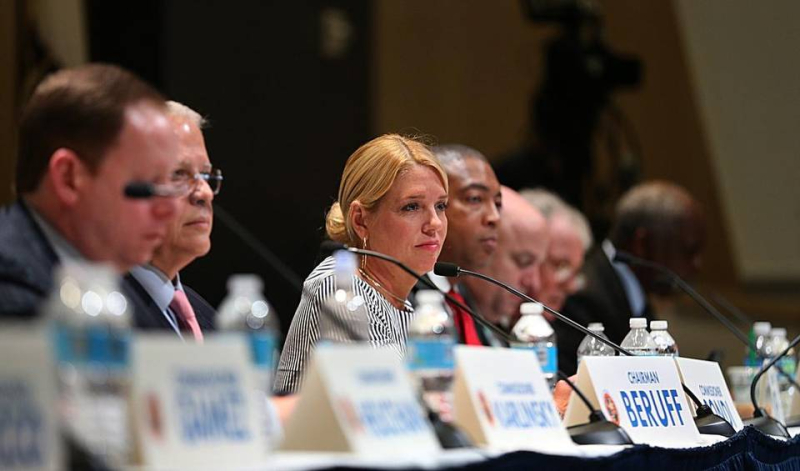 Signaling its predictable opposition, the Florida Petroleum Council issued a statement Wednesday opposing the proposed amendment to the state constitution that bundles a ban on oil drilling in state waters with a ban on vaping in indoor work spaces.

The Constitution Revision Commission wrapped together the two proposals Monday, dubbed the amendment "clean air, clean water," and placed them on the November ballot on Monday. The 37-member citizen panel is convened every 20 years to put amendments directly on the ballot.

“Domestic oil and natural gas development is a key driver of Florida’s economy – supporting high-paying jobs and investments in our state," said David Mica, executive director of the Florida Petroleum Council, which represents the oil and gas industry. "Linking this important decision with electronic cigarette use just doesn’t make sense. Voters should be able to make decisions on public health and its economic future separately.”

The GOP majority panel was dominated by appointees named by Gov. Rick Scott, who hopes to also be on the ballot in November. It bundled together separate constitutional questions on five other amendments and rejected repeated attempts by several members of the commission to separate them.

Mica said that by bundling the issues together, the CRC "will force Florida’s voters to vote for or against two completely unrelated, but important, issues at the same time. Bundling these issues is mixing apples and oranges, and this decision, made without any public debate, could harm jobs, the state economy, tax revenues, and our long-term energy future.”

In 2010, in the face of oil industry pressure, the Florida Legislature rejected a call by then-Gov. Charlie Crist to put a similar ban on oil drilling off state waters. Crist called a special session to ban the prospects of the practice in Florida in response to the Deepwater Horizon oil spill the year before, but the GOP-controlled legislature insisted it wasn't needed and adjourned the session after 49 minutes.

Have ideas for how to fix Florida after the storm? CRC extends the deadline 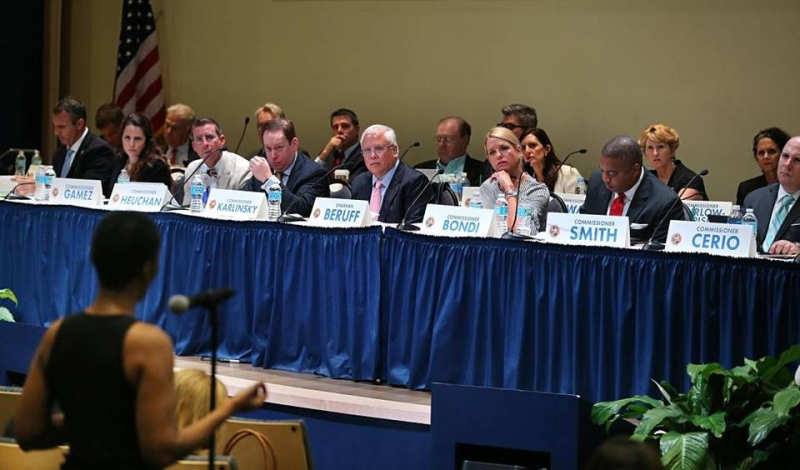 If you have any ideas about the future of Florida after the storm, you now have until Oct. 6 to prepare your pitch to the Constitution Revision Commission.

The powerful panel meets every 20 years and has the authority to put constitutional amendments directly on the November 2018 ballot. On Monday, its rules committee tentatively extended the deadline for Floridians to submit ideas. The previous deadline of Sept. 22 was postponed because of Hurricane Irma.

After months of public hearings around the state, the commission has already received more than 1,400 proposals from the public through its public web site, FLCRC.gov, said Tim Cerio, chair of CRC's Rules and Administration Committee.

"How we handle these proposals is going to be critically important,'' he said at a meeting of the committee. Some ideas may be duplicates, others may be consolidated, and some may merge as a proposals authored by one of the 37 commissioners on the panel. More details here.