Miami Beach’s November ballot will be full of familiar faces.

On Tuesday, Miami Beach City Commissioner Ricky Arriola filed to run for re-election. He joins Mayor Dan Gelber and former Commissioner Kristen Rosen Gonzalez in seeking another term. Former state Rep. David Richardson has also thrown his name into the race for the fourth commission seat on the November ballot after incumbent John Elizabeth Alemán decided not to run again.

There are seven seats on the City Commission, including the mayor’s, but only four are up for election this year. The deadline to file election paperwork isn’t until September, but candidates can start raising money after they file.

Arriola, who was first elected in November 2015, is the founder and CEO of Inktel Holdings Corp., a call center outsourcing company. He has also served as chairman of the board of the Adrienne Arsht Center and was previously appointed to the President’s Committee on the Arts and the Humanities by President Barack Obama.

“I think the next four to five years are critical for our city for decades to come and I think if we do things right we’re really going to elevate the city to another level,” Arriola said. “We’re really doing a lot of good things but a lot more still needs to be done and I want to be a part of it.” 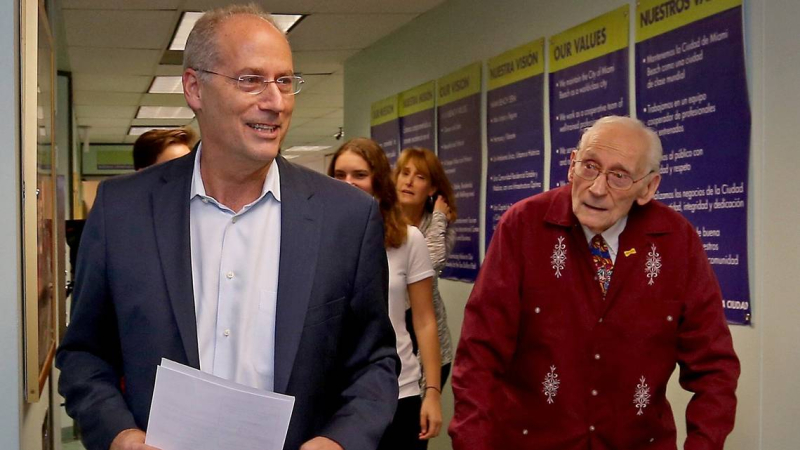 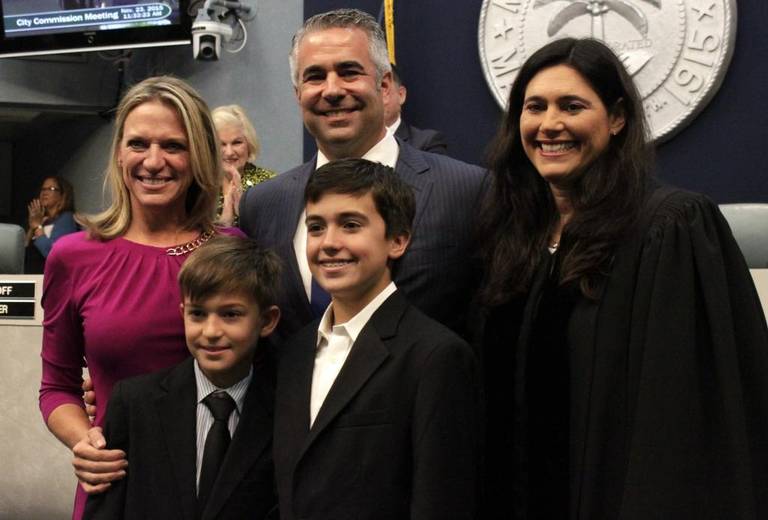 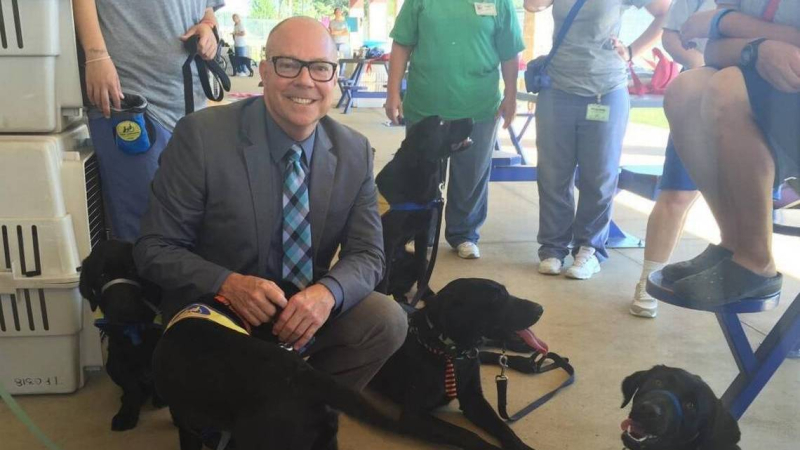 Workers for state Rep. David Richardson's congressional campaign are the latest to form a union through the Campaign Workers guild, a new movement for Democratic campaign workers, where employees negotiate contracts that include mandated time off, healthcare, housing, and just cause for firings.

Richardson's is the first Florida campaign to unionize, other Democratic congressional and gubernatorial campaigns have unionized around the country in recent months.

“Through a tough contract fight, workers for David Richardson stood together and fought hard to win a fair contract,” said Laura Reimers, President of the Campaign Workers Guild. “I am tremendously proud to have all of these workers in our fight. Their example will pave the way for campaign workers across the country who are finally getting to experience what it feels like to bargain collectively, stand together, and improve their working conditions.”

While most Democrats running for office support organized labor, this election cycle is the first where the campaigns themselves have organized. Opponents of the unionization effort argue that campaign work is meant to be temporary, and hamstringing a campaign worker's hours on the job makes it harder to use resources efficiently and gives an advantage to Republicans who are running campaigns without unionized workers.

"Political campaigns are short-term gigs. They're not long-term operations, so this idea of unionization for an eight-month job, it just doesn't make a lot of sense," said Steve Hildebrand, a former deputy national campaign manager for Barack Obama to NPR. "Going into the general election if you have a campaign team that is not putting in 80 hours a week on the Democratic side, you're probably going to lose."

But a Richardson staffer argued that the unionization effort extends the rights their campaign is fighting for to the people getting paid to fight it.

“We fought tooth and nail for this contract, and we couldn’t be prouder.” said Melissa Mihm, field organizer for David Richardson for Congress. “As the first campaign to unionize in Florida, I can’t say this enough: Don’t give up. Campaign workers deserve the same rights as all workers, and it’s our turn to make history.”

Posted by Alex Daugherty at 11:41 AM in 2018 Election, David Richardson | Permalink | Comments 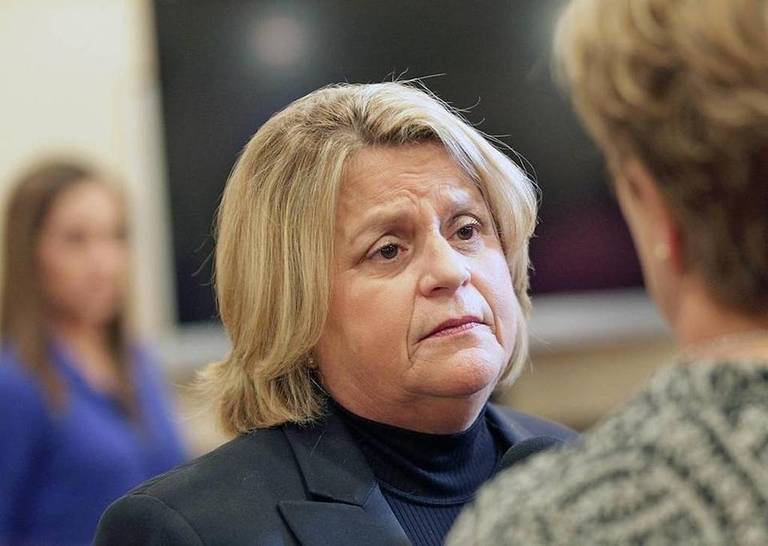 Candidates for federal office in Florida had until noon Friday to make their bids official, and all four incumbents running for Congress in Miami-Dade districts will face opposition in November.

Two of the incumbents, Miami Republican Rep. Carlos Curbelo and Miami Gardens Democratic Rep. Frederica Wilson will face primary challenges, though they will be overwhelming favorites to win the August primary election. Wilson will be heavily favored to keep her seat in a deep blue district against a candidate who has also filed to run for U.S. Senate in Florida and Congress in California. While Curbelo's primary will likely be non-competitive, he likely faces a competitive general election challenge from Democrat Debbie Mucarsel-Powell.

And Rep. Debbie Wasserman Schulz, the fourth incumbent running for reelection in Miami-Dade, won't face a Democratic primary like she did in 2016. Tim Canova is running again after raising millions but falling well short of knocking off the former DNC chair, but this time he's running as an independent. There will also be a Republican primary in Wasserman Schultz's Democratic-leaning district.

The largest primary field on both sides is the race to replace retiring Republican Rep. Ileana Ros-Lehtinen. The district is considered a prime pickup opportunity for Democrats and four of them, former University of Miami president Donna Shalala, state Rep. David Richardson, former Knight Foundation Director Matt Haggman and Miami Beach commissioner Kristen Rosen Gonzalez have all raised over $100,000. TV journalist Maria Elvira Salazar and former Miami-Dade commissioner Bruno Barreiro have raised the most money on the Republican side. The race to replace Ros-Lehtinen is the most crowded in Florida as 9 Republicans, 5 Democrats and 1 no party candidate have filed paperwork to run. 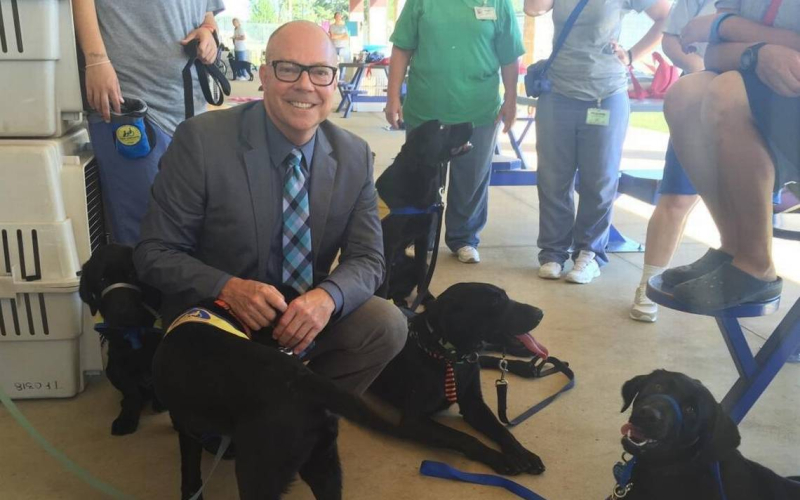 "David Richardson is a fighter for the progressive cause. During his years as a State Legislator he fought for social rights and civil liberties for DACA recipients, LGBTQ Americans, and incarcerated Floridians," Soto said in a statement. "His campaign for Congress has continued this trend with his support for Medicare-for-All, his calls for immediate aid to Puerto Rico, and his demands for gun reform nationwide. As such, I am proud to endorse his campaign for Congress, and look forward to serving with a progressive voice like David's in Washington, D.C."

Shalala and Richardson have over $1 million to spend on the race after the latest fundraising quarter, though both have loaned money from themselves to their campaigns. Soto and Richardson served together in the Florida Legislature.

"I’m deeply honored to receive the support of Congressman Darren Soto," Richardson said in a statement. "Darren since his days as a State Legislature has become a national leader on progressive issues and has fought tirelessly for the people of Florida. I’m happy to have his support as we approach the Democratic primary election on August 28th."

National Democrats groups have largely stayed out of the primary for Ros-Lehtinen's seat and whoever wins the primary will be favored to flip the seat in November, though the Democratic Party lacks a Hispanic candidate in a majority-Hispanic district after state Sen. Jose Javier Rodriguez dropped out of the race last week.