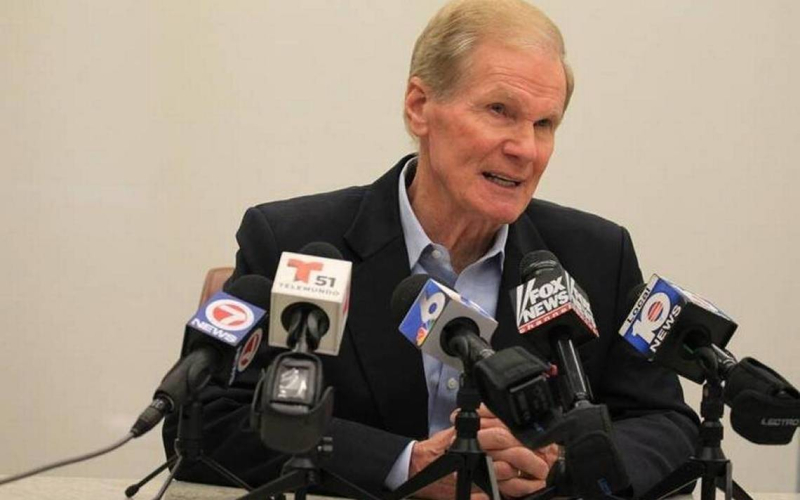 In a statement released by Trump's transition team, Martinez, Henry Cisneros, Alphonso Jackson and Steven Preston reminded the Senate Committee on Banking, Housing, and Urban Affairs that they all came to HUD with varying degrees of experience -- or lack thereof -- in the field. Carson, whose confirmation hearing is later Thursday, is a retired neurosurgeon.

"We all succeeded thanks to the help of the cadre of dedicated civil servants -- a team of respected, career leaders who have stood alongside each one of us, helping us guide the agency to succeed in its mission," the men wrote. "The singular, common piece of advice every HUD secretary is given is to listen."

Marco Rubio keeps rolling out mainstream Republican Party endorsements -- including on Monday the one from former Florida Sen. Mel Martinez.

Martinez was the first Cuban American elected to the U.S. Senate, in 2004. He held his seat until 2009; Rubio was elected the following year to fill the post. Like many other recent Rubio Florida backers, Martinez had initially supported former Gov. Jeb Bush for president. He'd hinted that Rubio would be his likely backup.

"Just like Marco's family, this country changed my life and my family's history forever, and the best way to repay the debt I owe America in this election is to help Marco Rubio become our next president," Martinez said in a statement provided by Rubio's campaign. "Our country deserves to have Marco Rubio as our next president, because he will unite us and move us toward the common purpose of making the American Dream a reality for more Americans than ever before."

"Marco understands better than anyone in this race what a special place America is and why, and he has all the right ideas and leadership abilities to make sure it remains that way. The stakes have never been higher in a Republican primary, and we need to stand with Marco as the only leader capable of uniting our party and our country.

"Marco is ready to lead this country as our president, and I will do everything I can to make that happen."

Former Miami Mayor Maurice  Ferre, a Democrat who supported Rick Scott in the 2010 gubernatorial race after losing his own bid for the U.S. Senate, has been appointed by the governor to the Metropolitan Planning Organization of Miami-Dade County.

Nilda R. Pedrosa has been appointed by Attorney General Pam Bondi to serve as associate deputy attorney general for legal policy, based in Miami. Pedrosa’s previous positions include chief of staff to U.S. Rep. Mario Diaz-Balart; a senior policy advisor to former U.S. Sen. Mel Martinez; and assistant dean at Florida International University College of Law. Attorney Pedrosa is a Miami native and graduate of FIU and New England Law.

New appointments to Children’s Trust board in Miami-Dade

Scott made three appointments to the Children's Trust governing board in Miami-Dade County.

Mel Martinez on higher taxes: “Republicans are going to have to swallow the pill."

Florida’s former senator and a one-time head of the national Republican Party, Mel Martinez, said Thursday that members of his own party need to get ready to go along with higher taxes.

“Republicans are going to have to swallow the pill they don’t want to swallow,” Martinez said on a conference call with reporters about the effects of the so-called “fiscal cliff” debt talks in Washington.

But, Martinez said, Democrats also need to “confront the most-ardent of their supporters” as well. They need to help tackle the “elephant in the room:” entitlement programs such as Medicare, Medicaid and Social Security.

If there’s no debt deal between Republicans and Democrats in Washington, Martinez warned, tax increases will rise on everyone, federal programs will be cut, recession could ensue and, according to a defense-industry study, Florida could lose 80,000 jobs.

Continue reading "Mel Martinez on higher taxes: “Republicans are going to have to swallow the pill."" »

Romney's Hispanic leadership team: Newt, pull down your ad. Gingrich: I will

But Gingrich already plans to do it.

"We respect Senator Rubio tremendously and will remove the ad from the rotation. We will replace it with a positive message that will continue to focus on drawing contrast between our clear vision on the issues important to the hispanic community and our oponnents lack thereof," Gingrich's Florida campaign chairman, Jose Mallea, said.

Here's the letter from Romney's team:

Former Republican Sen. Mel Martinez, himself a Cuban exile, has come to Sen. Marco Rubio's defense in his dispute with a Washington Post article that says Rubio embellished facts about his parents' move from Cuba to the U.S.

"The recent Washington Post story regarding Senator Rubio’s parents and their immigration from Cuba shows a gross lack of understanding about the Cuban exile experience," he said. "The fact is that they would not have left Cuba permanently if not for extreme fear of persecution and in search of freedom, like so many of us did."

"I lived this experience myself in Cuba – through the revolution and the communist takeover. To diminish the courage of Senator Rubio’s parents and to assert their reason for fleeing Cuba was unrelated to the oppression of a tyrannical and cruel communist dictatorship is wrong."

Meanwhile, the Washingotn Post's ombudsman gave readers a forum to ask questions of the piece's author, Manuel Roig-Franzia, and its editor, Kevin Merida.

The former Florida senator apparently had a role in a U.S. bid to stop Spain's torture probe of six senior Bush officials.

Martinez, it says, "visited the Spanish foreign ministry to warn the investigation would have
consequences. " Martinez and the charge underscored that the prosecutions would ... have an
enormous impact on the bilateral relationship," the officials reported.

Mel Martinez: One of the new "It girls?"

The New York Times writes about how some prominent lobbying and trade industry groups are looking to bring aboard Republicans in the event the party takes control of Congress in the fall.

Among those highlighted, Martinez, the former Florida senator who quit during his first term last year and is one of at least a dozen recent hires at JPMorgan Chase, where he serves as a senior executive.

"We’re seeing a premium for Republicans," Ivan H. Adler, a headhunter for the McCormick Group in Washington who specializes in placing lobbyists, told the Times. "They’re the new ‘It’ girl."

Posted by Lesley Clark at 11:04 AM in Mel Martinez | Permalink | Comments

"He brings knowledge of the legislative process, experience in the political arena, and years of public service to the residents of South Florida," Diaz-Balart said of Gonzalez. "Cesar has proven to be loyal, dedicated and committed to ensuring that the needs of our constituents are well represented in Washington and that our community continues to thrive. I cannot think of a greater fit to lead my office than him."

Gonzalez was Lincoln Diaz-Balart's top legislative and legal counsel, managing the policy team and overseeing the legislative agenda, with a concentration on judiciary, telecommunications, healthcare and
immigration. The Miami native also held positions as an AARP attorney and an assistant to the mayor of Miami.