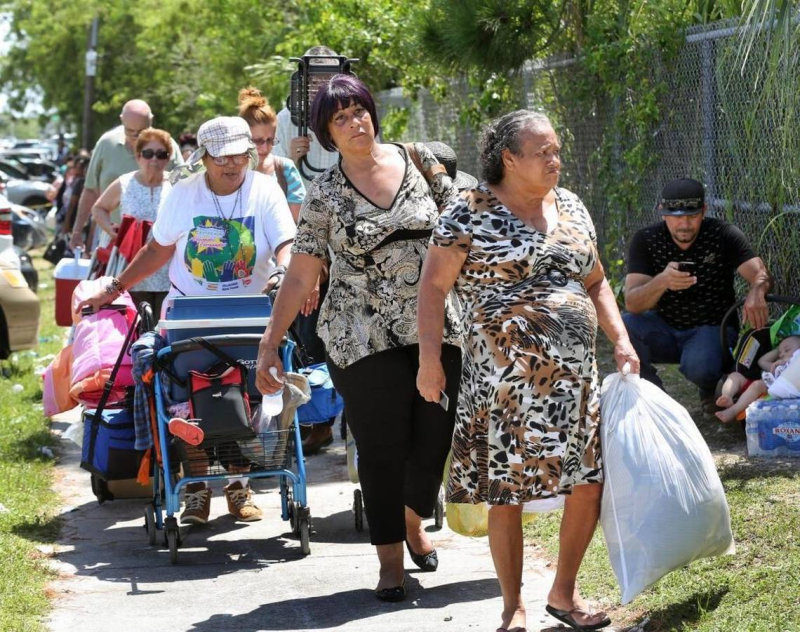 Long before Florida entered the deadliest hurricane season in a decade, auditors at the state’s Division of Emergency Management sent out a warning: the state was ill-prepared for a major disaster.

A 23-page annual audit completed in December 2016 by the agency’s inspector general detailed a lengthy list of deficiencies needed to prepare and respond to a hurricane. Among them:

▪  Food and water supplies at the distribution center in Orlando were inadequate.

▪  Contracts with companies that would supply cots to shelters had expired.

The report concluded: “The division’s ability to respond to disasters may be impaired.”

The audit findings were delivered to Bryan Koon, at the time secretary of the Division of Emergency Management, and his chief of staff, along with their deputies. They agreed with the criticisms and vowed to improve.

Photo: Hundreds of Hurricane Irma evacuees wait in line for hours under the scorching sun to enter a Robert Morgan Educational Center, a shelter in South Dade which immediately filled to capacity on Friday, September 8, 2017. C.M. GUERRERO. cmguerrero@elnuevoherald.com

Ron Paul supporters walk out of RNC in protest: 'we've put up with enough'

Ron Paul supporters walked out en masse from the Republican National Convention late Wednesday in protest of a rule change by Republican officials that removed some of Maine’s delegates in an attempt to suppress the group’s movement.

Chanting, “As Maine goes, so goes the nation,’’ about 200 delegates and supporters marched around the perimeter of the Tampa Bay Times Forum and out the door as U.S. Sen. John McCain gave his prepared remarks to the convention.

“We aren’t coming back,’’ said Brandon Wilkerson of Virginia. “We are trying to show the audience and rule committee that mitt Romney eliminating duly elected delegates does not win the nomination and will not win the November election.’’

The protest was barely noticed inside the convention hall as the party faithful continued a well-scripted night aimed at attacking President Barack Obama,that was to culminate in a speech by vice presidential candidate Paul Ryan.

Continue reading "Ron Paul supporters walk out of RNC in protest: 'we've put up with enough'" »