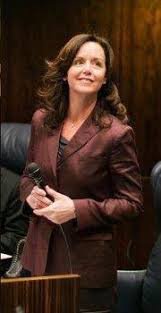 After months of dealing with allegations of sexual harassment against one of states' most powerful legislators -- and fear of retaliation by his accusers -- the Florida Senate has concluded it needs to make just one modest change to the rules that govern the conduct of senators: require each senator to take a one-hour of training course on sexual harassment, online or in person, before every annual legislative session.

"We are in the process of making changes to our administrative policies and in doing so want to make sure that everything we do that governs all of our legislative employees applies to senators,'' said Sen. Lizbeth Benacquisto, R-Fort Myers, chair of the Senate Rules Committee. "Everyone will be encouraged to complete the process as soon as possible."

The rule will be voted on by the full Senate, but Sen. Jose Javier Rodriguez, D-Miami, one of the most outspoken members of the Senate process, raised questions.

Rodriguez said the proposal was "very welcome and very necessary" but wondered what happened to the many other proposals that had been under consideration to end the fear of retaliation that accusers had if they came forward with an allegation against a legislator.

"Is that sufficient protection against the conduct and retaliation? '' Rodriguez asked. Absent any change in rules, he asked, "how can we reassure the public that we have the processes in place without rules changes?"

"I actually believed that the rules we had in place worked,'' Benacquisto replied. "We had a complaint filed. We moved through the process. And findings were made."

After a Senate investigation found that Sen. Jack Latvala, R-Clearwater, likely sexually harassed at least two women and may have been guilty of criminal misconduct after seeking sex with a female lobbyists in exchange for promising to help with legislation, the veteran legislator resigned. A month earlier, Sen. Jeff Clemens, the incoming Senate Democratic leader, resigned after admitting to an extramarital affair with a young lobbyist. And on Tuesday, Sens. Oscar Braynon, D-Miami Gardens, and Sen. Anitere Flores, R-Miami, were forced to publicly explain they had apologized to their families for their extramarital affair, after a video of a secret surveillance camera was posted online.

Each of these issues brought attention to the issue of abuse of positional power -- such as that by Latvala and Clemens over female lobbyists -- and Rodriguez and others suggested the Senate reform its rules to explicitly prohibit and define sexual harassment (as the Florida House does.)

Rodriguez and others also suggested the Senate establish a method for complaints to be made against senators and staff that allowed people to go to someone outside the Senate, and he sought an increase in the penalties for attempts at retaliation.

"If your mother raised you with manners and a little common sense, 99 percent of this isn't rocket science and there's a tendency to over-react to these things when it's such high profile -- and over-compensate to try to send a message that not only do we get it, we get it on steroids,'' he said.

During the Senate investigations,  several women came forward to talk about their experiences of verbal and physical harassment by Latvala but only two women were willing to make statements under oath before retired Judge Ronald V. Swanson, hired by the Senate to be the special master of its investigation into Latvala's alleged violations of the rules.

The Senate's the investigation of Latvala also cost taxpayers a yet-to-be determined amount of money. At least five outside lawyers were hired to advise the Senate, including a Tampa-based employment law firm, Judge Swanson and a lawyer assisting him, and the Senate's outside counsel, George Meros.

If the Senate rules has been more explicit, better defined and provided a safe outlet for accusers to come forward, would that reduce the cost of future investigations or serve as a more effective deterrent?

"That's a fair point,'' said Sen. Bill Galvano, R-Bradenton, who is scheduled to become the next Senate president. "If you're streamlining and are prepared for things to come up, it is usually more efficient and it is incumbent upon us to learn from these situations and make sure we're better prepared.''

He said he is preparing additional recommendations for his two-year tenure in 2018-20.

"As we go through these administrative changes, you will see a lot of what has changed adopted into the Senate rules, including the Senate training,'' he said.

Benacquisto said next week she will propose additional changes to the Senate administrative policies, which will not require a vote of the full Senate, and they will be more comprehensive. She has also signed on as a co-sponsor of a bill by Sen. Lauren Book, D-Plantation, to create new penalties for sexual harassment and to establish a permanent task force to review the sexual harassment issues on a regular basis. 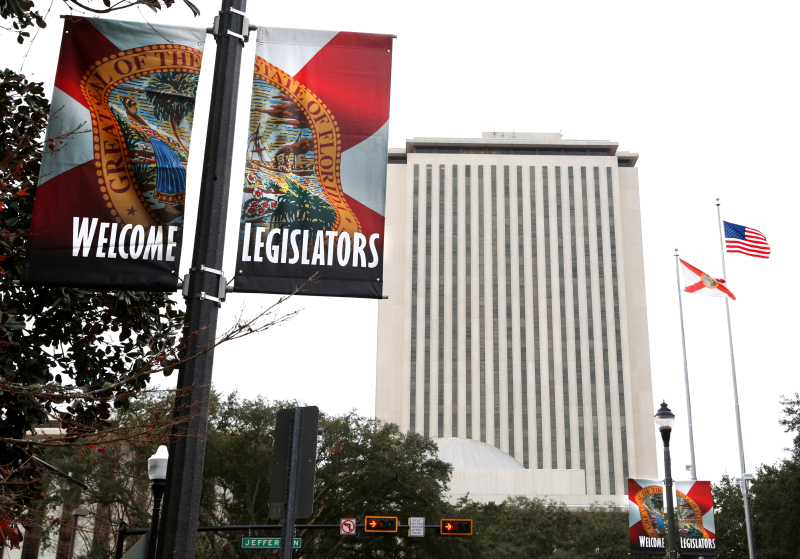 As sexual misconduct issues continued to overshadow policy in the Florida Legislature Tuesday, House Speaker Richard Corcoran predicted that with Sen. Jack Latvala's departure "the Senate will have a revival" and called Latvala's "reprehensible behavior" a constant dividing force in the upper chamber.

But in what could be an ominous sign of the bitter divisions between them, Negron defended Latvala as a lawmaker who, as budget chair, worked to attend to the needs of both Republicans and Democrats in the Senate causes. Negron also repeated his position that the Senate will have "zero tolerance" for sexual harassment but wouldn't buy Corcoran's claim.

"That a narrative some folks may want to get out,'' he said. "That's not how I view the world."

Negron said he spoke with Sen. Anitere Flores, R-Miami, about how she and Sen. Oscar Braynon handled the statement they released Tuesday, confirming their extramarital affair and saying they had asked their families for forgiveness.

"I've seen no evidence whatsoever that their personal relationship has adversely affected how the Senate is run,'' Negron said. "To me, it's a personal matter between them and their families and I intend to move on and don't intend to comment further."

Corcoran, a longtime Latvala adversary, was adamant that the former senator's wrongs far exceeded those of Flores and Braynon.

He said he was referring to Latvala's recent resignation amid allegations of sexual harassment and corruption. "Those are the allegations on the other front,'' he said.

Corcoran defended the ability of political consultants to hire private investigators with surveillance cameras as legal and expected. "In a democracy, comport yourself,'' he said. "Wake up everyday and do the best you can do to be a good person. We're all going to fail. We're all going to fall short but recognize that in this era the thing you fall short on could end up on video and, in most cases, is."

Senate Rules Committee chair Lizbeth Benacquisto, R-Fort Myers, was among a handful of female legislators and lobbyists who wore black in an effort to show unity with the #MeToo movement against sexual harassment.

She said she plans to release a new Senate administrative policy within the next week to modify the Senate's sexual harassment policy. She said she has incorporated best practices from other states and sought feedback from senators across party and gender lines.

The proposal will be updated more frequently and the Senate will also impose a new rule that requires sexual harassment training for senators "to make sure that everyone knows its mandatory."

"I support every effort to make sure that people feel comfortable to come forward,'' she said. "I think this is time to send a message that women and men have a process by which people will be held accountable."

Benacquisto said the Flores and Braynon affair is "a private matter between the two senators.

"I think their priority is twofold, with their families and then serving their constituents the balance of this legislative session."

She acknowledged that with the emergence of social media, no public official can escape having private issues emerge in the public eye.

"We are all public officials and we stand in the public square, and we do that willingly,'' Benacquisto told reporters. "We all have an obligation to behave in a way that honors the time away from our family and our service on behalf of our constituents."

Benacquisto said she takes "great exception" to the concern expressed by many lobbyists and staff that the emergence of sexual harassment allegations has had a chilling effect on relationships between women and men in the state Capitol.

"I just take exception with folks commenting that people will be at a disadvantage and they can't do their job,'' she said. "I do my job. A lot of women do their job. You do your job and I think you're doing alright."

In his annual State of the State speech, Gov. Rick Scott took credit for the bill last year to pass a public records exemption for state workers who alleged sexual harassment.

"With the help of all of you in this chamber, we passed a law to protect state employees who were victims of sexual harassment,'' he said. "Working together, we took a step forward to protect those in state government who were victimized. But let's be clear, more has to be done."

He noted that last month he signed an executive order that outlines a new process sexual harassment training, investigating and recovery for victims at his state agencies and urged the Legislature and all Cabinet agencies "to follow our lead and do the same."

He encouraged lawmakers to pass legislation this year "to protect state employees that witness their colleagues being harassed or victimized" so that people "feel encouraged" to  come forward in an investigation.

"Unfortunately, we have seen this play out all over the country, including Tallahassee,'' he said. "Things have to change. It has to start here and it has to start in this building. The people of Florida deserve much better than what they are reading about in the news. It's very important that we all stand together and send a very strong message: Florida stands with victims.''