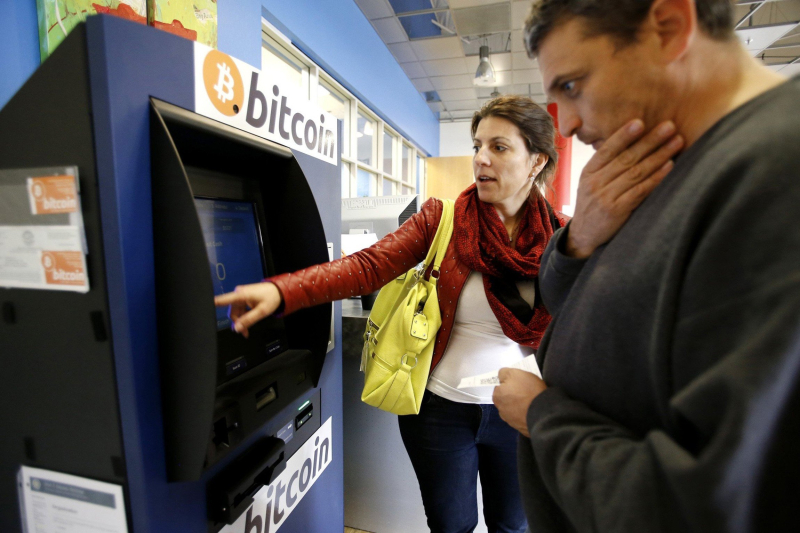 WASHINGTON Lawmakers have formed a special group in a bid to stay on top of the exploding use of bitcoins and similar forms of digital currency in Florida and elsewhere in the country.

Miami has become a bitcoin hotbed, which some federal prosecutors say is tied to South Florida’s reputation as a money-laundering hub tied to drug-trafficking.

The new Congressional Blockchain Caucus is named after the online foundation of bitcoins: The blockchain is a digital ledger that records every bitcoin transaction with an encrypted 32-digit code.

“Blockchain technology has the potential to revolutionize the financial services industry, the U.S. economy and the delivery of government services,” Rep. Mick Mulvaney, a North Carolina Republican, said of the caucus he helped form.

Bitcoin proponents say it’s a revolutionary way to move value quickly and anonymously from one point to another, whether around the corner or across the globe, with no middlemen, no fees, no central banks, no collection of personal data and almost impenetrable computer security.

In the first money-laundering cases tied to bitcoins, a Miami-Dade judge last month dismissed charges against website designer Michelle Espinoza. He was charged with illegally transmitting $1,500 worth of bitcoins.

Polner ruled that the Bitcoin is not “tangible wealth,” is not backed by any government or bank, and “cannot be hidden under a mattress like cash and gold bars.”

Polner wrote: “Even to someone with limited knowledge in the area, the Bitcoin has a long way to go before it becomes the equivalent of money.”

The judge also said that Florida law’s description of money-laundering is too vague to apply to use of bitcoins.

Espinoza paid his lawyer in bitcoins, which fluctuate in value based on buying and selling demand through digital exchanges.

“Hopefully, Florida’s Legislature will consider the impact of cryptocurrencies like bitcoin and craft legislation to balance their potential for abuse with their potential to foster innovation, create jobs and generate wealth,” Hinkes wrote on coindesk.com, which provides news about the controversial currencies.

Polner in her ruling also urged state legislators to update its money-laundering laws.

The IRS calls bitcoins “virtual currencies” and describes them as property, not money.

Bitcoin enthusiasts from across the country gathered in Miami in January for the 2016 Bitcoin Hackathon.

Held at LAB Miami in the trendy Wynwoood neighborhood, the conference encouraged developing Smartphone apps and other software to expedite the use of bitcoins.

A bill to replace the terms "mentally retarded" with the terms "intellectual disability" or "intellectually disabled," an effort known as "End the R Word," easily passed the Senate floor by a 32-0 vote on Wednesday.

It's the third year that Sen. Thad Altman, R-Rockledge, sponsor of SB 142 has been trying to change the language in criminal law, court rules and other official matters.  The change would not affect the content or effect of any laws.

“It’s positive because our people have really been the ones who pushed for this,” said Michele Poole, president of The Arc of Florida, after the bill passed. “They get bullied and we all know how words can hurt.”

House Bill 1119, sponsored by  Rep. Janet Adkins, R-Fernandina Beach, is ready to be heard in the House.

President Barack Obama signed a law in 2010 striking use of the term in federal policy. At least 39 states have taken similar action.

From Doug Hanks and the Miami Herald's Economic Time Machine:

[UPDATE: Around 6:30 p.m. Thursday, Enterprise Florida wrote to the Economic Time Machine to say the ad had been revised to fix the error we pointed out earlier in the day. The version of the commercial on the campaign’s website, perfectbusinessclimate.com, no longer mentions multi-lingual wokers in Florida. Here at the ETM, we sometimes have to correct faulty figures, too, so we’ll happily consider the matter closed.]

Gov. Rick Scott on Thursday rolled out the state’s new “Perfect Climate for Business” campaign, which seeks to convince companies that Florida is just as good a place for commerce as it is for vacations. The video spot that’s a highlight of the $5 million effort includes the line: “We offer a talented workforce of over 9 million, including 5 million multi-lingual workers.”

That’s not quite right, according to Census figures. Florida does in fact have 9 million people in the workforce, but fewer than 3 million speak a foreign language at home, according to Mark Lopez, associate director of the Pew Hispanic Center. And only a portion of those workers are proficient in English, too.

Posted by Tolu Olorunnipa at 3:42 PM in Web/Tech | Permalink | Comments