Geeks on a Plane: The power of the Latin American market

Geeks on a Plane left Miami this morning with more than 40 startups from around the world, including several from South Florida. Those travelers include Brian Breslin of Infinimedia and Refresh Miami, Davide Di Cillo of Fifth Layer, Susan Amat of UM's Launch Pad and Bill Hajjar of Senzari. They embark on a 10-day Latin American trip organized by Silicon Valley's 500 Startups. First Stop: Mexico City. 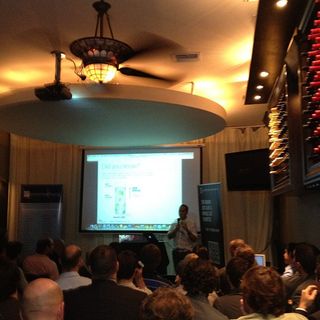 But on the eve of the trip, they got quite the sendoff party at Novecento sponsored by Greenberg Traurig and Senzari, a Miami startup that recently received more investor funding.  Before the dinner, the Geeks on a Plane also got an earful about the Latin American market:

From Rodrigo Teijeiro, founder and CEO of Fnbox.com (photo of him at the event provided by Pabla Ayala):

"The market is here today. You don't have to wait," he said. "The opportunities to disrupt are huge."

And there's this eye-opening stat from Teijeiro: The GDP of Sao Paulo market alone is larger than all of Argentina, Chile, Uruguay, Bolivia and Paraguay combined.

Of course the flip side is the difficulty of navigating the Brazilian market. While it takes seven days to open a business in Chile, it can take four to six months in Brazil. And rents in Rio are more than in NYC, he said.

From Adriana Cisneros, vice chairman of Cisneros Group of Companies:

Hispanics, both in the U.S. and in Latin America, are very early adopters of technology: In the U.S. 60 percent are on mobile, for instance. "It's a really neat time to be in this space... The U.S. Hispanic population is one more country in Latin America you guys should be committed to. ... With technology, the border isn't there. Everything we do here works there, and what we are doing in Latin America works here as well."

Dave McClure, founding partner of 500 Startups, talked about how the costs of setting up a tech business have dropped dramatically in the last decade, from $5 to $10 million all the way to $50,000 to a million today. At the same time there has been a dramatic increase in online distribution platforms, including social media, providing fast and inexpensive access to customers.

500 Startups is part of a growing trend of funds that would rather make small bets on many startups than large bets on just a few.

McClure pointed out that just $3.5 million went into building Slideshare, which recently sold for $120 million to LinkedIn.

In the last 3 to 5 years, amazing entrepreneurial communities have been emerging all over the world, thanks in part to the emerging incubator culture and widespread education available. While any large metro area can be a breeding hotbed for entrepreneurship, one limiting factor is still the local investor market. While local investors might say the talent is not there, McClure has this response to them: "Bull---. You are the one that is not taking enough risks, you're not investing in your own market. If you were to put money in your own market, you would find those talented entrepreneurs." 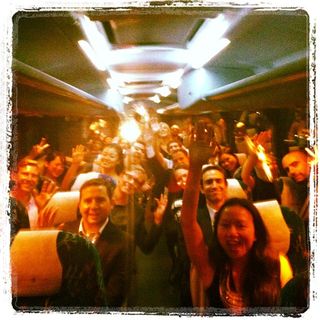