« Venture Capital: Who got what in the second quarter? | Main | 4 social-media lessons from the Olympics »

Today's guest post is by an entrepreneur, investor and attorney with deep experience with startups and technology in Latin American, Silicon Valley and Miami. Here is his view on what it will take to develop a world-class tech hub in South Florida. What do you think? 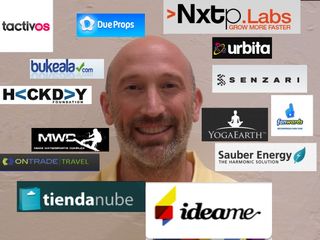 Few places on Earth invoke the kind of economic envy that Northern California’s Silicon Valley does. So much so, that hopes of being the “next Silicon Valley” have spawned scores of wannabes worldwide such as Silicon Oasis (Dubai), Silicon Cape (Cape Town) and Silicon Sloboda (Moscow). In the U.S., “Silicon Beach” is coveted by five cities, among them Miami.

Obviously, all these places share the same ambition: to attain the lucrative concentration of fresh talent, disruptive ideas and venture capital that has driven Silicon Valley’s technological innovation and financial success over the past 50 years. The problem is that there’s only one, and will always will be only one, Silicon Valley.

Should places like South Florida, with the means to foster technological innovation locally, abandon their ambitions? In a word, no. Some, like Israel’s Silicon Wadi, have gone beyond pretension: The Economist ranked it second in the world to Silicon Valley in the concentration of home-grown, high-tech companies, with U.S.-based global firms such as IBM, Microsoft, Hewlett-Packard, Google, Cisco and others having research facilities there.

Did Silicon Wadi happen overnight? No, it took about 40 years, with roots established even earlier than that. Did the Israeli government help? Yes, with low-interest loans and substantial grants, many notably from Israel’s military. Was academia involved? Indeed, Israel’s Technion – Israel Institute of Technology – and its Weizmann Institute of Science are ranked among the world’s top 20 academic institutions in computer science. Venture capital? Yes, that helped accelerate the region’s success, too.

In the late ‘90s, Latin American entrepreneurs flocked to Miami, considered the Americas’ crossroads. The Lincoln Road promenade teemed with Latin notables, such as StarMedia Network, Yupi.com, Patagon.com, DeRemate, Viajo.com, eritmo.com and El Sitio, while others, like Zona Financiera and Telefonica de Espana’s Terra Networks were nearby. Although South Florida wasn’t a tech hotbed then any more than now, IBM’s Boca Raton campus was where the PC was born and still employed more than 10,000 people. Fort Lauderdale’s Citrix Systems went public in 1995 and ended the decade with more than 1,000 employees. In 2001, the Terremark NAP (Network Access Point), which carries nearly all of Latin America’s Internet traffic to and from 148 countries, opened in downtown Miami.

So what happened to Miami’s Silicon Beach community when it seemed to be percolating so nicely as we entered the 21st century?

We became complacent. We took the sprouts of innovation for granted rather than cultivating them. Then came the great dot.com bust of 2000, which tightened the reins on venture capital for years. The Great Recession of 2008-2011, needless to say, was the near knock-out blow.

In my conversations with Latin-based startups over the past several years, I’ve found that, sadly, almost none have expressed interest in a regional headquarters in Miami. Today’s successful Latin American technology companies look to Sao Paulo, Brazil, as the launching point for a regional expansion strategy. And they’re much more likely to open an office in Palo Alto than in Miami as a next step.

We have to accept that getting Miami’s technology community back on track will be a long-term project, but we can accelerate it. Five key requisites are needed that can help spur the realization of Silicon Beach’s potential more quickly:

1. Leadership. Regional leaders need to agree on a vision of Miami as a thriving, world-class technology hub, and then establish specific goals, objectives and milestones to get us there.

Leaders must include: representatives of municipal governments across South Florida; members of local universities and colleges, especially those involved in The Launch Pad at the University of Miami and the Americas Venture Capital Conference at Florida International University; C-level executives from existing regional technology firms and other companies that would benefit from a technology metropolis; representatives from private sector technology accelerators, such as Incubate Miami and the Enterprise Development Corporation in Boca Raton; local foundations that have innovation as part of their mandate such as Endeavor and the Knight Foundation; and members of the South Florida financial community, including venture capitalists focused on funding Latin American innovations, such as members of the Latin American Venture Capital Association.

2. Coordination. Organizing these leaders and distilling their combined know-how, creativity and discipline requires a dynamic, well-qualified individual or group of individuals in the pilothouse. A management office must be established, and an actionable agenda executed with appropriate follow-up.

3. Funding. The effort needs a capital foundation from both the public and private sectors to provide seed capital for startups and operational funds for coordinating and executing the plan. With the cost of the new Marlins stadium exceeding $600 million, surely we can raise at least that much to support the creation of an economic development effort for the new millennium.

4. Positioning. Funding will also support development of the proper positioning of Miami and South Florida as a place where new ventures are welcome — to succeed and, occasionally, to fail. Miami’s role as the Americas’ crossroads should be re-emphasized.

5. Marketing. With 70 percent of its population Hispanic, Miami should encourage startups to redouble marketing efforts aimed at the 53 million Hispanics in the U.S., a demographic estimated to have $1 trillion in buying power in 2010.

Worrying about being the “next Silicon Valley” — much less yet another “Silicon Beach” — is pointless and will not help Miami realize its potential as a bastion of technological innovation. Rather, a larger regional economic development plan is needed, one that recognizes innovation and collaboration as core engines of growth and job creation. The benefits will be many, not least the diversification of our economy, with technology supplementing the often cyclical service and construction sectors to create a more balanced, dependable economy.

(Photo above shows Juan Pablo Cappello with some of his investments.)