« 5 ways to create a social experiment for your small business | Main | News: PlaySpace, with office in Miami, secures $1.9M in funding from Miami investors, others »

Some people want to change their lives. 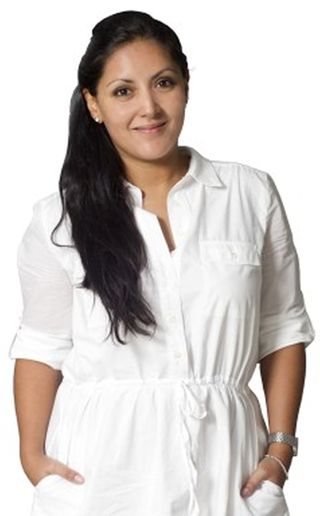 Lorena Garcia Duran and Ashoka, the nonprofit organization whose Miami office she heads, want to change the world.

Garcia Duran opened Ashoka’s Miami office in February, and we met her in May at a Miami summit for the Ashoka Support Network.

Arlington, Va.-based Ashoka is a global organization focused on social entrepreneurship, which is geared to finding solutions to social and environmental problems.

Here are a few excerpts from a Q&A with Garcia Duran and Miami Herald reporter Ina Paiva Cordle. Read the complete interview on MiamiHerald.com/businessmonday.

Q. Please tell me about Ashoka, its mission and its history.

A. If our business is to change the world, for more than 30 years we have been investing in leading social entrepreneurs who are solving all types of social problems in all corners of the world with high impact, scalable and sustainable solutions.

As an organization we have evolved to understand that the real transformative change will come when all people become change makers. We understand that the most transformative change of all is not the program, A, in health or the program, B, in environment or not even the network of social entrepreneurs by itself, but the most powerful change today is that every single individual realizes their potential as change makers.

We need to reach the point in society where every single individual has the experience of leading change and becoming a change maker and every single institution sees itself as a source of change makers and positive impact in society; business, schools, academia, church, communities,
neighborhoods.

We already have a network of 3,000 leading social entrepreneurs working across the globe in different fields.

If we accomplish this we believe this could be the only kind of real force that could bring a world where we can have sustained progress and good.

Q. What exactly is social entrepreneurship?

We call them Ashoka Fellows and we like to say that our Ashoka fellows are what the Steve Jobs and the Bill Gates are for the business entrepreneurs.

In business you have many entrepreneurs, but there are only a few who will bring really breakthrough
innovations that will transform entire industries.

Ashoka fellows are the equivalent to the Steve Jobs and the Bill Gates in the social field. They are bringing new solutions that will transform an entire field, a country, a region with their solution.

A social entrepreneur will be focused on transforming the system and making the solution accessible to the bigger groups of population, but not necessarily capturing the idea and building their own organization. On the contrary, they are giving it away and having others replicate the idea.

So, with a very successful or highly successful social entrepreneur, the bottom line will be that the system has changed, society has changed, a field has changed, but not necessarily by the measure of growing their own organization but because their main idea became the norm.

Q. Why did Ashoka decide to open an office in Miami?

A. In Miami we found a region that not only had significant ties to Latin America, but also had a
broader perspective and more potential for impact.

Of course, South Florida is more than just Miami and we found that the larger community was becoming a hub of successful young business people from all over the world who want to be part of social change, but that they aren’t necessarily attracted to common philanthropy or charity. They are
attracted to social entrepreneurship, innovation and systemic change and that is when we understood the clear opportunity to collaborate with them in a more active and frequent strategy.

We also understood the key role that Miami and South Florida could play for all our efforts in the Americas. We believe Miami is the capital of Latin America and certainly a key hub for all the Americas. And if we are aiming for a world where everyone is a change maker, what a better place to
concentrate operations!