In a TechMeetup I attended this week at the newly opened Pipeline Brickell coworking space, Maurice Lopes, founder and CEO of Miami-Based EarlyShares, shed some light on crowdfunding  for equity in an event called CrowdCamp. The company, with 15 employees in its Miami and Chicago offices, has been on a nationwide roadtrip to explain crowdfunding.  He made a presentation and then took dozens of questions from the group. 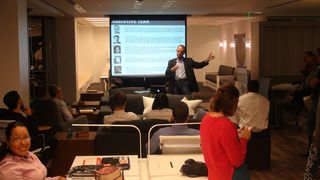 A bit of background: Lopes said he founded EarlyShares last year as a way for businesses to raise capital through crowdfunding. He explained how  Sherwood "Woody" Neiss, Jason Best and Zak Cassady-Dorion of Miami Beach campaigned long and hard to bring equity crowdfunding in the U.S and started the framework for what we have now. The JOBS Act, signed in early April, allows everyday Americans to invest in companies, among other provisions. It's in the regulatory process now –- where the specific rules for crowdfunding are being shaped  -- and the new law is estimated to go into effect in 2013, perhaps in the first half of the year. Lopes, as an industry leader, has been heavily involved in discussions and meetings with regulators as the rules are being shaped. 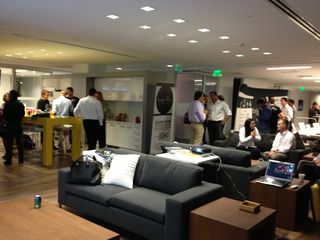 Lopes explained equity crowdfunding could be huge for small businesses, not just high-growth tech companies.  “The gym never got funding before, the aerial sign company never got funding before, the dog walking company that came to us last month with 120 employees and $5 million in revenues never got  funding …  So now you have a chance to own a piece of a company that might be down the street  that  might be a catering company  that does  12,000 meals a day to schools... Great investment, long term, may pay a nice dividend, a feel good investment, lower risk. This fills that gap.”

“Our reality for small business now: There is no funding," he continued. "...This is the first time we have a piece of legitimate legislation that allows people to invest in other people.”

Lopes explained that EarlyShares is already taking applications –- it has had more than 1,000 companies apply -- so the company is seeing data about the type of companies that will potentially use the platform. The majority as of now are actually not startups, he said, but small businesses in existence for years. 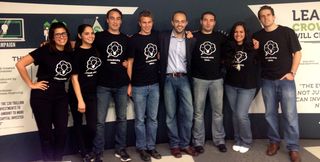 On the EarlyShares platform, companies that seek funding will be able to raise $100,000 to $1 million in an offering using standard deal documents EarlyShares provides. The average "ask" so far has been running about $250,000, he said.  Using that number, Investors will be able to buy a share of stock for $100, meaning 2,500 shares could be sold. Its an all or nothing offering -- if a company doesn’t hit that $250,000 ask, the investment isn’t made and no money changes hands.  If the ask is met, the  investments will be grouped under one SPV, or Special Purpose Vehicle.

So why crowdfund?  Using the above example, with potentially 2,500 investors owning a piece of your company, it’s a great way to not only get the money you need, but also validation of concept, exposure, and a large base supporters who have a vested interest in your success, Lopes said.

Here are some of the other questions Lopes answered, with the qualifier that the regulations are being shaped now and some are subject to change:

Why is fraud not a major concern? As part of the offering, companies will be putting up a lot of information on the platform, Lopes said. In Lopes' view, When you have thousands of people looking at your project, discussing it in chatrooms, asking questions, it’s transparent. If something smells funny, the people will find it, he said. Also, there are two protections incorporated in the law: a securities and background check required of all officers owning more than 10 percent of the company and a valuation by a third party.

As a company seeking funds, how can you improve your chances of success? You have to work hard at it, through your friends and family network, your social networks, etc., Lopes said. What is typical is total strangers aren't generally apt to invest until after you have reached 30-40 percent of your funding goal, so getting to that first 30-40 percent quickly is key. No one wants to be the first in.

Can you raise more than what you are expecting? That’s still being worked out in the regulatory circles, he said.

Will companies be able to be raise other types of financing? Right now, it’s just equity, Lopes said, explaining that the rules are still being shaped.

Will EarlyShares vet the listings on its platform? There will be a list of criteria all companies will need to meet to be listed on the platform, he said. For instance, one would be a requirement that there is a management team, not just one person. Another might conern insurance, he said.

What are the charges? EarlyShares plans to charge between 6 and 9 percent, depending on the amount in the ask. The higher the offering the lower the charge because the amount of work for EarlyShares is the same. EarlyShares will not charge upfront fees but that’s not to say there won’t be upfront fees, Lopes said. There are third-party companies that will charge for the required background check and valuation that are required by the law. This might cost $500 to $1,000 for each, for example.

Stay tuned for much more on this subject when the regulations are released and the law goes into effect sometime next year. Here is a recent post by Sherwood Neiss on the topic.

Lopes ended with a plug for the SMB Challenge -- EarlyShares is the major sponsor. There’s still about two weeks left to enter the free contest, with a $50,000 prize pool. Find  an earlier post here.

(Photos provided by EarlyShares show Maurice Lopes, CEO of EarlyShares, giving a presentation, a general view of the TechMeetup at Pipeline Brickell and members of EarlyShares team at the event.)