Making the case for crowdfunding: Q&A with Sherwood 'Woodie' Neiss 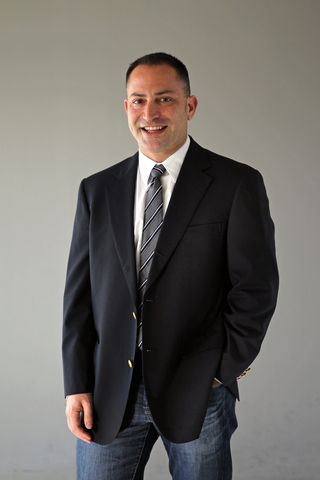 Favorite saying: "The truth is not for all men, but only for those who seek it." -Ayn Rand.

Sherwood "Woodie" Neiss is passionate about entrepreneurship. And he has helped lead the charge to change nearly 80-year-old federal securities laws about investing, so that entrepreneurs can gain access to capital.

Called crowdfunding, the changes will allow small investors to fund start-up businesses, hopefully creating jobs and boosting the economy in the process.

Earlier this month, while Neiss was in Dubai speaking at the Global Entrepreneurship Summit, we emailed him questions. Here are his edited responses.

Q. Please tell me about your entrepreneurial background.

A. I’ve always been an entrepreneur at heart. I was the kid selling lollipops in elementary school, mowing lawns in high school and selling T-shirts to get through grad school. I learned early on that input drives output and nothing happens of its own accord.

I helped co-found a company, FLAVORx, based in Washington, D.C. FLAVORx solved the problem of getting kids to take yucky tasting medicine. By the time we sold the company in 2007, we’d gone from two to 50 employees and one to 40,000 pharmacies, including the nation’s biggest retail chains like CVS, Walgreens and Walmart.

Q. Please explain what crowdfunding is and how you became involved.

A. Crowdfunding is where a group of people pool money together to help fund someone with an idea. As a concept it isn’t new. Prior to 1900, Savings and Building Associations allowed communities to come together to finance home purchases. Charity events and political contributions are also forms of crowdfunding.

Kickstarter launched the current crowdfunding movement in the past five years. I became involved because, with the collapse of the financial markets in 2008 and the recession, everyone was talking about jobs.

My peers Jason Best, Zak Cassady-Dorion and I (all entrepreneurs) understood that the only way out of the recession was to create jobs. Jobs provide wages, and people use those wages to buy goods and services. Money flowing through the system will improve the economy.

However, in order to create jobs, businesses need access to capital. And with the financial meltdown this capital evaporated. We understood that we needed to get capital flowing to small businesses.

Frustration also helps. I won a Startup Weekend event here in Miami. A crowd of people thought I had a winning idea for a company – using smart phones for instant polling. I went out to raise money for it and couldn’t find it. Jason, Zak and I couldn’t understand why it was OK to ask people to give money to worthy causes but it was illegal to ask those same people to invest in a worthy business.

Q. What was the law previously and when was it created?

A. Seeking investment capital from the public is illegal unless you go through a costly registration process with the Securities & Exchange Commission. One of the reasons for the Great Depression was shysters selling fictitious shares of worthless companies to unsuspecting investors. The SEC was formed with a mandate to protect investors, and also to promote the efficient use of capital.

So in 1933 and 1934 they passed laws to prohibit people (issuers) from publicly soliciting money from people (investors) who are essentially not millionaires (accredited). We’ve lived under these laws with a few exemptions for the past 80 years. The exemptions worked just fine until the collapse of the financial markets in 2007, because the private markets were providing the capital necessary for startups and small businesses to hire and grow. As the capital markets dried up, small businesses suffered disproportionately.

The old rules needed to change. However, it required updating the security laws to the Internet Age, something regulators were opposed to. Our job was to show our legislators that the advances in technology (the Internet) and social media could allow us to do what the regulators couldn’t on their own, patrol the markets.

Our 10-point framework, called the Startup Exemption would allow communities of people to come together on SEC-registered websites, vet an entrepreneur, business idea, financial model and investment opportunity and decide if it is worthy of funding. Since it was investing instead of donating, we called it Crowdfund Investing.

Q.You succeeded in changing the law. What about the legislative process you went through?

A. We took this framework to Washington, D.C. in January 2011 and started our grassroots lobbying efforts. We were naïve enough to think that we could make a difference. We used our network to identify some key supporters like Karen Kerrigan of the Small Business and Entrepreneurship Council and she helped us get in front of some influential people like Darryl Issa (R-CA) who is the powerful chair of the Government Oversight and Reform Committee in the House.

He sent a letter to the SEC which included questions from us about why we couldn’t leverage advances in the Internet and technology to help startups and small businesses crowdfund capital. This started the legislative engine. He called the first hearing on Capital formation (here’s my testimony)  in May, 2011.

The White House reached out shortly thereafter and we provided them a two-page summary of the problem with the security laws, how our framework will solve the problem and create jobs. President Obama then endorsed Crowdfund Investing and Patrick McHenry (R-NC) called the second hearing here’s that testimony) and drafted the first crowdfunding legislation based on our framework.

HR2930 was the bill and it ended up passing the U.S. House of Representatives 407-17! It was one of the highest bipartisan bills to come out of the House. It went over to the Senate where it was grouped together with several other capital formation bills into the JOBS Act (Jumpstart Our Business Startups). It passed the Senate 73-26. We were there as President Obama signed our Bill into law on April 5th.

Q. What is the new law that passed in April?

A. A company seeking money from “the crowd” may sell up to $1 million of securities in any 12-­month period to an unlimited number of investors. The law is designed to facilitate small investments  by many people. The SEC limits investment amounts by individuals based on annual income or net worth, because the idea is for a lot of people to contribute small amounts of capital and to collectively create a larger pool of cash for use by entrepreneurs.

Q. When does the new law go into effect and what is the next step for crowdfunding?

A. The law gave the SEC 270 days, until Dec. 31, to come up with the rules under which the industry will develop. We don’t expect the rules to be issued by year-end, but are hoping it will happen in the first quarter of 2013. Then the SEC will consider public comments and come out with the final rules, hopefully by the end of the second quarter of 2013.

The next steps are already taking place. A robust crowdfunding ecosystem is already developing. Funding portals are being built, third party providers like background check services are launching and an International Trade Association called Crowdfunding Professionals has launched. CfPA already has over 800 members, 12 percent of which are global. Jason and I are founding board members.

Q. What impact can crowdfunding have in South Florida?

A. Since crowdfunding is based on community financing we think it will have a tremendous impact here in South Florida.

There are a few reasons for this. First, South Florida isn’t known for capital formation so crowdfunding will allow the community to step in where the banks and Wall Street have stepped out

Second, South Florida is full of some of the most entrepreneurial people in the United States. There are many people and cultures here and entrepreneurs who have innovative products and services have a market for these ideas.

Third, crowdfunding takes a strong community. Unlike many other communities across the country, South Florida has a strong Latin community. Latins are very family oriented and are used to rallying around loved ones. Crowdfund investing will allow these communities to finance their loved ones and play an active role in their success.

We believe that South Florida will be one of the success stories for crowdfund investing and create thousands of jobs here.

A. Crowdfund Capital Advisors is a five-person consultancy firm that works to develop a global crowdfunding ecosystem. We advise crowdfunding platforms like Crowdfunder and Seedinvest,
broker/dealers like Gate Technologies and third party providers like Crowdnetic and EarlyIQ. We work closely with the law firm Ellenoff, Grossman & Schole, which is a firm focused on crowdfund investing.

We were retained by Wiley to write Crowdfund Investing for Dummies, which will come out in March 2013.  We are partners with the U.S. State Department’s Global Entrepreneurship Program and founders of the Program for Innovation in Entrepreneurial and Social Finance at University of California Berkeley.

Since most countries follow U.S. security laws, governments globally are interested in learning what we did, how we did it and what it can mean for them. We have visited and worked with the governments and stakeholders in Mexico, Colombia, Turkey, Canada, the United Arab Emirates and Italy on their crowdfund investing programs.

We expect to triple in size this next year.

Q. What is the next step?

A. Our next step is to continue take our framework global. We are exploring projects in the Middle East, Asia and South America.

We sincerely believe that if we can promote entrepreneurship and innovation via crowdfund investing we will give local communities a vested interest in the success of their entrepreneurs. They will  create jobs that will stimulate economies regionally.

If we get it right we can deploy capital for good. Doing so can provide stability to regions like the Middle East where political unrest comes in part to high unemployment. Essentially we believe that we can promote peace through crowdfunding. A lofty goal, but then again, isn’t having a vision what being an entrepreneur is all about?