The SuperConf 2013 team has released details about this year’s technology conference, which will explore the intersection of design, development and entrepreneurship. SuperConf will be Feb. 21 and 22 at the James L. Knight Center in downtown Miami. Here are some of the highlights: 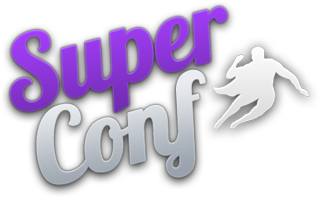 Like the last two years, a conference highpoint will be the Startup Blastoff, where eight  teams will launch their businesses. They will pitch in front of a panel of judges made up of angels, venture capitalists and founders and one of them will go home with at least $25K in cash and prizes, said Auston Bunsen, founder of SuperConf, now in its third year.

New this year will be two tracks of workshops covering marketing and business development and design and development.

Day two will feature nine speakers, many flying in from Silicon Valley to share their wisdom. The SuperConf team is announcing the first three speakers: Neil Patel, the co-founder of Crazy Egg and KISSmetrics and named by Entrepreneur Magazine as one of the top entrepreneurs in the nation; Drew Wilson, creator of Pictos Icons & Font Server, Space Box, The Industry, Valio Con and Screeny, among other ventures; and Juan Diego Calle, serial entrepreneur and co-founder and CEO of the fast-growing .CO Internet of Miami, the .co domain registry. An after-party lasting through the evening will cap off the two-day event.

“SuperConf is about bringing the passion and excitement of Silicon Valley to Florida,” said Bunsen, pictured at left “We bring the top technology and startup talent from all across the globe here to Miami in hopes of inspiring the community to learn and apply their lessons on building incredible value here in Florida.”

Brian Breslin and Davide Di Cillo are also on the SuperConf organizing team this year, and sponsors include the Knight Foundation, MetaLab, Tropo and New Frontier Nomads.

For more information, tickets, or to apply for a chance to launch in the Startup Blastoff, go to superconf.co. For tickets, early bird purchasers will be rewarded, as ticket prices will be increasing as the event gets closer.