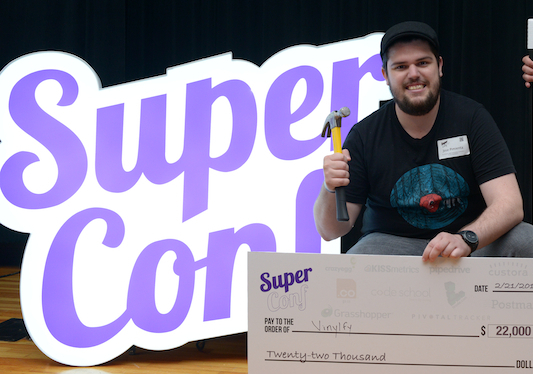 Jose Pimienta had never pitched to an audience when he got the call last week that he was selected to compete in the Startup Blastoff at this week’s SuperConf technology conference -- in front of judges and about 200 people. He didn’t even have a pitch deck or presentation for his new company, Vinylfy.

So what did he do? He taught himself to pitch over the weekend using a slide show and  an explanatory video on “How to pitch a VC” by Dave McClure, founder of 500 Startups. “I watched it three times,” he said, and quickly put together a presentation.

On the Monday before Thursday's showdown, he made his pitch to Auston Bunsen, Davide DiCillo and Brian Breslin, the organizers of SuperConf who watched the pitches of all eight entrants before the conference and made suggestions for improvement. They told him his presentation was strong, but it needed  to be more personable. He incorporated all their advice.

“I was really nervous,” said Pimienta, but all the hard work paid off. Pimienta and  his co-founder, Osniel Gonzalez, won the competition at SuperConf, the homegrown two-day technology conference that concluded Friday. 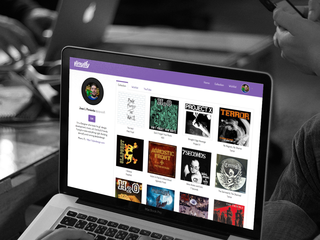 Their new company, Vinylfy, helps record collectors keep track of their collections, trade and share with others online. The two co-founders both have day jobs at a local technology company, but they started working on it just two months ago on nights and weekends. Their total investment: under $200.

“Now that is bootstrapping,” said Juan Pablo Cappello, a serial entrepreneur, investor and lawyer and one of the judges of the competition.

"This is my third year as a SuperConf judge and not only has the conference gotten better every year but the quality of the startups as well," added SliceHost co-founder Matt Tanase. "It was a tough decision, but what really stood out for us about Vinylfy was his passion and how important the success of vinyl records was to him. There was also a very clear path to revenue ... And he has gotten some traction with no advertising, all word of mouth. It was really impressive."

With their winnings of $22,000 in cash and prizes, Pimienta and Gonzalez intend to work on their customer acquisition strategy and legal protections, Pimienta said.

Pimienta, a record collector, said he understands first-hand the problem his company is trying to solve. “My collection grows so fast, I even forget what I have. I wanted a way to always know what I have, and to socialize and trade with other collectors.”

But for Pimienta, 24, and Gonzalez, 29, (pictured at right), their entrepreneurial journeys go back more than a decade. They both knew each other in Cuba, became friends and shared a love of music. They both learned to code there, despite the outdated workbooks, low Internet penetration and bare-bones computing infrastructure. Gonzalez was even Pimienta’s professor at a university in Cuba for awhile.

Vinylfy is not their first project together. They recently built dNominator, an iPhone app to help  generate names for your startups, projects or apps and check domain and twitter handle availability in seconds. They have also used their design and programming skills to build numerous websites for other people through their design company, Alpis Design http://alpisdesign.com/

How are they finding the startup community in Miami so far? “We didn’t know anybody, so we started going to Refresh Miami. The people in the community are really good people. They have been really helpful,” Pimienta said.

After they won the award, offers of help began to pour in.  Adam D’Augelli of True Ventures, one of the judges,  gave Pimienta his card and asked him to follow up. Congratulations and offers of help came through tweets.  Wifredo Fernandez, co-founder of The LAB Miami, offered the team six months of free co-working space.

"We are so inspired by their journey and really want to do all that's possible to help them succeed," Fernandez said. "It really is an American dream story."