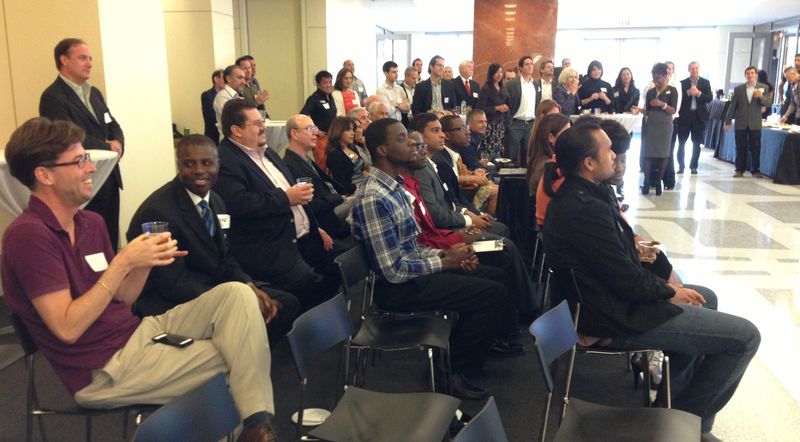 South Florida is not exactly synonymous with clean-technology innovation, and the sector has been out of favor in the venture capital community.

So I was curious to find out why the Cleantech Open Southeast Region had chosen Miami as one of its hub cities to launch its 2013 U.S. business accelerator and competition at its event Thursday night at the UM Life Science & Technology Park. The launch marks the second year for the program in the region, but this year it is expanding beyond the Washington, DC-Baltimore area with launches in Atlanta, North Carolina’s Research Triangle and Miami. I met a number of passionate local entrepreneurs, consultants and nonprofits with interesting projects in the space among the 100 or so people attending the launch event. 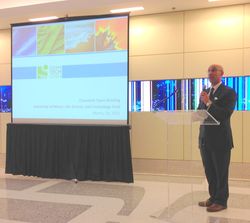 Joshua Greene,  co-founder and regional director of Cleantech Open Southeast region (pictured here), said Miami’s connections with  the Caribbean and Latin America make it a natural regional hub city and added that Miami is growing an exciting ecosystem “we would like to be a part of.” And because clean-tech does come with its own set of challenges around development and  funding, Cleantech Open’s global network becomes all the more valuable, he said, citing the program’s access to more than 1,500 mentors, investors, corporate and government leaders and subject matter experts in all 50 states and 26 countries. More than 700 clean-tech companies have rasied $800 million through its programs since 2006. Its model, he said, is to work with local economic development partners so that job growth and investment stay in the region.

Sean O’Hanlon, metro director of Cleantech Open Southeast and CEO of the American Biofuels Council, said clean-tech is a mechanism for economic development and his goal is “to put Miami on the map as a clean-tech hub.” That would be welcomed by some of the entrepreneurs at the event, who said the community here so far is indeed quite small and much of their business and networking is focused elsewhere.

Sonia Succar Ferré, principle of Sustain Ventures who is helping to organize the effort locally, said she saw first-hand the value of participating in the competition. She and a team made it to the semifinal stage when she was in Boston, and she immediately benefited from the connections and mentorship, she said. She also said the time is right for clean-tech entrepreneurs and potential mentors to get involved. “There is a network here but it just needs to tighten up a little bit. It's up to us as a founding group to get that together. Miami already has a strong incubator base, the opportunities are all here."

The accelerator, competition and national program are focused on eight innovation and technology categories: Energy Generation, Energy Distribution & Storage, Energy Efficiency, Chemicals & Advanced Materials, Information & Communication Technology, Green Building, Transportation and Agriculture-Water-Waste. Entrepreneurs will apply to the accelerator across these categories (fees apply), and be evaluated and selected to participate in the program that spans from spring -- and includes bootcamps and a regional competition -- through the late fall, culminating with a Global Investment Forum and national competition in Silicon Valley in November with $200,000 in prizes.

The application deadline is May 1. There is an April 10 “early bird” deadline to save some money on the application fee. To learn more about the Cleantech Open Southeast or apply, visit www.cleantechopen-southeast.org