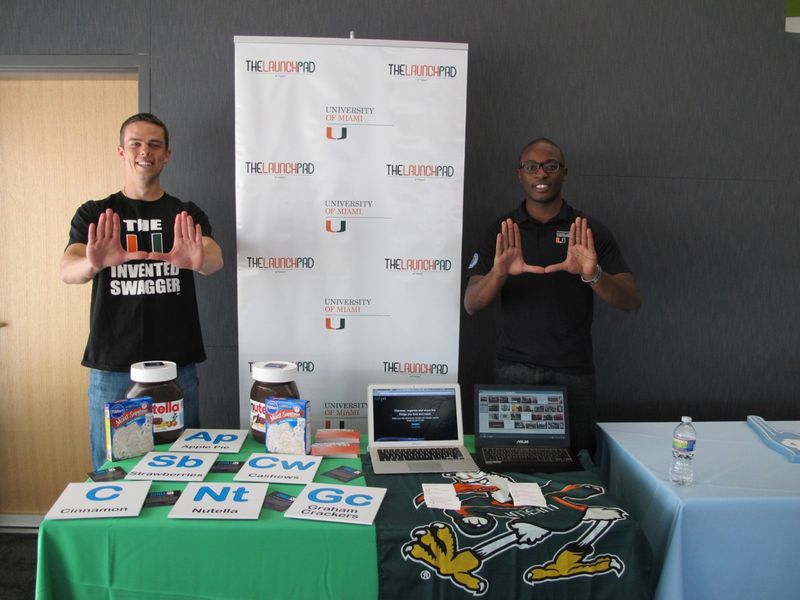 Chuck Woodard of Chill-N Nitrogen Ice Cream and Travis Montaque of Splyst.com, at their exhibit at the ACC March Madness Pitch-Off Competition in North Carolina. Photo provided by the Launch Pad.

For the second year in a row, a University of Miami Launch Pad venture has won top honors at the ACC March Madness Pitch-Off Competition in Raleigh, NC. 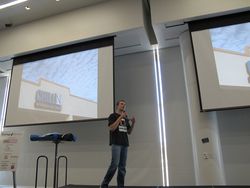 Pitched by Chuck Woodard, Chill-N Nitrogen Ice Cream, a dessert shop/lab that’s making natural flavored ice cream with liquid nitrogen and now open at  8271 SW 124 St. in Pinecrest, competed against a select roster of student ventures from among twelve ACC schools and their entrepreneurial venture programs, in a bracket-style pitch-off, patterned after the NCAA basketball tournament.

Aside from Woodard, the other competitor from UM was Travis Montaque of Splyst.com.  In Montaque's own words, "Splyst is a smart dashboard that allows users to collect their Internet experiences, learns their preferences, and returns to the user new information on the web that is relevant to them. In short, Splyst is a proactive social search engine."

"We are extremely proud of the performance of both of The Launch Pad entrepreneurs that competed and very pleased that Chill-N was recognized as the winner from among a very strong group of competitors sent by all the schools in the ACC," said Will Silverman, director of The Launch Pad, who just returned with the competitors on Thursday.

The Launch Pad is based at the University of Miami's Coral Gables campus. This nationally recognized student and alumni venture coaching program pairs coach-mentors from the business and entrepreneurial community with motivated students and alumni ventures, to help them develop and launch their businesses.