Rokk Miami with Brad Feld: No shortage of ideas, next steps for building a startup community 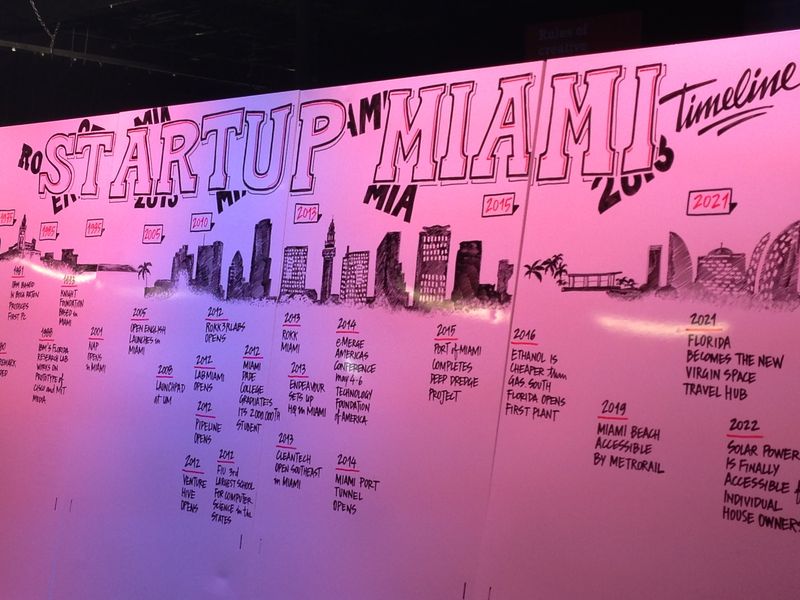 How do you pack together a couple of hundred people -- many of them entrepreneurs -- to come up with executable steps to building a startup community? It's OK if the process is a little messy and chaotic, said Brad Feld, who wrote the book on the subject -- that's how the magic happens.


At Rokk Miami 2013, the first event of its kind hosted by Rokk3r Labs with support from the Knight Foundation and Brad Feld and held at The Light Box, 10 working groups of 10-12 people broke away to brainstorm strategies for their assigned themes, which revolved around the role of early stage and later stage companies, investment, education, the Miami brand and community support, while others networked in the halls. Later the groups came back together and each working group presented one to three of their best ideas. Brad shared  insights on what worked and hasn't worked in other areas.

Jose of TekFight (look for TekFight to return to Innovate MIA in December) shared his group's idea for a central go-to place, like a startup chamber of commerce, to get the advice or guidance you need about resources and options Miami's community offers.  Brad advised recognizing there will be messiness but organize it as organically as you can, using technology rather than physical spaces. For example the Hitchhiker's Guide to Boulder Tech Startup Community is a 28-page SlideSshare on the web containing lots of info and links that can be easily updated. Boulder also has a Co-working Space Week, a tour of all the spaces and a website with spaces.

Other ideas were presented about how to get later-stage companies more involved in mentoring and other ways of helping the startup ecosystem, and Demian of Senzari said he would convene a group of CEOs of these companies. Brad said these companies are at the stage where they can start paying it forward -- either by making small monetary investments in startups or in sharing resources, such as office space, services or their time. Don't let them get disconnected from the community at just the time they are needed most, Brad said.  "Be the person that helps the next generation of entrepreneurs." 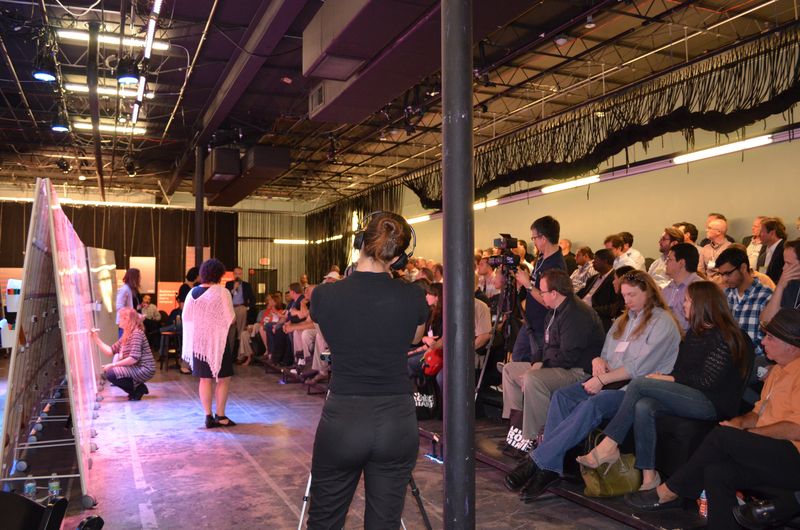 There were several ideas for creating an online network for connecting investors and startups, or embracing one that has already been started, such as mapyourstartup.co. Another group suggested an investor collective that includes local and out of market investors. Another one: an investor bootcamp.


Brad said the seed and angel network is easiest for the startup community to build. "The next layer [of funding] is really hard to raise everywhere all the time no matter what you read in TechCrunch," he said. I would  encourage you to focus your energy on your local layer of angels or in trying to lure investors from other areas that already have ties here, he added.

In an area the size of South Florida, think of the startup community as neighborhoods, Brad said. Each neighborhood has unique characteristics but they are all linked. Make sure you are cross pollinating. Pick an event in another neighborhood every month and check it out. "Move around, that connective tissue between the neighborhoods is so important, on the capital side as well." TheSouth Florida startup community has already started experimenting with offering a bus between the three counties for some events.

Kristen of Bookigee asked: How do we vet and put together a network of quality startup advisors and connect them with startups who need them?  There is a difference between hiring a lawyer and hiring a lawyer with experience in startups; same for accountants. We would like to build a network of homegrown vetted legal and financial experts who specialize on startups, her group said. Brad agreed this is essential for long-term growth. One of Brad's suggestion: If you find a good lawyer or accountant or investor, don't keep it to yourself, share that person.

We need to connect high school students with startups and we have 400 students eager and ready to go -- let's make it happen, said Wifredo of The LAB Miami.  We are working with Miami Dade Public Schools, the Network for Teaching Entrepreneurship and the co-working spaces to start getting these students placed this summer, Wifredo's group said. "I put this idea in the highly awesome category," said Brad.  "If every company that's local decides to adopt two or three high school students, that's transformative."

How to get junior high and high school students interested in tech? Get kids involed in the maker movement, robotics and hackathons -- way more fun. Progressive companies like Sphero are doing events with kids and their parents.

As for branding Miami, your brand is Miami, Brad said. Embrace your natural resources -- which are often cultural -- such as Miami's position as the gateway to Latin America and its vibrant arts scene.  Amplify them. 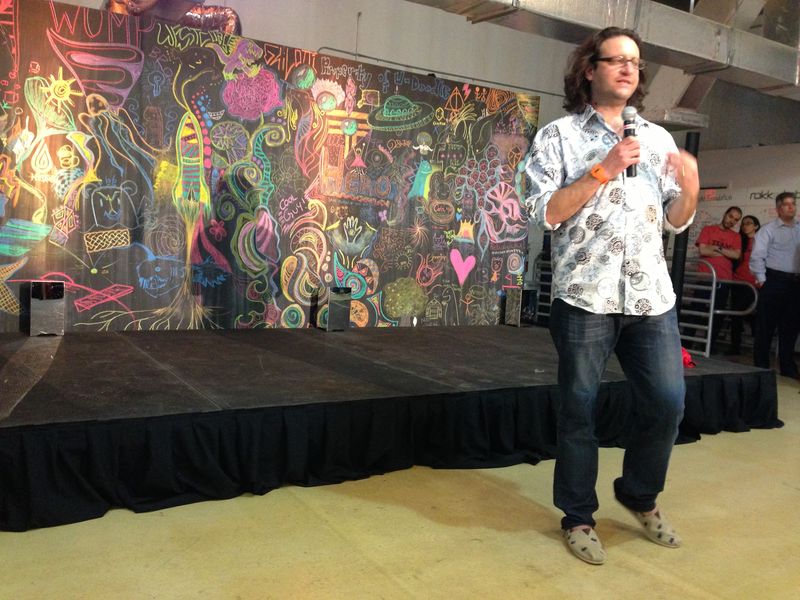 Later in the day at The LAB Miami, with several hundred in attendance, Brad shared more from his book, Startup Communities: Building an Entrepreneurial Ecosystem in Your City, and experiences: Recognize that, just like building a company, building a community takes time -- 5, 10, 15 years; the movement needs to be led by entrepreneurs; it should be inclusive; and regular events by and for entrepreneurs are critical (we seem to have that one down, thanks to Refresh Miami and many meetup groups).  "What you all did today was awesome," he said.

"At Rokk3r Labs, our commitment is to continue to lead the charge and take on all the things that we can, but we are looking  to you guys -- let's work together to make these goals measurable, let's make them  actionable," said Nabyl Charania, co-founder and managing director of Rokk3r Labs in closing the event. "If we can do that, this event was a success."

Check out this  digital capture of RokkMiami from Jodi and The Value Web team, which fascilitated the event.

The Knight Foundation's blog post, which includes a link to the full presentation, is here.

The event photos were provided by CVOX Group, Jose Pimienta and yours truly.