'Miami Nice' is our special sauce 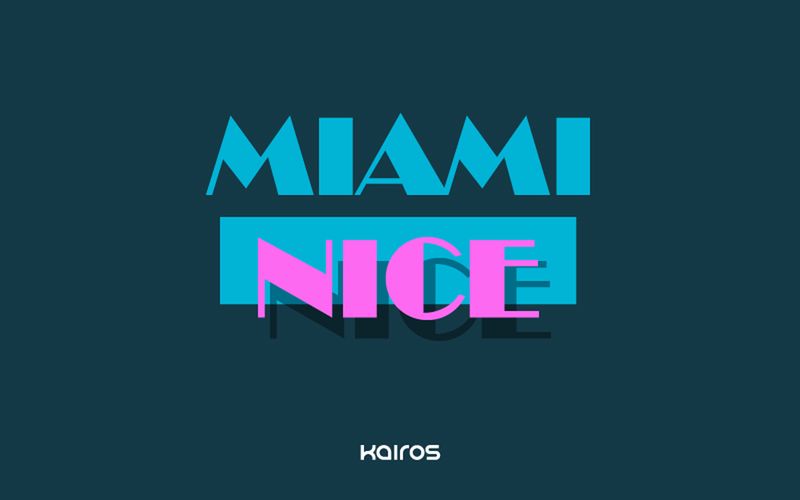 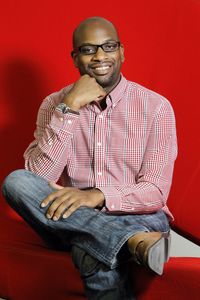 I am the CEO of Kairos, a tech startup focused on facial recognition in the workforce management and retail spaces.  We moved from San Francisco to Miami last year and it's been nothing less than a stellar experience and a blessing.

There are a number of reasons that we came to Miami, reasons like weather, a budding tech scene, weather, a growing urban core, the Über hipness of Wynwood, great incubators popping up like The LAB Miami, and did I mention weather?

But what keeps us here, and what binds us to this amazing city, is relationships. In Miami we are good at relationships, it's our special sauce. Maybe it's the friendliness of our Latin inspired culture, our multiple shared languages, or maybe it's just that weather I spoke of, that makes us just darn happy people. The relationships that Kairos has built in Miami have had a huge impact on our growth and success.

In August of last year we had just finished the Google sponsored NewMe Accelerator and then returned to Miami.  Fresh off the plane last year from San Francisco, I attended a evening event at the Launch Pad on lean methodologies. It was hosted by Andrej Kostresevic. I enjoyed the free pizza and drinks, sat in the back fully intent on simply watching and learning the scene, yet "Miami Nice" would not allow just that. I met Wifredo Fernandez eating a slice of cheese pizza (folded correctly as any good Philadelphia inspired individual would) and he immediately asked me how I was, what brings me here, that he had lived in my hometown of Philadelphia and that he was happy for us to have completed the NewMe program. He then promptly introduced us to Matt Haggman of Knight Foundation.

Matt and I had a couple of breakfasts at the amazing Deli Lane in Brickell, and he also was VERY warm and welcoming. He told me all about the budding scene and how Knight it trying to empower and educate our community through entrepreneurship. It was a positive and heartening message. The Philadelphian in me was waiting for the catch, but again the "Miami Nice" struck me. (A reoccurring theme) I told him we were looking to raise a seed round, and he immediately gave me a introduction to a couple of local angel investors including Juan Pablo Cappello and Marco Giberti

Juan Pablo, Marco and five other investors invested into Kairos's Seed round. Giving us the financing and the chance we needed to close some big deals (JC Penney, etc) and finish some key technology. Beyond money, they have also been great friends. Inviting me to their homes for BBQ's, inviting me to startup events, and even submitting my name to speak at a event on "How I financed my startup" put on by Hispanic Unity of Florida. Their "Miami Nice" is the reason Kairos still exists.

At the Hispanic Unity event, I met Yvonne Lopez. Her "Miami Nice" was on overdrive. :) She leads community outreach efforts for the City of Coconut Creek and as soon as she saw our technology she thought "That would work great for our city."  She setup a meeting with their IT Director who I met with just yesterday. Coconut Creek is now planning on deploying our facial recognition timeclocks across the city for their 300 employees, including the Police Department. It's a key government customer that will enable us to land more government business. They loved the product so much they even offered to show it off to other potential customers and investors. They plan to install it in their sparkling new building on their government campus. Kairos now has 124 customers in our pipeline, and Coconut Creek will be our first government customer.

"Miami Nice" is not just kindness, it's really trying to help those you meet. We are giving back by mentoring at places like Incubate Miami and taking five interns from Posse Miami (also funded by the Knight Foundation).  "Miami Nice" is a real asset for Miami, I believe it's our special sauce and why we have such a vibrant and growing tech community. I can tell you, tech events in Miami are much larger than any in Philadelphia or even San Francisco, people are friendlier, and more willing to help. "Miami Nice" is going to be what launches Miami to the next level. I'm proud to lead a Miami-based tech company, and I aspire everyday to be as "Miami Nice" to others as they have been to me and to Kairos.

Brian Brackeen is the CEO of Kairos, a facial recognition and identity focused B2B. He worked at Apple, IBM, and Comcast before getting bit by the startup bug. He lives and breathes Miami and all of its quirks. His email is brian@kairos.io