Miami’s growing tech community was chosen as one of 10 “Battle Cities” in  PayPal’s upcoming $100,000 competition called  Battle Hack. The winner of the South Florida hackathon, scheduled for Aug. 24 and 25, will go on to compete in Silicon Valley against the winning teams from each of the 10 cities, which also include Moscow, Austin, London, Barcelona and Washington, D.C.

John Lunn, global director of PayPal developer relations, said the ultimate goal of the Battle Hack “is to find the world’s best hackers.” Miami was chosen for PayPal’s first global hackathon, he said, because PayPal looked for burgeoning tech communities with high concentrations of startups. Lunn also said Miami’s role as a Latin American gateway made the city particularly attractive.

Hackathons, which are events where teams of participants typically try to build an application in a day or weekend, have become fairly common in South Florida, with large ones such as recent AT&T hackathons drawing hundreds to more specialized events for civic projects, art, law and medicine. But the organizers of Miami’s Battle Hack are trying to kick this hackathon up a few notches.

The winning team from  Battle Hack Miami in August will compete in a world championship for a $100,000 prize. There will also be tablets for second-place winners, Speros for third place and many giveaways for every hacker. Organizers hope to draw at least 200 participants from South Florida’s developer community.

Events like these can help to shine a light on the talent within South Florida’s tech community, said Diane Sanchez, CEO of the  Technology Foundation of the Americas, which is bringing the  eMerge Americas conference to South Florida next May. Getting Miami on the map as a Battle City was largely her work after visiting PayPal’s booth at Austin’s SXSW in March. Once she convinced PayPal executives Miami had plenty of high-caliber developers and the city was selected, she assembled a group of more than a dozen leaders from the tri-county development community, including Andrej Kostresevic, founder of New Frontier Nomads who has been involved in organizing many South Florida hackathons, Sanjay Deo, a cyber security expert, Carlos Garcia, CEO of Nobox, Brian Breslin and Peter Martinez, co-directors of Refresh Miami, and representatives from Miami Dade College, Florida International University, Nova Southeastern University, University of Miami and Florida Atlantic University.

“The Foundation is doing the right thing in presenting Miami as a tech hub,” said Deo, founder and president of 24By7Security. “We are producing fine graduates, there is great technology being produced, but there are not a lot of platforms to showcase Miami as a tech hub. We are now taking it to the next level to showcase what we have,” said Deo, who has also been involved in the Group of Groups, CIO Council and ITPalooza.

The local hackathon will begin Saturday morning, include exactly 24 hours for hacking, and end Sunday evening in presentations to the judges and the awarding of prizes. Participants will be using PayPal’s API and will be charged with developing technology “for the social good” that would help their region. “You have to come with an idea to make your city better,” said Lunn.

A panel of judges will evaluate the hacks on implementation, innovation and real world usability, according to PayPal rules.

To register, go to  BattleHack.org/miami.

At this hackathon, participants will not have to start cold. There will be mixers scheduled closer to the event so that teams can begin forming and ideas can be hatched. Watch BattleHack.org/miami for more information.

The winning team of the Miami battle will represent the region and be flown to San Jose, Calif., to compete for the grand prize. At that championship, the teams will have to come up with an original hack project for the competition, Lunn said.

Battle Hack at a glance

• What it is: a 10-city global hackathon competition to find the world's best developers.

• Miami competition: Aug. 24-25; Venue: The LAB Miami; Free; Goal is to come up with an app, using PayPal’s API, for the social good of South Florida.

• World Finals: November in Silicon Valley after all the city competitions are over.

• Prizes: 1st place -- air and hotel for the World Finals in Silicon Valley and a chance at the $100K grand prize. For more on prizes: http://battlehack.org/#prizes 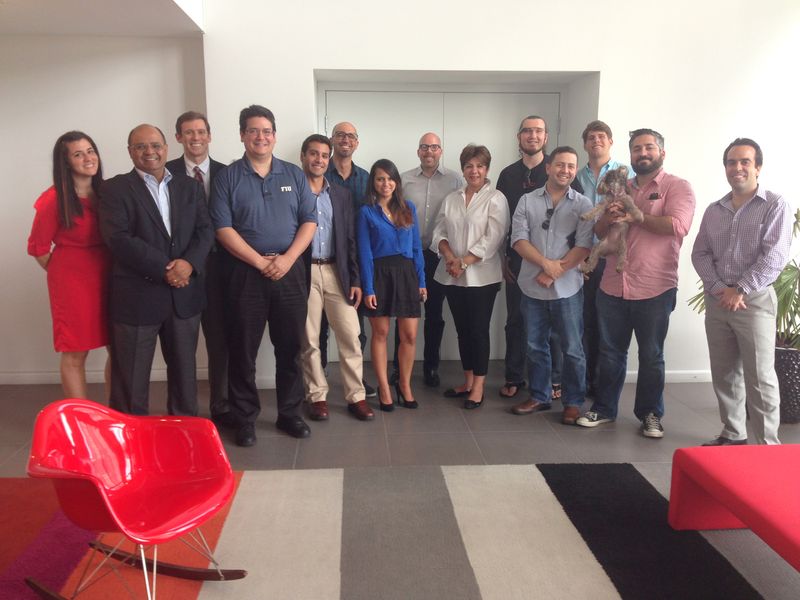 A group of leaders from the South Florida tech and startup community, including colleges and universities, have been helping to organize Battle Hack Miami, happening Aug. 24 and 25.