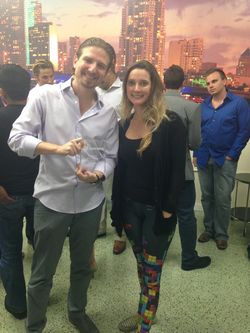 LiveNinja rocked the pitch and took home the honors at Startup World held at Venture Hive last night. LiveNinja will be competing against 20 other cities  in North and South America, Europe, Asia and Africa later this year in a global Startup World competition for the title and a host of prizes.

LiveNinja, which targets its solution to the massive problem of the unemployed and under employed, created a platform to help people create jobs instantly for themselves -- fitness instructors, developers, guitar teachers, yoga instructors, fashion experts, etc.  "It's a real time video chat monetization platform in the marketplace. We allow you to sell the skills you have ... and we help you get clients from around the world in real time," pitched CEO and co-founder Will Weinraub.


LiveNinja -- now a team of six in Wynwood -- launched late last year, has raised $500,000 in seed funding, and recently relaunched on a much more advanced platform. LiveNinja now has more than 1,000 experts on its site, is preparing to release an iPhone app and will soon be able to allow experts to host large group sessions and webinars on the site.

The judges -- Rob Gonda (SapientNitro), Darius Nevin (G3 Capital Partners), Peter Martinez (Refresh Miami), Andrew Heitner (Alcon Partners), Jason Oshiokpekhai (American Airlines) and Jeff Sass (GapingVoid) -- said the competition was keen, particularly between three startups, but in the end LiveNinja was chosen not only for its innovation, business feasibility and scalable platform but because Weinraub had the best pitch that would represent Miami well at the final stage of the contest, which will be held in San Francisco. "We feel so incredibly honored to be selected Best Startup at Startup World: Miami," said Weinraub. "We promise to make our city proud when we compete and represent Miami on the global stage later this year."

Eleven companies in total pitched to a packed audience last night. Each of the semifinalists was a winner too because they were chosen from a pool of more than 100 applications, organizer Hermione Way of Startup World said. The other semifinalists were: WedWu, clearCI, Fly In Style, Raw Shorts, WeRX, Tabber, Do You Remember, Groupflix, Mobicon and Munchkin
Fun.

Way said she launched Startup World because entrepreneurship is a global story and she and her team want to shine a light on emerging startup markets. "This was an amazing crowd and this is proof that Miami is happening," said Way.

The crowd at Startup World at Venture Hive July 2013. Above, Will Weinraub of LiveNinja with Startup World's Hermione Way after receiving his award. 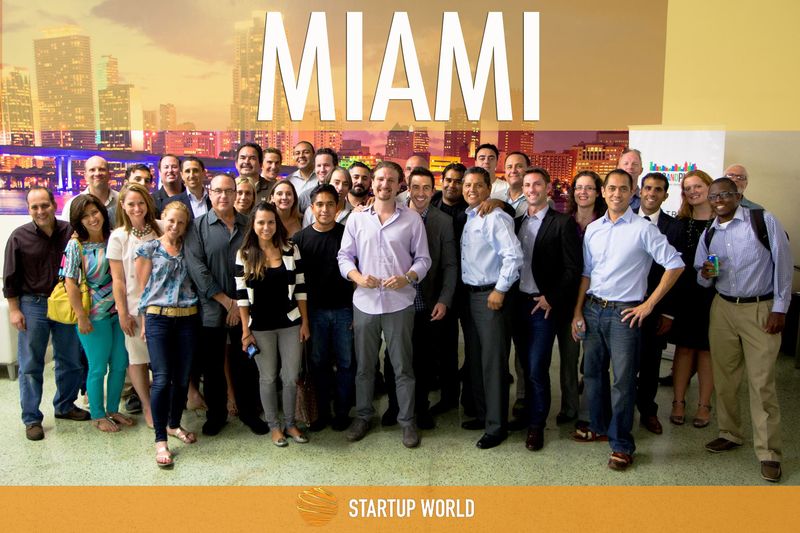 Photo taken to close the event is courtesy of Startup World.