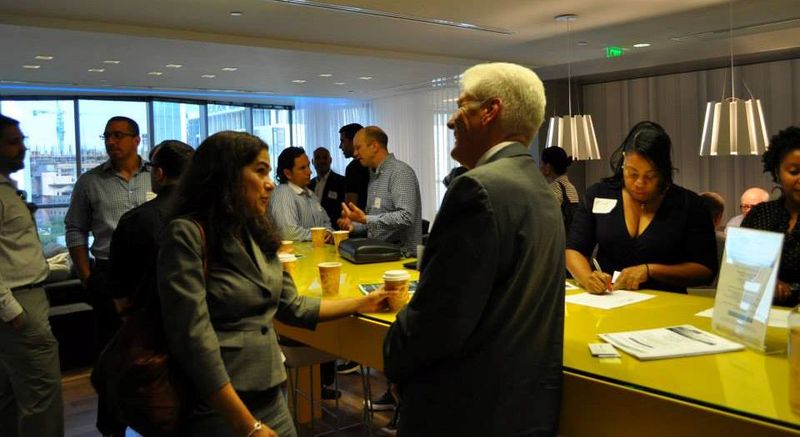 Miami's first Open Coffee Club attracted more than 50 people this morning for a little networking before the day started. Hosted by FIU's Pino Global Entrepreneurship Center and MapYourStartup.co at Pipeline Brickell, the Open Coffee Club will now be a regular fixture on the startup scene, happening every three weeks. 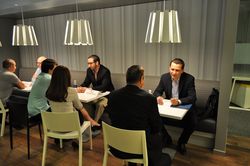 There were mentors there providing one-on-one sessions for those who wanted them -- Marco Scanu, business coach at 345 Group; Ricardo Weisz, angel investor and founder at Northvest; and Xavier Gonzalez, executive director of eMerge Americas --  but for the most part the purpose was networking and follows one of the recommendations in Brad Feld's book, Startup Communities: Building an Entrepreneurial Ecoysystem in Your City. At the event, I spoke to several people who were new to the area and came because they wanted to learn more about the tech scene. I also met several people I didn't know before and set a date to talk more -- for me, that makes it a worthwhile, successful event.

Try as you might, if you just aren't a morning person, there are other regularly occurring networking events forming around lunchtime and happy hour. Read about them in an earlier post here.