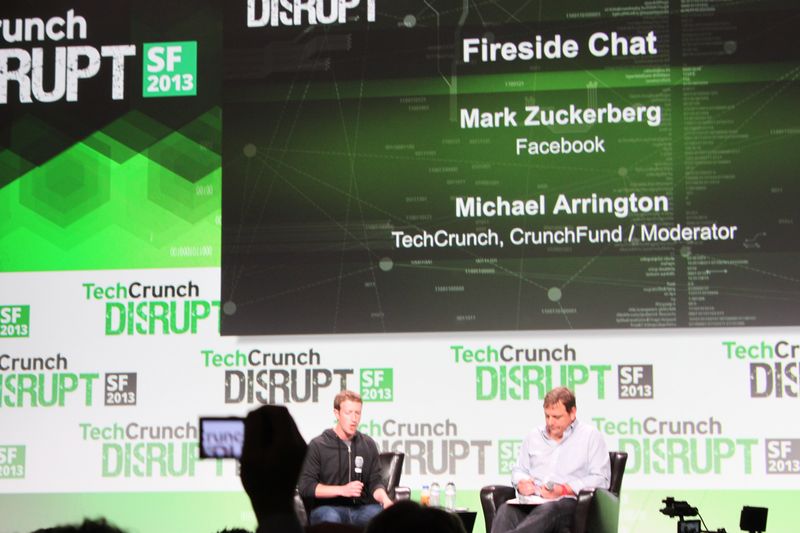 In the tradition of saving the best for last, the final day of TechCrunch Disrupt 2013 brought two tech A-listers: Yahoo’s Marissa Mayer and Facebook’s Mark Zuckerberg. Mayer’s presence in particular excited many, keen to learn about the thinking behind Yahoo’s new logo choice. In recent days, it has been difficult to avoid conversations in the conference that failed to mention the new Yahoo logo. Did we mention that a lot of these conversations were in Portuguese and Spanish?

In the past conferences, we were used to seeing Latin American Startups only in certain pavilions. But this year, there was an invasion, and we were happily surprised. Across the three days of tech madness, we couldn’t help but notice how many times we heard the words technologia and inversiones in all corners of the conference. 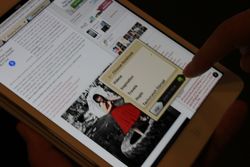 We had the chance to meet Cristobal Piñera from Chile with Hop.in, a mobile browser that makes annotation and web discovery very easy.  Synced with an Evernote account, users can clip anything on a webpage with a simple double-tap on your tablet or mobile phone. It’s an ideal and easy tool for researchers, creatives and online hoarders. “The idea is to empower users to do everything they usually do on their desktop on their mobile or tablet,” explains Piñera. Hopi.in won last month’s Evernote DevCup for best Technical Integration, “Which was a big achievement for us, being all Chileans, because it validates us as a startup here in Silicon Valley,” he added.

It was on the last day that we watched another Latin American startup, Regalii, a Battlefield finalist, take the stage and pitch once more to a group of panelist. Regalii is a startup for people to send remittances to their families back home via their mobile devices. Although they did not take home the Disrupt Cup, they were among the final six startups presenting this year. Regalii, just like EveryPost (which we met on Day 1) were two of the many companies brought to Silicon Valley by NXTP Labs and its partners. We can partly thank Ariel Arrieta and NXTP Labs for spearheading the influx of startup diversity and second coming of the LatAm Invasion of Silicon Valley.  He spoke to us about his efforts in building bridges between Latin America and Silicon Valley. “Most companies that need to raise serious money, need to come to Silicon Valley or New York or London to get the most important VC’s in this industry,” he explained.

Last year NXTP Labs partnered, Brazilian accelerator, Mexican and the City of Buenos Aires, and brought 18 regional startups to the LatAm Invasion of Silicon Valley last September. This year they brought 27 startups from NXTP Lab’s portfolio and their partners.

Last year NXTP Labs partnered with Brazilian accelerator 21212, and brought 18 regional startups to the LatAm Invasion of Silicon Valley last September. In addition to 21212, this year they partnered up with Startup Chile, Mexican Accelerator Naranya Labs and the City of Buenos Aires and brought 27 startups from NXTP Lab’s portfolio and these partners. “We want to tell people in Silicon Valley that we are playing with the same set of rules. This year we wanted to make sure that we align our efforts to be more efficient. So far we’ve had a great reception from people in Silicon Valley,” Arrieta adds. Not surprising, especially when NXTP has been showcasing some of the region’s biggest talent to further their plan to create an infrastructure to help future regional startups come to Silicon Valley and meet the right people.

“In order to build these bridges what we are trying to create is a consortium of different organizations to support a small structure here in Silicon Valley to work as a kind of embassy here; this is the next step. We want the LatAm Invasion to be something bigger than us, and more importantly, something for the Latin American ecosystem,” Arrieta explains.

We were excited to see so many Latin American companies present at TC Disrupt. Hopefully, as the LatAm Invasion continues to build connections, Miami will become a pit-stop for those crossing this “bridge.”

All of these interviews and more from TechCrunch will be airing on the debut of The Lab Report on KlangBox.FM from The LAB Miami.

See more from our TechCrunch Disrupt adventures by following us on Twitter at @pfunkmedia, @pfunkFSU and @cfunk305 and be sure to catch all of the Disrupt highlights at http://techcrunch.com/events/disrupt-sf-2013/coverage.