« A closer look at four organizations nurturing the ecosystem | Main | Voices of the tech community: Where are the challenges? » 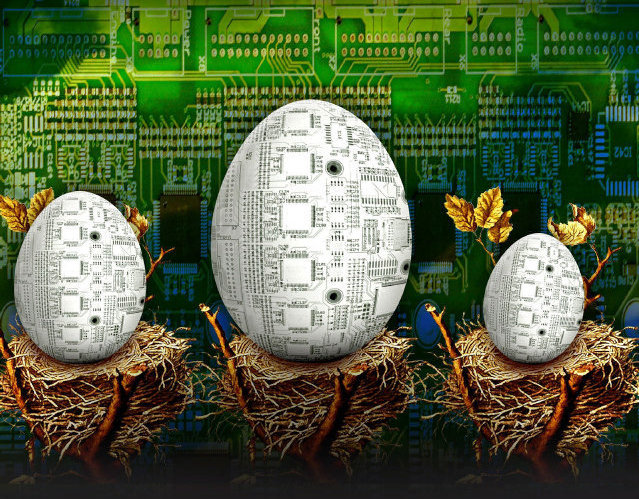 For many entrepreneurs and community leaders involved in the tech hub movement, Endeavor’s launch is one of the strongest signals yet that the dream of a strong and sustainable entrepreneurial ecosystem in South Florida is attainable.

Endeavor is a global nonprofit with a 16-year history of identifying and helping high-impact entrepreneurs from all industries become global success stories, creating plenty of jobs for their communities. Those entrepreneurs also become role models, mentors and investors in the next generation of innovators in their regions, adding layers to the ecosystem. Founded in Latin America and now in 17 countries, Endeavor chose Miami to launch its first U.S. program.

“The timing for Endeavor to be here is perfect: Endeavor is what’s going to take the Miami entrepreneurship community to the next level,” said Adriana Cisneros, CEO of the Cisneros Group of Companies and chair of Endeavor Miami.

Champagne flowed at the launch party at The LAB Miami in Wynwood last week, but Endeavor’s arrival is far from the only marker of success in the past year: Co-working spaces buzz, accelerators attract top talent, and high-profile events draw outsiders here to check out the scene. Efforts to unite the tri-county area in building and branding a hub are gaining steam.

To be sure, there are still challenges.

Finding funding and enough talent in the region still top the list of areas where improvement is needed, according to an informal survey of entrepreneurs and other leaders within the community. Brain drain continues to be a key concern. And although South Florida has always been highly entrepreneurial — the Miami-Fort Lauderdale metro area is the most entrepreneurial in the nation, according to Kauffman Foundation research — its growth is still dominated by micro-businesses that stay tiny. There are perceptions to fight, too, of Miami as a capital of sun and fun, not entrepreneurship and technology.

Yet, many believe that eMerge Americas, technology pioneer Manny Medina’s large tech conference planned for next May, will be a coming-out party of sorts. “It will be a chance to show the world what we’ve got,” said Diane Sanchez, CEO of Medina’s Technology Foundation of the Americas putting on eMerge.

In the past year, the tech hub movement has grown at a frenetic pace.

The John S. and James L. Knight Foundation has committed $3.8 million to entrepreneurship-focused projects so far, including $2 million over five years to launch Endeavor. Knight also funded eMerge Americas, The LAB Miami, Refresh Miami, Ashoka and other organizations; it has several grants very near completion and many more in the pipeline.

The Knight Foundation began making grants in entrepreneurship last fall, starting out by funding events and projects such as hackathons, idea jams, entrepreneur pitching events and conferences, and will continue doing so. The foundation believes it can make a bigger impact making a greater number of grants in smaller amounts — such as a $20,000 grant it made last week to the Awesome Foundation, which itself makes micro-grants to entrepreneurial projects — and Knight will be “pushing forward aggressively in year two,” said Matt Haggman, Miami program director of the Knight Foundation. Coming up those include funding SIME Miami, a high-profile European conference of technology thought leaders from around the world, and the return of the popular Startup City: Miami early next year.

“We want to remove the question as to whether Miami is the place to launch an idea and can provide the network, tools and resources ... Our contention is that all the elements are here,” Haggman added.

New spaces are joining the ecosystem, such as the five-floor nonprofit MEC261 in downtown Miami, which aims to be an all-in-one center for offices, co-working, funding, acceleration/incubation, education and events, said its founder Maurice Lopes. The fifth floor with offices and conference rooms is already open and 90 percent occupied with about 15 companies, and the fourth floor will open in three to four months with a multi-use event space for up to 400 people, more offices, training rooms and a design laboratory, with other floors to follow, Lopes said.

MEC261 joins about a dozen other spaces around South Florida that cater to entrepreneurs. The Enterprise Development Corporation’s Technology Business Incubator in Boca Raton has expanded twice in the past year, growing to about 18,000-square-feet. It includes the co-working center Caffeine Spaces that has become a hub of startup activity in that area. The EDC, which is also a partner in MEC261, is opening an incubator in Coral Springs on Tuesday, and is partnering with Broward College on another one, said Rob Strandberg, who heads the nonprofit.

Venture Hive, the first tech-entrepreneurship program to receive significant local government support, opened an incubator and is taking applications from around the world for its second accelerator class. Co-working centers Pipeline Brickell and The LAB Miami, both of which opened about a year ago, are curating their memberships with a mix of startups and more established companies, independent contractors and service providers and are nearing capacity in their memberships. Healthcare-focused ProjectLift at the Miami Innovation Center graduated its first accelerator class and other specialized incubators and co-working spaces have opened or are in the works around South Florida for clean tech, nonprofits, food, fashion and filmmaking. This summer, a network of “maker spaces” began taking root across the tri-county area for programmers, inventors and other creatives of all ages to gather and build stuff. 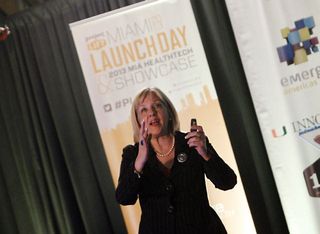 These organizations as well as universities and other groups have been packing the calendars with events. A snapshot: Earlier this month, the HealthTech Showcase drew about 300 community movers and shakers, entrepreneurs and students to the University of Miami Life Science & Technology Park for startup demos and panel discussions (Pictured here, Susan Perry presents her startup, SpeechMed, at the HealthTech Showcase). Earlier the same day, nearly 200 people — college-educated but underemployed professionals, plus mentors and community members — packed the Signature Grand in Davie for the kickoff of a 10-week tech-entrepreneurship educational program called Startup Quest. Last week, about 250 filled a Citrix auditorium in Fort Lauderdale for a South Florida Technology Alliance discussion on big data.

Also this month, there was a locally organized tech job fest at Miami Dade College drawing 450 jobhunters, a four-day workshop at Venture Hive for Caribbean entrepreneurs, a presentation hosted by Startup Delray on the “maker movement,” and the return of the NewME PopUp Accelerator, a three-day event by a San Francisco organization that wrapped up Sunday at The LAB. Over the next six months, the conference calendar really heats up: SIME MIA, WebCongress, TekFight , Startup City, Rokk Miami and others (see box) all lead up to eMerge May 4-6.

Despite the progress, building an ecosystem takes years. South Florida still needs a few big success stories to put it on the map and the rest will follow, many in the community say.

“We already have strong fundamentals. The region has produced great, talented individuals. We have an awesome geographic location relative to global travel needs, and we’re a city of multiple cultures,” said Juan Diego Calle, co-founder and CEO of .CO Internet, a fast-growing Miami company that markets the .co domain. “With a few big hits leading the way, the talent we produce in the region will decide that it’s OK to stay and build a company in South Florida. And hopefully the talent that already left will return.”

Here is just a sampling of the larger events planned in South Florida:

Startup City: Miami, planned for February, date not yet confirmed

Rokk Miami: planned for next spring, date not yet confirmed