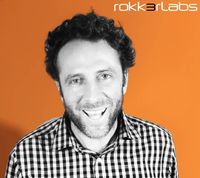 Over time and overblown, South Florida has been depicted as a talent desert. Tell anyone around the country about Miami’s blossoming startup community and you will meet the typical response: “But isn’t there a lack of talent in Miami?”

Anyone who has managed a company or started one has recognized the talent gap in Florida. A 2012 study by the Florida Chamber Foundation found that nearly one out of four companies surveyed said they were “not satisfied” with the ability to recruit a skilled workforce in the state. Perception or reality, the feelings on talent are already affecting the sentiment toward the emerging startup community in South Florida.

About 17 months ago, we launched Rokk3r Labs with the belief that with great people, we could develop great products and disruptive companies. And we have! Since our inception, we have built and established a team of business and technology experts, entrepreneurs and advisors that have enabled us to create 27 companies. As to recruiting talent, from day one, Rokk3r developed a “People Plan” that includes recruiting, establishing an attractive culture, developing unique partnerships and most importantly finding creative ways to recruit.

Rokk3r Labs’s recruiting plan was based on the idea that we had a great story to tell and a strong lifestyle to sell. One of our first orders of business was to develop relationships with the top tier universities that were typically off-limits to Florida in the past. We built bonds with Harvard, MIT, and the University of Waterloo in Canada and talked to students about what Miami had to offer from both work and lifestyle perspectives. We dealt with common logistical burdens such as housing by putting up staffers in condos on the beach.

We’ve placed a big emphasis on creating a fun yet execution-based culture at Rokk3r, where many meals are shared and each week our team has Yoga sessions and soccer games. It is nearly impossible for companies in South Florida to compete against the historically developed prestige of Silicon Valley or the unique excitement of NYC.  But Miami is boldly preaching the idea that lifestyle counts. We must all recognize that if we are selling Miami’s beach life, then we need to allow our teams the time to use it. Holding your staff up inside or expecting employees to be fueled on Red Bull for non-stop production is only successful in the movies.

This is a perfect example of a strong partnership. Not only will Venture Hive be extracting incredible ideas from the brains of students, it is also preparing and training these students at a very young age. Rokk3r Labs is looking to develop partnerships up and down Florida with universities and other organizations that will help establish a stronger tech corridor and will begin enlisting education and training programs for developers and entrepreneurs. This is one of the best opportunities we have to begin growing our own crop of talented techies. We are  also starting to initiate opportunities with the Beacon Council, which has launched a new One Goal One Community ICT Task Force aimed at helping entrepreneurs answer many questions including talent recruitment and retention.

The last piece of the puzzle is creativity. Attending job fairs and posting job opportunities won’t satisfy our needs to recruit and train top developers, designers, product managers and entrepreneurs. Offering competitive salaries and a beach life won’t satisfy all needs either. We need to find opportunities to show new and current talent that a brand new startup revolution is happening in their backyard right here in Miami. And, this is their chance to be a part of something special.

German Montoya, an economist, is a co-founder and managing partner for Rokk3r Labs, a technology portfolio company based in Miami Beach.