Reforming Education hackathon: And the winners are... 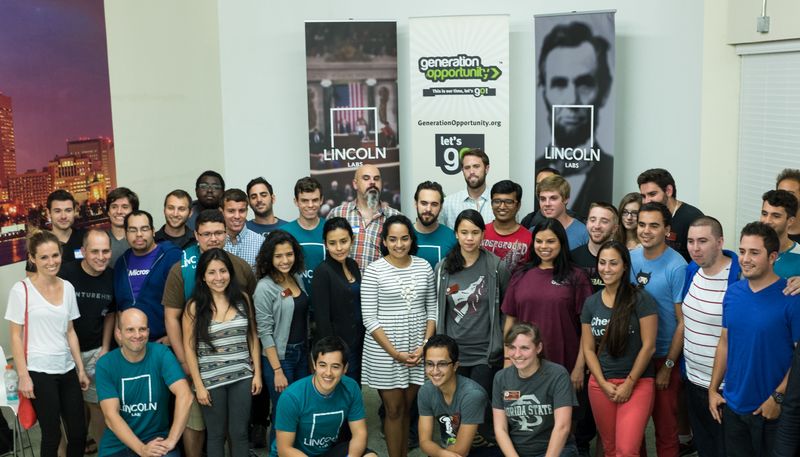 The ideas for improving education were flying at Venture Hive, as about 65 entrepreneurs, developers, educators and students  came together to compete in Liberty Hackathon: Reforming Education this weekend.

“I thought it was a huge success. The ideas were strong, and the community really embraced the event. Our goal is to invest in robust ecosystems, and Miami’s certainly is,”  said Garrett Johnson, co-founder of SendHub and one of the partners in Lincoln Labs, the San Francisco organization that organized  the hackathon hosted at Venture Hive, a tech-entrepreneurship accelerator, incubator and high school magnet program in downtown Miami. Lincoln Labs is hosting other hackathons around the country on topics such as rebuilding cities and open government.

After teams were formed Friday night, the hackers got to work but they were not alone. In addition to the Lincoln Labs team, which included Aaron Ginn of StumbleUpon, Venture Hive and the greater South Florida community contributed about 10 mentors, including  faculty members, service providers, designers and developers, said Johnson. But after 24 hours of hardcore hacking, it came down to this: 10 teams taking their three-minute pitches to the judges, with $5,000 in prizes up for grabs.

Among the projects presented: A platform for teaching fifth graders entrepreneurship through real projects, a virtual reality game-style learning tool, and apps for smartly curating videos for students and teachers, bringing music education to the smartphone, and reimagining lesson plans, to name a few.

After each presentation, judges were given two minutes to ask questions about the technologies and business models and offered feedback about establishing partnerships and seeking revenue sources other than budget-strapped schools, for instance. The judges (pictured below, from left to right) -- TJ Ferrara of BlueLeaf  in San Francisco, Peter Kellner of Richmond Global and Endeavor, Madeline Pumariega of Take Stock in Children, Miguel Alonso Jr. of  Miami Dade College’s School of Engineering, Xavier Gonzalez of the Technology Foundation of the Americas and Ronald Herbas of GEStrak.com -- also stayed after the event to continue the conversations.

Saturday night after the presentations, all the winners and many of the other teams said they wanted to continue working on their concepts. And the winners were:

Second Place ($1,500): Bridge, by Isaac Malca, Chase Olivieri, Michael Andrew González and Jessica Peralta, two of whom are teachers with Teach for America. Bridge (getbridge.co) is  a multilingual text-messaging platform to close the communication gap between teachers and parents, keeping it simple, affordable and accessible.

Third Place ($500): Edukation, by Dainel Vera, Joshua Martinez and Alain Fontaine.  A tool that allow teachers to curate educational videos and students to find them easily.

(Note: This post was updated because one of the winners announced at the hackathon, Direct Dialect, was later disqualified.)

The Reforming Education Hackathon continues a sucessful string of specialized hackathons in South Florida. In the past year or so, there have been hackathons for healthcare, law, art, open government, particular technologies and civic projects, for instance.

The photos above were taken by Herby Garcia of the Technology Foundation of the Americas.