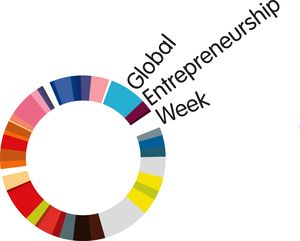 Facebook’s director of engineering offered a peek inside the developer dens of the social media giant and Netflix. A pair of venture capitalists offered a rare glimpse into what they look for in assessing deals. A best-selling author presented his case as to why entrepreneurship education needs big changes.

Global Entrepreneurship Week, a celebration of entrepreneurship, was in full swing in South Florida this week, with events for entrepreneurs in all stages of their ventures. The University of Miami hosted events every day, including an elevator pitch contest (see winners below). Miami Dade College’s North Campus held a daylong summit, while success stories of female entrepreneurs were shared during an Florida International University-hosted panel. There were also discussions on family business, crowdfunding and tech education, and FAU offered a host of events too. UM's Launch Pad, an entrepreneurship career center, closed out its week of activities with  a workshop on media content creation and digital media innovation. 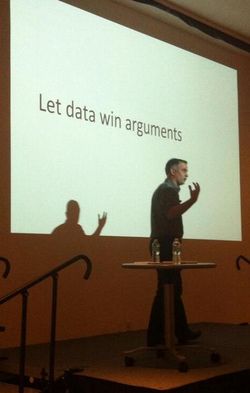 A talk by John Ciancutti on Thursday night was the big draw of the week, attracting about 450 people to the event sponsored by The Launch Pad and Refresh Miami, South Florida’s biggest tech meetup group. Ciancutti spent a decade at Netflix before serving as director of engineering of Facebook. He now will be joining Coursera, an social entrepreneurial education startup in Silicon Valley.

At Facebook, Ciancutti said, everyone hired no matter what level goes through a six-week bootcamp, sort of an MBA on Facebook. Facebook also has a company hackathon every six to eight weeks where everyone drops what they are doing and participates in ad hoc teams that build new products and test them out. “You can be anyone at Facebook and try your idea.”

On any given day on the Facebook campus, posters are everywhere, made by employees, not HR. Ciancutti’s favorite: Fail harder. “Learn to love failure. You are going to have a lot of failure. It will democratize the way decisions are made at the company,” he told the audience. His advice: Get your hands dirty and learn some code, know how to work with data, get acquainted with design. And for the engineers: “engineering is a hard slog, you have to always focus on delighting your customers.”

At another event hosted by the Launch Pad on Thursday, Adrianna Ma, managing director of General Atlantic, Lisa Skeete-Tatum, formerly a general partner with Cardinal Partners, and Melissa Krinzman, managing director of Venture Architects, discussed trends in venture capital investing, what makes a company VC-ready and what do’s and don’ts they see in investor pitches.

Skeete-Tatum, who was a partner for a decade at the early-stage healthcare fund, is now angel investing in healthcare, education and consumer tech companies, advising two venture funds and is involved in two startups. When she looks for investments, “I look for great management, every time I don’t I lose a lot of money and a lot of sleep. I also look for a clear business model, a minimum viable product and very efficient capital use — that’s appealing to early-stage investors.”

Ma added that first-time entrepreneurs are very visionary, and that’s a good thing, but find someone for the team who has been there, done that.

“I believe the best entrepreneurs out there are the ones who understand how to break doors down, who do not take no for an answer, failure is not an option and you go all in to figure it out. … It comes down to building relationships. Get yourself encircled with great angels, let them get to know you as a human being,” said Ma.

The conversation turned to women founders — or the lack thereof. Ma said that Tory Burch was the fund’s first investment in a female-led company in 33 years. Skeete-Tatum said she has done just three deals with female-led teams. They believe the situation is improving with Sheryl Sandberg’s Lean In and new programs for women but women are still woefully underrepresented.

Krinzman said of the 800 companies that Venture Architects has worked with, about a third were female-run and a very small percentage of those were funded, explaining that they were smaller businesses that aren’t venture backable, like a cupcake company or a consumer product company of some sort. “I think it’s not leaning in but about looking up in a way, toward businesses that are scalable.”

Over at Miami Dade College, Gary Schoeniger, had a different view to share. The co-author of international best-seller Who Owns the Ice House? and co-creator of a Kauffman Foundation-backed curriculum program based on the book spoke at the National Association of Community College Entrepreneurship Summit Series Conference. Hosted by the Carrie P. Meek Entrepreneurial Education Center on Miami Dade College’s North Campus on Monday, his talk was part of a daylong event titled “Growing the Entrepreneurial Ecosystem.”

Schoeniger said only 2 percent of entrepreneurs ever get angel funding. And venture capital? Just a fraction of 1 percent. So why is it that when universities teach entrepreneurship, it’s usually mainly about the business plan and pitch?

He said research on the Inc. 500 proves his point. In this group, venture-backed companies are the exception rather than the rule. In fact, the median startup capital of this group is $10,000 — credit cards, second mortgages, friends, family and fools. “Holding up Facebook and Snapchat as a model for entrepreneurship is like holding up a lotto winner as an example of successful financial planning,” he said.

Schoeniger believes universities should spend a lot more time helping students with the ideation phase of the business. “Entrepreneurship is an opportunity discovery process...you cannot instruct discovery, you can only facilitate it,” he said, with relevant curriculum and by leveraging technology. “Entrepreneurship is a mindset any student can develop, and in the 21st century it’s one every student needs.”

AND THE WINNERS ARE...

The University of Miami’s Launch Pad hosted the final round of its elevator pitch competition on Wednesday. The winners were:

Allocation of specific prizes, which include legal services by Gunster and by Salmon Legal, were still being determined by the judges at press time and has not yet been announced.