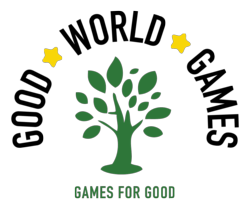 “Our goal is to bring marine conservation to the masses,” said Dr. Neil Hammerschlag, RJD director. “People are going to play Musingo because it’s fun. The conservation messaging is subtle.”

Immediately following its launch, Musingo surged to the Top of the App Store Music Game Charts, ranking Top 4 in the U.S. and Top 3 in Canada, Good World Games said.

“Good World Games is all about gaming for good. We are excited about this opportunity to help protect our oceans,” said Gregory Sukornyk, CEO and founder of Good World Games, which allows people to make an impact in the real world when they play games in the virtual world through Good World Games’ select partnerships with charities and fundraising platforms.