Hackathon for immigration reform a way to ‘be the change’

Fwd.us hosted the first hackathon of its kind Nov. 20th and 21st at LinkedIn Headquarters in Mountain View, California. Fwd.us mission is to educate the general public on how immigration reform will help move America forward. There are 11 million undocumented people who contribute on a daily basis to the economy and growth of our nation. The US needs a comprehensive immigration reform and it is now the time in which we need to pass this. I was invited to participate with the hackathon as a team mentor and was more than excited to be part of this project.

It was more than awesome! It was phenomenal. Not every day you are able to work along with the leading tech product designers, tech innovators and Dreamers of our times. The leading innovators that participated in this event were the president of fwd.us, Joe Green, who also founded Causes.com, Mark Zuckerberg, founder of Facebook, Drew Houston, founder of Dropbox, Reid Hoffman, founder of LinkedIn, Andrew Mason, founder of Groupon, among other top tech leaders.

The hackathon consisted of eight groups. Each group worked on creating a product that could potentially be integrated into the fwd.us site. The hackathon lasted 24 hours and was followed by a presentation ceremony in which other members of the Silicon Valley community were invited to attend. During the hackathon, each team worked together on building some very cool tech products advocating for immigration reform. Not only did I learn from mentoring the #DREAMers, but I also learned a lot from working along with all the other #Mentors. The team I mentored, which was led by Palo Alto student and Dreamer, Sarahi Espinoza, built UnheardVoices.us, a video site designed to capture and share the absurdity of Congress not passing immigration reform. Other students in my team were Gerardo Alvarado, Erick Orellana and Isabel Bahena as well as mentors Todd O'Hara, Daniel Clemens, and Alex Poon. It was nice to work extra long hours into the night and hack away in the creation of a site as well as to help plot down a viral strategy for the videos that we produced. Something I also enjoyed a lot was helping my team prepare for the presentation of the final product to the judging team, which included Mark Zuckerberg, Joe Green, activist Jose Antonio Vargas, among others.

Now, more than ever there are exciting opportunities for us to work and to contribute to the growth of our state and our nation’s economy as well as to be part of the tech community. I am glad to see that there is tons of support for all the local startups here in South Florida. Let’s be the change!

Jack Hernandez has worked for leading media and internet companies, including Yahoo. He’s been an intern, project manager, programmer, publisher relations manager, web producer, and most recently, founder of Topmedia, a digital media  agency. He also founded SocialMediaAge.com, a social media blog which now has a readership presence in more than 50 countries, and is currently developing a video learning site, Acade.me. Follow him on Twitter @jackhernandeztv or @topmedia 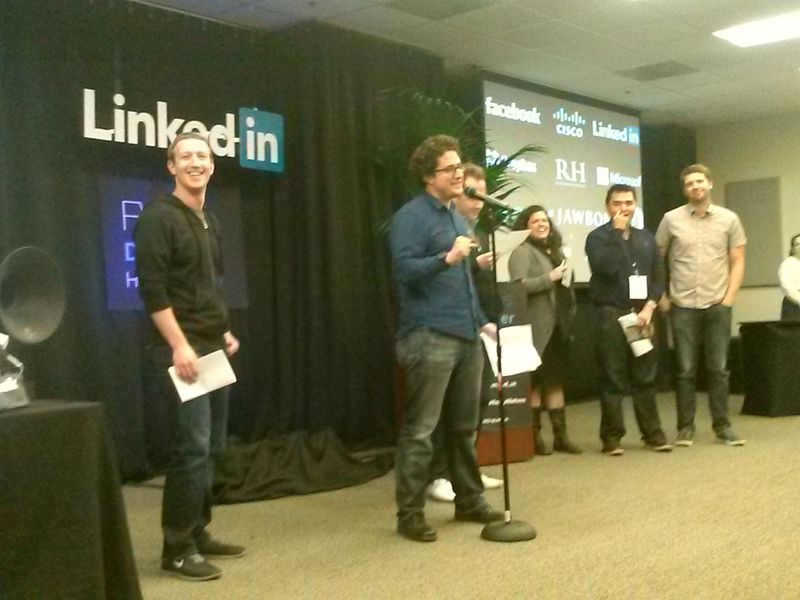