« View: A new Miami | Main | Message loud and clear: We are one big tech community »

An open letter to the mayor of Miami Beach: You’re wrong and here’s why

From Will Weinraub, CEO of LiveNinja 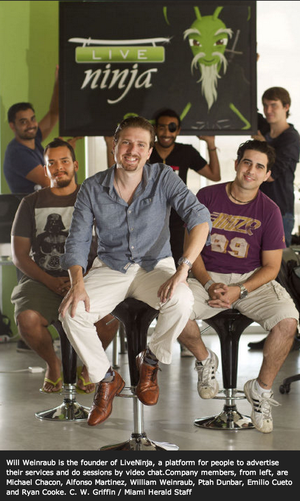 This week you shed a spotlight on the Miami Beach startup community and spoke on its behalf to a nationwide audience.

Unfortunately, the comments you made are inaccurate and completely contradict the immense efforts and progress many of your city’s residents have made to make South Florida, a place where early stage technology companies could be built.

The first issue, I and many of my peers have with your comments, is that you carved out and isolated Miami Beach as its own community in the tech scene.

That’s not how it works when it comes to establishing a “hub” or a collective community where entrepreneurial activity can flourish.

If you look at all the work that’s been put in these past couple of years to make South Florida a place where technology companies today are built - it’s not about an individual city, or a territory in particular, but about the collective efforts of like-minded people, and the most successful technology regions in the country think similarly.

San Francisco, San Jose, Palo Alto, Mountain View, and Menlo Park represent a unified community called Silicon Valley. That’s the model. Cities band together and when the people who are active in pushing forward our community talk about Miami as a startup scene, we do not think in territories or in individual cities. In the future, when speaking about the technology community here, I respectfully request that you do the same and represent us accurately.

In the minds of the community, our scene stretches from Miami Beach to Miami, Wynwood to Brickell/Downtown, Coral Gables to Coconut Grove...and the list goes on.

Effectively, your words just deterred all of those prospective Washington Post readers (a nationwide audience) outside of Miami (who are not able differentiate between Miami and Miami Beach) from considering South Florida as a viable and attractive place to start a tech company.

The problem is only locals understand that difference of municipality, while many folks who live outside of Florida do not. To many across the world, Miami/Miami Beach is thought of as the same city.

Heck, the national media still thinks that LeBron James and the Miami Heat play in SouthBeach!

The fact of the matter is, your comments go directly against what many passionate people in both Miami and Miami Beach have worked tirelessly to achieve, such as non-profit Refresh Miami and The Knight Foundation. We have been acting this entire time as one community and we will continue to do so.

As a city in its own right, Miami Beach is booming with tech activity. We see it on a daily basis. As just one example, Rokk3r Labs is a technology portfolio company that partners with startups on a cash/equity basis to bring their products to market and is located smack dab in the middle of Miami Beach on Lincoln Road.

I’ve personally seen many folks come to Miami Beach from all over the world and walk down Lincoln Road not to buy clothes or to eat at the restaurants, but to get to the 8th floor of 1680 Michigan Ave. and pitch their startup idea to people who are actually helping them build it here - in Miami Beach.

You need to make it a point to meet with folks like Rokk3r before making statements such as the ones you made. They’d be more than happy to have a conversation with you and you don’t have to take my word for it - you can hear it straight from them: 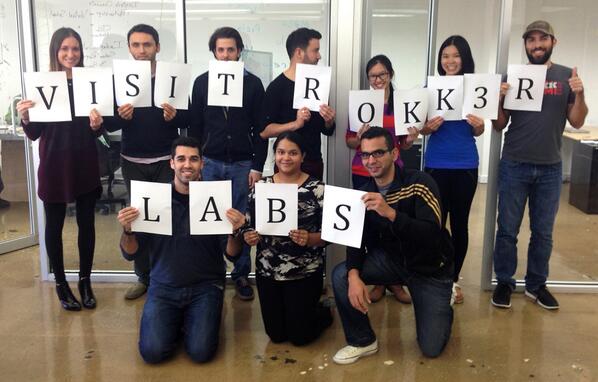 In addition to all of this (and this really surprised me), you didn’t attend SIMEMIA - a conference held last months right in the middle of Miami Beach and was one of the best tech/startup events we’ve ever seen here in South Florida.

Since you weren’t able to attend, let me tell you what you missed:

SIMEMIA was an incredible showcase of everything Miami Tech has going for it (yes, that includes Miami Beach). If you’re not going to attend what is arguably the premier tech conference in your own city, then you shouldn't take an authoritative stance on the tech scene as a whole.

Before you pass judgment on our scene again, I invite and encourage you to come out to Refresh events, to swing by The LAB Miami, to visit Rokk3r Labs, and to attend outstanding tech events when they come to your city.

On top of all that, please visit local companies more often. Here’s a great service by a Miami Beach based startup called MapYourStartup that will help you get around town: http://mapyourstartup.co/

You called the idea of Miami Beach being a technology hub, “the dumbest idea in the world” and then went on to add,  "People cling on to things that are not the highest and best use for their city. Miami Beach is never going to be a high tech hub. As much as it sounds great, it's sexy, that's not who we are."

With that being said, the ball is in your court. I respectively ask that before speaking about our scene that you come out to see just who and what we are.

Will Weinraub (born and raised in beautiful Miami Beach)

Will Weinraub is co-founder and CEO of LiveNinja, a video chat marketplace that connects you with experts in a variety of subjects and topics, allowing experts to monetize their knowledge or skills.