Bitcoin 101: Not Just for Nerds

To learn more about Bitcoin, live stream this sold out Refresh Miami event “Tech+The Future of Money,” Thursday, January 30, 2014 at 7:30pm taking place at the Center for Visual Communication in Wynwood. 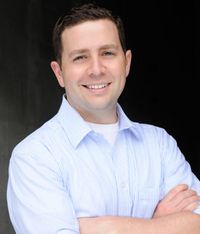 Bitcoins and cryptocurrencies are a super hot topic lately and many of you are wondering what the big deal is or how they work. We have a traditional understanding of how currency works, or at least how we suspect traditional currencies (FIAT) work; we think the government backs the currency, and thus gives it value.  At some point in history each dollar printed even had an equivalent amount of gold being stored in a vault somewhere to “back” it.

So what is Fiat money?

Fiat money is any currency or money declared by a government to be legal tender. So the US Dollar is a Fiat currency because the US government has declared it to be a legally binding value backed money. If you present valid US currency in order to pay a debt, by being legal tender, you are agreeing that the value presented on the currency is what the government says it is worth ($100 = $100 in value effectively.)  Fiat money isn’t always as stable as the US dollar though, as you can find examples where hyper-inflation occurred because the governments were no longer able to guarantee the value to any certainty (see Zimbabwe dollar for a recent example). In the past, the US dollar was backed by gold; that is no longer the case since at least the 1960s.

So what is a crypto currency?

Cryptocurrency or Crypto for short, is a “digital medium of exchange” according to Wikipedia (of which Bitcoin is the most popular). Cryptocurrency vary in their use and their origins, as anyone can effectively create a Bitcoin-like currency (even a direct clone, as Bitcoin is open source). Cryptocurrencies are designed to create decentralized, peer to peer systems for payments that do not require a central trusted authority to process them. By creating a decentralized payment system the cryptocurrencies are able to avoid the costs associated with banks, as well as the regulations imposed by governments. Furthermore, by spreading the processing power of the currency network across the internet, it makes it more difficult for any individual to defraud the network or create fake transactions/coins.

Bitcoin has effectively created a universal accounting ledger that everyone who is participating in the network is agreeing to its validity. Every Bitcoin transaction that occurs, whether it is a transfer of value from one person (wallet) to another, or the creation/mining of new coins, is verified by the entire network for validity. Think of Bitcoin as a store of value more than anything else.

Who creates Bitcoins or what is this mining concept? 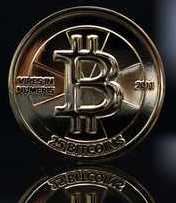 Every hash in the Bitcoin network is effectively a proof of work. By decrypting/mining the hashes/proofs of work with network connected computers, the miners are validating and certifying the network. Coins are randomly (luck based) distributed to the miners in blocks as a reward for participating in mining and ensuring the network’s longevity/power. The more power a miner has, the higher his luck factor in receiving coins. As the Bitcoin network ages, it becomes increasingly more difficult to mine or solve the hashes; this was designed in order to slow the growth of the availability of coins and stem inflation in the value of the system.

So how do I get a Bitcoin?

There are a few ways to acquire Bitcoins at the moment, the oldest method is to mine them yourself (this is rarely financially prudent anymore for the average person), or you can buy them on an online brokerage such as Coinbase, or trade for them through an exchange such as BTC-e, or purchase them in person from someone via LocalBitcoins.com.

Where can I spend my Bitcoins?

Right now there are hundreds of places where one can use Bitcoins to buy physical goods and services. CoinMap.com offers an extensive list of places that accept Bitcoins for purchases. More and more merchants are offering it online as well. As of January 2014 bitpay.com had over 20,000 merchants signed up to accept Bitcoin both online and offline. For merchants there is a huge advantage in offering Bitcoin for purchasing, as you can reduce your fraud rates and chargebacks, as well as receive lower fees.  A number of merchants are offering discounts to customers who pay with Bitcoin vs other means, as this helps their bottom line.  From a consumer standpoint there is an enhanced security aspect as well, the recent Target credit card breach being a perfect example; had Target accepted Bitcoins instead of Credit cards, the hackers would have been left with a useless ledger of transaction records but no ability to charge anything to the end consumers . Consumers stand to benefit from better security backed into the currency than a traditional credit card system, as well as potentially lower costs of goods sold.

In the years since Bitcoin was released, hackers have attempted to steal from the Bitcoin network. While the network remains stable countless online Bitcoin platforms have been hacked, which raises concern about the security of this digital currency.

* Do not keep your Bitcoins in online stock exchanges that have a questionable reputation.

* Use multifactor authentication when available, such as Google Authenticator App, used by LocalBitcoins, and Authy, used by Coinbase (http://authy.com)

So should you invest in Bitcoins? You need to do your research first. Refresh Miami board member, Davide Di Cillo has written an eBook on the subject entitled, Want to learn more about Bitcoin?There are a ton of great articles outlining the pros and cons, as well as some very neutral and informative content about the subject. The technology underlying Bitcoins is proving to be extremely disruptive in a number of ways, and that makes it an interesting topic worth following at the very least.

Brian Breslin is the founder of RefreshMiami, Miami’s largest tech and entrepreneurship group.