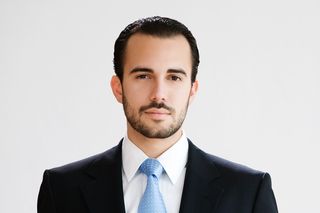 Clearpath, a venture-backed technology startup that provides simplified online immigration solutions, announced Thursday that Felice Gorordo will become the company’s president and chief executive officer.  Gorordo will be based out of Clearpath’s main office in Miami, which will also become the new headquarters and will expand.

Gorordo, 31, most recently served as Clearpath’s vice president over business development, where he was responsible for spearheading the company’s strategic growth activities. “I joined Clearpath after leaving the White House because I wanted to be a part of something transformative,” said Gorordo, the son of Cuban immigrants. “At Clearpath, we seek to democratize the immigration process by making it easier, more affordable and secure for individual immigrants to file their own immigration applications. This is an issue I'm incredibly passionate about, and I'm excited to take on this new leadership role with a company I believe can be truly revolutionary.”

Right now, the company is made up of 15 full time employees plus contractors, mainly working in its New York and Washington DC offices. The board’s decision to move the headquarters to Miami and grow the team here is a reflection of the tech hub activity and infrastructure growth happening in Miami as well as the immigrant-rich culture, said Gorordo.

As the company enters its commercialization phase, Gorordo said his focus will be on customer acquisition, its go-to-market strategy and sales and marketing. Clearpath has been building partnerships with large Hispanic national nonprofits, community based organizations, religious groups and media companies.

Founded in 2010 by Chairman Michael J. Petrucelli, former head of the U.S. Citizenship and Immigration Services, Clearpath is in the midst of raising a $3 million venture capital round, which includes South Florida-based investors Peter Corsell, chairman and founder of cleantech company GridPoint, and Manny Kadre, who has been a senior executive and advisor in the beverage and automotive industries, and also institutional investor FF Ventures in New York. The company has previously raised $4 million, Gorordo said.

“We decided Miami was the best city in the country for a company like Clearpath and we were very fortunate to bring on Felice last year. He’s the real deal," said Corell, the first individual investor in Clearpath.  “And it’s great news for Miami as well. We are about to do a significant capital raise and I think Clearpath will be a tremendous addition to the startup and early stage scene,” said Corsell.

Before joining Clearpath, Gorordo was appointed by President Barack Obama as one of 15 White House Fellows for 2011-2012, where he worked on Latino, immigration and business outreach in the Office of Public Engagement and Intergovernmental Affairs at the White House. He also led government sales and business development for Liberty Power Corp. in Fort Lauderdale and co-founded  Roots of Hope, a Miami Beach based nonprofit focused on youth empowerment in Cuba, among other positions.