« Entrepreneurship Datebook | Main | Does your business need a Wiki page? Here's how » 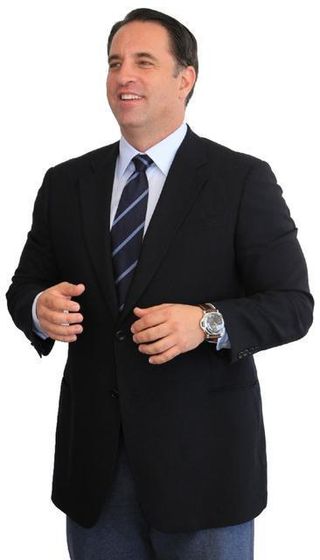 CareCloud’s offices are nearly doubling in size at Blue Lagoon, expanding to 25,000 square feet, to support the fast-growing healthcare technology company that will soon surpass 300 employees. The new sign atop the 12-floor office building, visible to planes arriving and departing Miami International Airport, went up last month, a prominent symbol for this homegrown company.

“The last year has been a big year for us. We grew another 100 percent. We sold in excess of 500 new medical practices, ranging from very small to pretty large. We’re thinking we’ll double again this year,” said Albert Santalo, the CEO and founder of CareCloud, which provides cloud-based practice management, electronic health record and medical billing software and services for doctors. “We raised another $30 million in capital this year... Lots of key hires throughout the company (including a head of engineering from ConstantContact) — our headcount grew by about 80 people. We’ve ramped up the sales team 35 to 40 percent in the latter part of the year. Across the whole company, we’ve been ramping.”

Last summer CareCloud announced it closed its Series B round of more than $29 million, bringing the total VC investment in the company to $55 million. The company has also rolled out new products, including Companion, the first mobile product for doctors built for the iPad Mini and iOS7, and an updated version of Charts, its EHR product that sailed through certification, Santalo said. It partnered with ZocDoc, a doctor appointment booking startup, and cloud-storage specialist Box, representing the next phase for CareCloud as it opens up the platform beyond electronic health records.

The company last year also opened an office in Boston, the leading hub of healthcare IT, so “we can tap into that brain trust,” Santalo said. Boston’s office houses mainly engineering, product management and product marketing for CareCloud. Miami still houses two-thirds of engineering as well as operations, sales leadership, client services, finance and HR. As of the end of 2013, CareCloud had 262 employees, with 196 of them in Miami, 29 in Boston, and the rest in Salt Lake City and sprinkled around the country. And it’s hiring.

Last week, the company announced a new partnership with the University of Miami School of Business Administration. Through the CareCloud Scholars program, 100 graduate students will get free admission to the University of Miami’s prestigious healthcare conference titled “The Business of Health Care: Bending the Cost Curve” on Friday, and some of them will continue as CareCloud interns. To compete for the fellowships, the entrants wrote essays about the state of healthcare and Miami’s future in the industry.

CareCloud also has a partnership with FIU’s master’s of science program in Health Informatics and Management Systems. “I’ve been shocked by how many people go to engineering school here and then leave. It’s crazy, we have really really intelligent people here and we lose that brain power every year — they move to Silicon Valley or the Northeast,” said Santalo. “A lot of those kids would rather stay and work at a company like CareCloud. That’s why we are trying to put our tentacles in the universities to make them aware of what we are doing. Kids don’t need to leave Miami.”

The Miami Herald talked to Santalo in his Blue Lagoon headquarters on the first working day of the new year to get an update on CareCloud, the company’s educational initiatives and his views on Miami’s place in the technology universe. Read on.

Q. You have a number of competitors. How are you taking market share?

A.Just delivering a better product is the main thing ... People would be astounded at how complex healthcare is. The complexity of a doctor getting paid and a doctor documenting what’s wrong with your body and what needs to be prescribed is incredibly complex. You don’t get there overnight and you need to have a very, very strong investment in product excellence. That is how you win the game. Coupled with that, we have to be really good at scalability.

Q. What are your key differentiators?

A. The fact you can use our product on mobile, on any browser, you can use it on a Mac — things we take for granted in most of our lives but in healthcare IT, this is a big deal. The fact that this system has a lot of intelligence built into it is also a big differentiator. That goes hand in hand with our cloud-based delivery model. Having rules around what can be paid or what are the clinical protocols, these are things that help doctors achieve better results. So we made a big investment on the front end to help doctors make sure that what they bill for is going to be paid the first time around. We are one of the very few companies that has a capability like that — it helps drive amazing results for practices.

On the economic side, a big differentiator for us is the pay as you go model. Who these days wants to spend a bunch of money on hardware and software that becomes obsolete very quickly? What’s sad is given the government stimulus that occurred in 2008-2009, a lot of practices went out and bought these old solutions with these old hardware platforms. Statistics say that 50 percent of them are going to be back on the market this year. ... They will probably favor the pay as you go model.

Usability is also a big, big reason people choose us.

Q. What are the challenges to the fast growth you have been experiencing?

A.We think, and no one has disagreed so far, that this is the most ambitious undertaking ever attempted in a healthcare IT company, because of .... the fact that we built the financial and clinical apps from scratch, the fact that we rolled out a patient connectivity solution, with revenue cycle management as part of it, and rolled it out for 48 states and 50-plus medical specialties for small, medium and large practices. Most people have not done that in five years or less.

I think I have done a pretty good job in dealing with entrepreneurial risk but the risk that remains is all execution-based. How have I been dealing with that? Bringing the best people in the world to the company.

Q. Do you have plans to go public?

A.Plans is a strong word but we have always had the idea that we should build the company to go public. I think that is our most likely outcome. But more than anything, we are focused on building a company that can go public and stay grounded in the present as much as we can, but there is certainly no reason that we couldn’t go public and the market for going public is very good right now.

Q. How has the Affordable Healthcare Act impacted your business and what are your doctor clients saying?

A.It’s a little early to tell. Doctors are concerned about the sustainability of their practices as reimbursement is shrinking. Every year they confront the whole sustainable growth rate equation and potential massive cuts to reimbursement. Obviously the costs of operating their practices typically are not going down, they are going up. They are concerned about their ability to see all these new patients that theoretically are going to show up through all these exchanges.

We benefit from change in general. ... Rather than a small practice keeping up with all this stuff, a lot of it is us keeping up with changes on the doctors’ behalf so they can continue doing what they have always — practicing heathcare. That said, it is really hard and expensive to keep up. Every time we hit a major milestone, we have to keep running on the treadmill.

Q. How does your partnership with UM fit in with your overall strategy?

A. We’ve always been big fans of UM and what it has done with healthcare under Dr. Shalala’s leadership. We started participating in their conference three or four years ago and were always very impressed. We decided to sponsor it again this year and do some deeper things than we have done in the past with the CareCloud Scholar program. And we want to grow that program.

As to strategy, it’s talent — this business is all about the people. We want to identify and recruit the best people we can.

Q. What is it like to grow a tech business in Miami?

A. It’s a little harder here than in some places. We don’t have venture capitalists all over the place here. We decided the place to go for that was the West Coast. ... What we have always done is had a foot here and a foot there. Over there you have tons of Stanford and Berkeley students graduating and entrepreneurial ventures spawning, but I think that if we play our cards right that will happen here. There is all these negative things that also exist there but not here. Doing business in California compared to Florida it is very expensive, a lot of bureaucracy, and the competition for talent is really difficult. And the taxation for VCs, if there is not reform, i think the landscape will be changing. More people will be setting up shop in other places.

I believe Miami can emerge with a West Coast risk-taking mentality. It’s a very entrepreneurial place, a lot of it built by immigrants who weren’t afraid of risk, and at the same time it is a place that is growing. We’re close to overtaking New York as the third most populous state. It’s obviously a very attractive place to do business, the weather, it’s a major city, it’s an NFL city, it has a major airport, for real estate it’s a heck of a lot cheaper than New York and San Francisco. And Miami has gotten more serious about controlling corruption and illegal activities. You see incubator activity, like Venture Hive and others helping entrepreneurs get started. We’ve come a long way. I’m optimistic.

Q. Are we already a heathcare technology hub?

A. We are already certainly a huge heathcare hub and if you believe innovation happens around a need that explains why CareCloud is here. What I would like to see is Miami become a leading healthcare IT hub. For healthcare IT, the biggest concentration is Boston; other than that, it is spread around. We have an opportunity to put Miami on the map for real. We also have the ability to incubate other companies, and really become a leading city.

Q. I’ve heard you say you want to develop a CareCloud incubator. Is that still in the plans?

Q. How can local companies do a better job retaining tech talent?

Even in the big companies, the CEOs of those companies realize that technology is disrupting the way they do business. so they need to foster intra-preneurial programs in their own companies to attract and retain the best engineers and rethink their strategies.

We’re continuing to have a lot of fun doing what we’re doing. It’s not easy, the challenges are tremendous, but we are getting it done. We’re proud of the fact we are doing it here in South Florida. We hope people are taking notice here. We hope we are setting an example of what’s possible.

Previous: Founder and chairman of Avisena, a software-enabled revenue cycle management company in the healthcare industry. He led the revenue growth of the firm from $0 to $16 million between 2004 and 2008.

Personal: Born in Baltimore to Cuban parents. Lived in Miami since 1978. Married to Becky Santalo and has four children.