VC investments up sharply in Florida in 2013 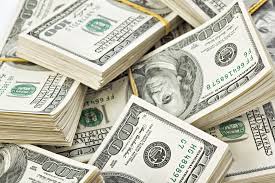 Venture capitalists invested $421 million in 37 Florida companies in 2013  —  that is double 2012’s total and the best year since 2004, according to data released Friday. South Florida companies attracted the lion's share of that total  —  $284 million, or more than two-thirds of the total invested in the state.

Statewide, software investments clearly led the pack, with $194 million going into that industry, according to the MoneyTree Report by PricewaterhouseCoopers and the National Venture Capital Association. Half of that total went into a fourth-quarter investment in OpenPeak, a Boca Raton mobile enterprise software company. The $93 million investment was led by Castletop Capital and GMG Capital Partners. Coconut Grove-based Open English’s $65 million raise earlier in the year was the second biggest investment in 2013; while Miami-based CareCloud’s $29.3 million was the third largest.

Life sciences was another strong category for Florida venture capital, with $107 million, or a quarter of the total, heading into that industry, which includes biotechnology and medical device companies.

That doesn’t surprise Matt Rice, a venture capitalist with Ballast Point Ventures in St. Petersburg, a firm that invests in healthcare and technology companies in the Southeast but has a heavy emphasis on Florida. Ballast invests in a number of healthcare and life science investments, including TissueTech, SleepMed and MolecularMD in South Florida.

Even though life sciences may have fallen out of favor during the recession, “I do see the sector as rebounding -- 2013 was a very successful year for life science IPOs,” said Rice.

Nationally, venture capitalists invested $29.4 billion in 3,995 deals in 2013, an increase of 7 percent in dollars and a 4 percent increase in deals over the prior year, according to the MoneyTree Report, based on data from Thomson Reuters. Early-stage companies attracted a third of the dollars and half the deals in 2013, an increase over 2012 and a trend that also held true in Florida.

Software was also the big driver nationally, with steady quarter-over-quarter growth throughout 2013. Annual investments into the software industry reached the highest level since 2000 with $11 billion flowing into 1,523 deals in 2013. Those dollars account for 37 percent of total venture capital invested in 2013, the highest percentage since the inception of the MoneyTree Report in 1995.

Biotechnology investment dollars rose 8 percent while volume decreased 2 percent in 2013 to $4.5 billion going into 470 deals, placing it as the second largest investment sector for the year in terms of deals and dollars invested. The Life Sciences sector, which also includes medical devices, accounted for 23 percent of all venture capital dollars invested in 2013.

Mark McCaffrey, global software leader and technology partner at PwC, said in a conference call that overall, average deal sizes are the highest since the first quarter of 2007.  "There is a lot of energy around internet-specific companies and stronger interest in biotechnology. We are hearing that this optimism is being fueled by a strong exit market, an improved economy, and as always, innovative entrepreneurs. VC investment is also being bolstered by the continued involvement of corporations in VC deals,” added Bobby Franklin, president and CEO of NVCA.

Looking ahead, Rice believes that in addition to healthcare, which will see “quick and massive change,” companies in technology-enabled business services will also see continued investor interest. He sees software-as-a-service platforms becoming much more specialized and industry specific.

To be sure, Florida’s take is still a tiny slice of the total venture capital pie — in 2013, just 1.4 percent for the country’s fourth most populous state.

But that old VC adage still applies, money follows opportunities. “The entrepreneurs are here, the opportunities are here, compared to California it’s a much more business friendly state, colleges are providing the talent." said Rice. "This combination over time will attract more capital to the state.”