« View: Miami is the brand, Miami is the region | Main | An open letter to the mayor of Miami Beach: You’re wrong and here’s why » 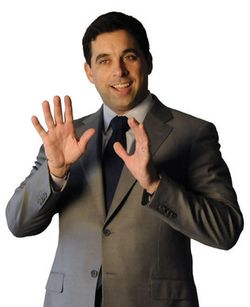 Miami Beach Mayor Philip Levine turned heads at the U.S. Conference of Mayors winter meeting this week when he said that trying to make Miami Beach a technology hub is the “dumbest idea in the world.”

“As much as it sounds great—it’s sexy—that’s not who we are,” said Levine, according to an item written by The Washington Post’s Lydia DePillis.

Instead, he said, tourism is the city’s strength, along with its beauty and low taxes that attract wealthy investors from the worlds of private equity and hedge funds. Miami Beach, he said, is “a little bit like the Monaco of America.”

“It’s important for cities to play to their strengths. Don’t try to be something you’re not,” added Levine, a millionaire entrepreneur who was elected in November.

It was a puzzling statement from Levine, whose city has been part of a regional transformation happening in South Florida. Miami Beach itself is home to startup Rokk3r Labs, is a place tech founders like Open English’s Andres Moreno call home, and in the past year has hosted widely acclaimed – and well-attended – startup gatherings like Start-Up City: Miami and SIME MIA. Meanwhile, across Biscayne Bay, neighborhoods from the city of Miami’s Coconut Grove to Wynwood, are increasingly buzzing with startup energy.

Later, Levine said some of his comments had been taken out of context, while he stood by the substance of his remarks. Still, his emphasis on tourism and financial elites buys into a dated narrative that completely misses the enormous shifts now remaking the Miami metropolitan area, including Miami Beach.

Consider higher education. DePillis writes that Miami Beach won’t work as a startup center because “the city has neither a bunch of cheap office space nor good universities, which are two of the key ingredients of a successful start-up culture.”

But she’s wrong – big time. Miami Beach, a seaside city of 90,000 people, sits within Greater Miami, an area of 2.5 million people that more and more is a center of higher education. FloridaInternationalUniversity ranks among the 10 biggest universities in the country.

Meanwhile, Miami Dade College has the largest enrollment of any four-year, campus-based college in the country. The University of Miami, a private institution, is the top ranked university in Florida. Taken together, a recent study found that the Miami metropolitan area now ranks seventh nationally by college students per capita.

The region’s capacity for entrepreneurship also appears lost in Levine’s comments. Last year, a study by the Ewing Marion Kauffman Foundation measuring per capita entrepreneurial activity ranked the Miami area No. 1 in the country.

Miami’s core downtown population (meaning people who live within a mile of the intersection of Flagler Street and Miami Avenue in the city center) has grown to nearly 50,000, an 80 percent increase over the last decade, according to Miami’s Downtown Development Authority.

Within the area three miles from the city center, including neighborhoods such as Little Havana and Edgewater, the population now sits at more than 211,000, a gain of more than 20 percent over the last 10 years.

Even more notable: Amid this growth, Miami recorded the fastest increase in well-educated young adults living in close-in urban neighborhoods of any large metro area in the nation, according to economist Joe Cortright.

Meanwhile, the area’s cultural life has transformed. In seven years, the AdrienneArshtCenter for the Performing Arts, Pérez Art Museum Miami and the New WorldCenter in Miami Beach have all opened. YoungArts Foundation is developing an urban arts campus with renowned architect Frank Gehry. Fine art galleries and graffiti artists are helping revitalize Wynwood and other neighborhoods.

And Miami, which boasts an adult population that is 65 percent foreign-born, is increasingly international. One example of this unique diversity: Endeavor, a nonprofit that fosters high-impact entrepreneurship, launched its first U.S. affiliate in Miami last year, and the 11 Miami residents who constitute the local board and managing director represent seven different countries of origin.

Seven years ago angel investor Paul Graham wrote an essay on what it takes to reproduce entrepreneurial hotbeds like Silicon Valley. His conclusion was that it all centered on two kinds of people: rich people and nerds.

Graham postulated that you need smart creatives to present ideas and wealthy investors to back them. “Few startups happen in Miami,” he wrote, “…because although it’s full of rich people, it has few nerds. It’s not the kind of place that nerds like.”

He then outlined the elements required to attract the so-called nerds: a strong university system, urban density and a cool factor through a strong cultural life.

The Miami we knew a decade ago didn’t have a great case to make on each of those points; the new Miami does.

That’s why a year ago we at Knight Foundation widened our lens on Miami’s creative community, focusing not only on artists but on connecting and supporting the emerging community of entrepreneurs, makers and startups. The goal is to help make Miami more of a place where ideas are built. Our bet is that, if done well, this will result in a greater community of problem solvers and a strong sense of place and possibility that ultimately leads to greater talent retention and attraction.

We’re helping to fill the gaps that exist in this nascent ecosystem by investing in places for entrepreneurs to work and share; in mentor and investor networks; in convenings; in better communication; and in targeted educational and talent initiatives.

We don’t aim to create another Silicon Valley. Miami will be its own version of itself. But by leveraging Miami’s growing strengths we can shore up weaknesses – namely, growing enterprises and retaining talent – that will help Miami take an important next step.

In the first year of this effort, the signs are good. Knight Foundation helped launch The LAB Miami co-working space in Wynwood, which opened in February. The space is home to some 140 entrepreneurs and attracted more than 22,000 visitors to events and educational workshops last year.

With Knight Foundation support, Refresh Miami, a monthly meet-up group of South Florida entrepreneurs and tech enthusiasts, grew from 3,000 members in May of last year to more than 8,000 members now.

Endeavor, which launched with Knight support, is off to a fast start. The nonprofit has helped start thriving entrepreneurial ecosystems around the world by identifying high-potential entrepreneurs and, after rigorous vetting, picking a select few who gain access to Endeavor’s network of funding, mentors and other support to help them scale and serve as catalysts for the entire community.

Meanwhile, people are streaming to entrepreneur-focused events. In February Knight Foundation funded Start-UpCity: Miami, which was organized and led by Richard Florida and The Atlantic. The daylong event, which featured speakers like Zappos entrepreneur Tony Hsieh, drew more than 700 people and 4,000 live-stream viewers.

Picking up on the fact that Start-Up City: Miami was held at New World Center – literally across the street from Miami Beach City Hall – former Miami resident Craig Chestertweeted in response to Levine’s comments: “A mere few months after @Richard_Florida and @TheAtlantic host ‘The Start Up City’ in Miami Beach, the new mayor tells them to go to hell.”

As it happened, it didn’t quite end that way. A few hours after Levine’s post appeared on The Washington Post’s Wonkblog, the mayor tweeted: “Tech quote taken out of context. As an entrepreneur, I support all business startups.”

Then Levine did an interview with Nancy Dahlberg of the Miami Herald’s Starting Gate blog, to clarify his position.

“I stand by what I said,” he told Dahlberg. But then went on to say that he believes neighborhoods like Wynwood, the revitalizing Miami warehouse district, are well suited to build a startup culture.

Miami Beach, on the other hand, is a “tiny piece of land” with core competencies in travel and conventions. But Miami Beach is not a center for startups, Levine told Dahlberg: “That’s not who we are.”

But in the rapidly evolving new Miami exactly who and what we are is an ever-changing thing, and Miami Beach is an essential part of the important shifts happening in South Florida.

Matt Haggman is the Miami program director at Knight Foundation. This was written for the Knight blog and cross-posted with permission.