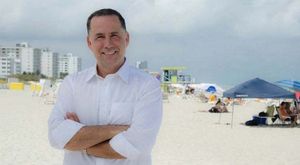 Fresh off his comments about tech hubs that sparked a passionate community response, Miami Beach Mayor Philip Levine has just confirmed as a speaker at the upcoming Start-Up City: Miami event March 31.

Mayor Levine attended a SIME MIA celebration this week, where he said he has been enjoying meeting fellow entrepreneurs and learning more about the tech community. He also said then he was interested in exploring ways Miami Beach can help build and support a tech hub in Miami.

The daylong Start-Up City: Miami, produced by The Atlantic and The Atlantic Cities’ in partnership with the John S. and James L. Knight Foundation, will gather leading entrepreneurs, government officials, and tech experts at the New World Center in Miami  to explore the key components of a successful urban tech hub, with a particular focus on the entrepreneurial activity underway in South Florida, and how to harness the economic potential of Miami and delve into the fundamental questions underlying the next stage of startup success, organizers said.

Some of the confirmed speakers includ Sean Ammirati, partner at Birchmere Ventures,  Gonzalo Costa, co-founder and director of NXTP Labs, Manny Medina, founder of Terremark and Technology Foundation of the Americas and Andres Moreno, founder and CEO of Open English.