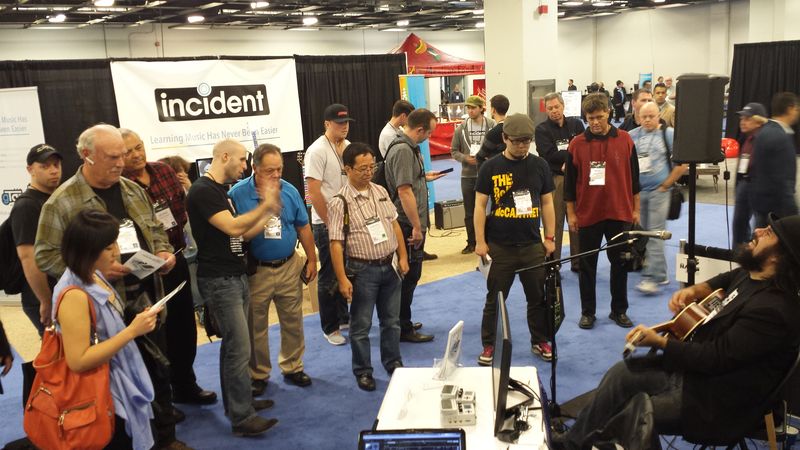 A BeatBuddy demo at the January show of NAMM, the National Association of Music Merchants, in Anaheim, Calif.

If you are an entrepreneur, never underestimate the power of a passionate fan base. 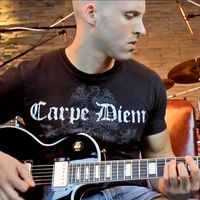 Musician-entrepreneur David Packouz of Miami, the 31-year-old inventor of the BeatBuddy, the first guitar pedal drum machine, rocked out with his Indiegogo crowdfunding campaign, blowing past his $75,000 goal in the first 24 hours. As the 50-day campaign closed Tuesday evening, he had raised $349,236 from 1,802 funders. That's a 466 percent increase.

That’s no easy feat, as most campaigns never even make it to their goal. While Indiegogo does not release success rates, its dominant competitor, Kickstarter, does: Just 44 percent of Kickstarter campaigns make their funding goals. Indiegogo’s rate is estimated by various tech publications to be lower. The amount raised also placed BeatBuddy as the 45th “Most Funded” campaign on Indiegogo, which launched in 2008 as a platform to help innovators get their project funded through campaigns to the public. So far, Indiegogo has hosted more than 190,000 campaigns from nearly 190 countries, with about 7,000 campaigns going at any one time, a spokesman said.

So how did Packouz stand out? “The most important actions to take in order to achieve success in crowdfunding include being proactive, having a good pitch and finding an audience that cares. David is a great example of the incredible results that can be achieved by executing these key actions,” said Kate Drane, Indiegogo's Hardware Lead. “It's important to make a campaign personal.”

Packouz developed and patented his first product to give a musician creative pedal control over a variety of drum beats and sounds after he searched in vain for a similar product for himself. “It literally puts the power of a live drummer right at your feet,” said Packouz, who studied engineering at Miami Dade College and has founded electronics import, government contracting and app development businesses. “My philosophy is keep it simple and keep it useful.”

Long before Packouz launched the campaign, he began engaging with — and listening to — his potential customers on online guitar forums and through Facebook, tweaking his product as he went. By the time he was ready to launch his crowdfunding campaign, he was confident he would meet his fund-raising goal. He designed it for early support by offering the first 500 donors a discount of nearly 50 percent off the expected retail price of $350.

But more than quadrupling his goal? He didn’t see that coming.

Once the crowdfunding campaign started rolling, Packouz and his brother, Eli, an MDC engineering student, responded to or “liked” every comment or post. In addition, they rolled out new videos every week, set to music, that explained features of the product or demonstrated how the BeatBuddy worked. They “boosted’’ their Facebook postings, basically paying Facebook to give them more exposure. They sent their earliest 500 supporters T-shirts early in the campaign.

Indiegogo, which has more than 9 million unique monthly users, says that campaigns that post videos raise 115 percent more than those without them. Campaigns that send out at least three updates — messages or announcements from the inventor to supporters after the campaign has launched — raise on average 239 percent more than those with fewer. Packouz posted 12 videos and eight updates.

“Our biggest limitation was time,” Packouz said, “From when I woke up to when I went to sleep this was all I did, and my brother as well.”

The campaign faced early challenges. Many in BeatBuddy’s core demographic — garage musicians in their 40s and 50s “who grew up in the glory days of rock ‘n roll and have the disposable income to buy these awesome toys” — weren’t familiar with crowdfunding and found the process confusing, Packouz said. So he directed the campaign to a form on his website that explained crowdfunding more completely and included a big “order now” button. This also allowed him to capture information for future correspondence with potential customers.

Packouz said he chose to go with Indiegogo rather than Kickstarter, which draws far more traffic, because Indiegogo releases funds as they roll in instead of waiting until after the campaign. That allowed funding for him and his team — contract engineers from three companies plus Goran Rista, who is in charge of content — to begin the manufacturing process immediately. He also liked that Indiegogo also offered more payment options for his customers, who hail from around the world.

Packouz expects to deliver the first production run — about 2,000 BeatBuddys — to his Indiegogo supporters in April. Immediately after the campaign ended, he plans to take pre-orders on MyBeatBuddy.com for BeatBuddys at $250 for a second, larger production run this summer. Once the product hits the stores, the price will be about $350, Packouz said.

So what are Packouz’ keys to success?

One fan posted about the BeatBuddy on 18 different blogs. Packouz ran into him at a music trade show. “We gave him a T-shirt. He put on the T-shirt, posed for a picture with me and posted that, too.”

The beat goes on: Beatbuddy’s fan base has been pitching Packouz ideas for more musical products, and he has four ideas of his own.