« Alexis Ohanian, co-founder of reddit: 'Life is not a paint by number - figure it out' | Main | With matchmaking risk, there's reward: a healthy ecosystem » 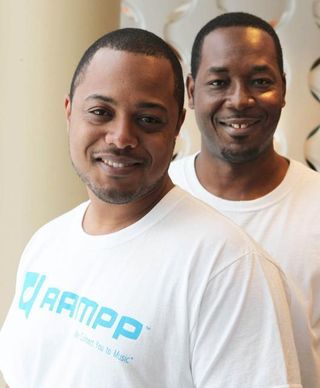 Story: When the co-founders, Garth Soshahi and O’Neil Anderson (pictured), first met in 2006, they discovered they had the same idea for a forum where different elements of the music industry could meet. At the time, the idea was a little ahead of its time, but they kept talking (including a four-hour middle-of-the- night call where the idea was mapped out) and later committed to developing a social network from the ground up. They started hiring developers and building out the site, and began beta testing in 2012.

Both founders come from a music background. Soshahi started as a recording artist, then moved into artist management (he managed rapper MC Jin when the performer was in his teens) and later owned an independent record label and recording studio. Anderson, a Miami-Dade police officer until resigning in March 2013 to devote full-time attention to AAMPP, also managed several artists and ran a management company and recording studio.

Employees in addition to co-founders: Chief architect, head developer and executive writer/partner, plus a contract developer in Ecuador. 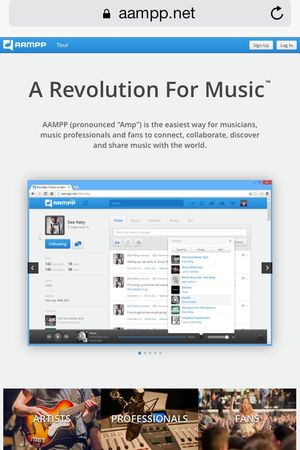 Recent milestones reached: With no marketing, AAMPP came out of beta last month with new feature sets and about 4,000 members. Launched the AAMPP Independent Music Discovery App in the Apple App Store, and neared 1,000 downloads the first week. Launched into private beta its AAMPP Instant music distribution feature, which allows independent musicians to sell content for sale directly on AAMPP. “For musicians, our pricing model is very attractive,” said Anderson. “We cut the middleman out of the equation,” Soshahi added.

Biggest startup challenge: Raising money is a challenge, but even more so, it is the location, said the founders. “We have a growing tech scene… but it is slow. A lot of people don’t understand and support the startup culture yet,” said Anderson. Still, “We are staying very tenacious; we keep moving forward. We keep talking to friends and family. … Let’s start investing in entrepreneurs here,” Soshahi added.

Next steps: Raise capital; launch revenue-driving services; focus on marketing. “With the app and AAMPP Instant in beta, we are looking to use those avenues to create growth. We want to convert those users into paid members in the paid services we plan to have out in the next six months. We want to hire more developers and build the team to get things done,” said Anderson. The company has now launched its brand ambassador program called AAMPP Envoy to find college and high school students to help build its brand recognition; in exchange AAMPP will give out perks and may also provide independent musicians from AAMPP to perform at their campus concerts and parties.