Alexis Ohanian, co-founder of reddit: 'Life is not a paint by number - figure it out' 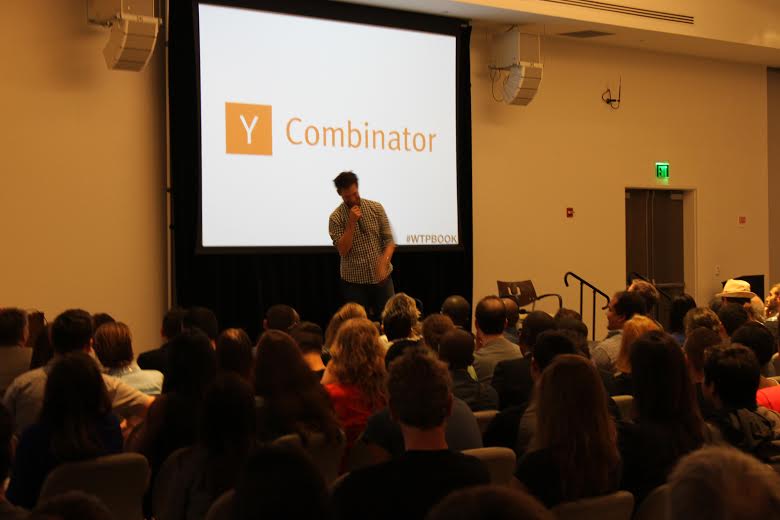 You are a rounding error.

That’s what a Yahoo executive told reddit co-founder Alexis Ohanian in 2005, making fun of the site’s early traffic numbers. That became a slogan on Ohanian’s wall that to this day still motivates him.

Ohanian, the 30-year-old serial entrepreneur, investor and also the author of the new book Without Their Permission: How the 21st Century Will Be Made, Not Managed, spoke to nearly 600  students, entrepreneurs and techies  at a Refresh Miami event at the University of Miami on Sunday night before spending time signing books and continuing the conversation at the after-parties. Refresh Miami is South Florida's largest tech-entrepreneurship organization.

“The world is not flat… but the World Wide Web is. That is what made it possible for me and Steve Huffman to build a little website from a little apartment that now has more traffic than the New York Times and CNN (that would be 112.8 million unique visitors viewing 5.5 billion pages last month), with nothing more than the Internet and a computer,” Ohanian told the audience. “The incumbents, they don’t understand it .. but all of us here, you all are Lewis and Clark building the new frontier, you are building it under our feet.”

“For those of you who code, congratulations. You are learning the most valuable skill in this century,” Ohanian continued. For the rest of us, the good news is that learning is accessible from sites like Codeacademy or railsforzombies.org.

Packing his speech with inspiring and funny stories from his book, he told about how the co-founders were nearly rejected for the first Y-Combinator class, but Paul Graham told them while they hated the business idea, they liked the entrepreneurs. If they were willing to change their idea, they were in. And they did. The initial version of reddit went up within about three weeks of starting Y-Combinator in 2005.

Not that it was pretty. Nor was “The Facebook” or Twitter’s first versions. But they were solving a problem. “We had no idea what we were doing. Life is not a paint by number…. Figure it out,” he said. “Failure is an option as long as you learn from it.” 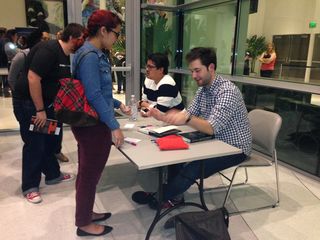 With just $12,000 in the bank, they learned about Digg after they launched. But their advisors told them, do not care about the competition – care about are your first users. “Do not create for TechCrunch, create for your users,” Ohanian said. “Treat them like the gold that they are... The Internet allows your awesomeness to scale.”

Still, much of the world has no access to the Internet, and he ended with a call to action: “At the end of the day, we are the ones who have to change this. We will have to figure this out.”

As part of the presentation, he had a fireside chat with Stephen Spiegel of the local startup CrewHu, an online contest platform for employee recognition programs. Spiegel, also a UM MBA alum, talked about his own entrepreneurial journey, what it's like building a business in Miami and why he left a successful career in franchising to take a risk on a startup. “The 'why' is because I love it. Then you find your 'how',” Spiegel said.

After the talk, Ohanian said that he enjoys speaking at college campuses (his book tour includes about 80 campuses out of about 200 stops overall) because he gets to give the speech that he wished he had heard when he was at University of Virginia -- that you will have more freedom in your college years than you will probably ever have in your entire lives to try things, build, learn coding skills. And even if leading a company isn’t for you, there’s a world of opportunity at startups, he said, noting that of the 80 companies he invests in, every one of them is hiring right now.

Miami Beach Mayor Philip Levine, who kicked off the evening with a few comments, seemed to agree. “It’s the greatest time in the world to be an entrepreneur,” Levine told the crowd. The mayor, who stirred up some controversy with his remarks at a DC conference, introduced himself to the tech community, told his story of starting Onboard Media and other companies and ended by reminding the audience that on his private side, he is an active investor, and he’s open to hearing pitches.