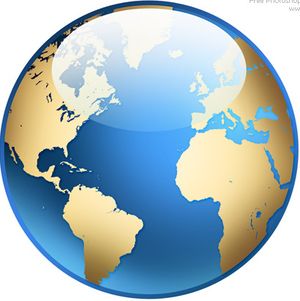 A new national study released Tuesday by the Ewing Marion Kauffman Foundation found that South Florida has grown faster than all other top metro areas in immigrant tech entrepreneurship.

The report lists the top 25 Metropolitan Statistical Areas by their share of high-tech entrepreneurs, immigrant and U.S. born, with New York, Los Angeles and San Francisco metropolitan areas accounting for about a third of all immigrant high-tech entrepreneurs in the country in 2011. Yet, Miami and Fort Lauderdale have the No. 1 and No. 3 highest rates of foreign born high-tech entrepreneurs -- 37.4 and 25.8 per 10,000 workers respectively, compared to, for example, tech hubs like  San Francisco, 21.5, New York, 15.8 and Austin, 9.8, the report shows. San Jose is No. 2 with 33.8 per 10,000, yet San Jose had a much higher rate than Miami in 2000.

Perhaps more significantly, the Miami and Fort Lauderdale metro areas were No. 1 and No. 2  for growth rates of immigrant tech entrepreneurs between 2000 and 2011. Other  metros registering substantial growth include Atlanta, Chicago, Houston and Washington, D.C. The metros of Silicon Valley – San Francisco and San Jose – did not experience substantial growth.

It is important to note that this study, “Lessons for U.S. Metro Areas: Characteristics and Clustering of High-Tech Immigrant Entrepreneurs,” is based on data from the American Community Survey and looks at 2000-2011 --  just before the most recent push to grow tech entrepreneurship in South Florida began.

Data is always a bit behind but still, that’s a pretty big change, said Gary Painter from the University of Southern California, one of the study’s authors. “There is already a high rate of immigrant high tech workers in your area, and it has had the fastest growth over the past decade. Our model shows … high tech immigrants like to be near other high tech workers and they like to be near other immigrants so Miami is in a really strong position to capitalize on this trend.”

Other key findings in the study:

* Eighty percent of immigrant high-tech entrepreneurs operate in the largest 25 metropolitan areas, compared with 57 percent of their U.S.-born counterparts.

* Nationally, immigrants comprised 20 percent of the high-tech work force and 17.3 percent of high-tech entrepreneurs between 2007 and 2011, representing an increase of 13.7 percent and 13.5 percent, respectively, from 2000.

* Nationally, between 2000 and 2011, the number of self-employed immigrants in high-tech industries increased by 64 percent, compared with 22.6 percent for U.S.-born.

* Since the beginning of the new century, immigrants from Colombia, China, India, Korea and Vietnam expanded the number of the self-employed in high-tech industries. On the other hand, the number of high-tech entrepreneurs from Iran, England, Mexico, Germany and Cuba stagnated.

“Because immigrants are far more likely to start businesses – particularly high-tech companies – than are the native-born, their importance in the U.S. economy is increasing,” said Dane Stangler, vice president of Research & Policy at the Kauffman Foundation. “As America seeks to grow more high-tech businesses, this research provides strategies and policy implications for cities and states that want to attract highly skilled immigrant entrepreneurs.”

Find the study at Kauffman.org here.

Posted by Nancy Dahlberg 03/25/2014 at 11:50 AM in Entrepreneurship research, Technology | Permalink